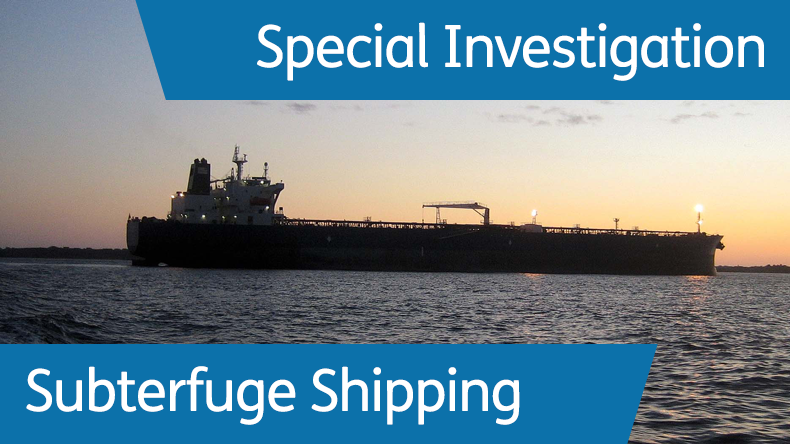 
Fifty-seven tankers in the subterfuge fleet — a group of vessels identified by Lloyd’s List to have been engaged in evasive activity linked to the shipping of sanctioned Iranian and Venezuelan oil — had their class withdrawn or suspended over the past 12 months.

The Tanzanian International Ship Registry said it deflagged four tankers for their involvement in ship-to-ship transfers of sanctioned Iranian oil.

International Group pool claims are at a record high for the nine-month stage of the claims year, according to a financial update from Steamship Mutual.


Hamburg’s tight-knit maritime community has expressed dismay at further erosion of the city’s influence within the shipping world as Maersk continues to dilute the autonomy of its Hamburg Süd subsidiary.

The Lloyd’s List Podcast: Despite significant efforts by international organizations, unions, companies and some governments to sort the crew change crisis, we are now starting to see the situation getting worse as governments bring in more travel bans in response to the new strains of coronavirus. We discuss the implications with Graham Westgarth, chairman of V.Group, who warns that the crewing crisis yet to emerge will be when seafarers decide not to return to work.


A slow soyabean harvest in Brazil, which has lagged behind the previous years’ records, will limit export activity in the short term, according to analysts.

The continuing congestion in Los Angeles and Long Beach led to the loss of nearly 650,000 teu of available capacity on the transpacific in late 2020, making it even more difficult for shippers to find space for US-bound cargoes.

Hutchison Port Holdings Trust has managed to post full-year volume growth at its terminals in 2020 after business rebounded from the adverse impact of the pandemic.

The military coup in Myanmar has sparked concerns regarding the wellbeing of almost 200 crew working on the Yetagun oil and gas condensate project operated by Malaysia’s national oil company, Petronas.

An attempt by pirates to board a very large crude carrier off Gabon failed, according to a monitoring group.

Combined chemical and oil tanker Sea Phantom (IMO: 9326653) was boarded by pirates off Equatorial Guinea during the weekend, with Lloyd’s List Intelligence reporting the attack was unsuccessful and the vessel had arrived safely at port in Malabo.

The Sustainable Shipping Initiative has released criteria to help assess the sustainability of alternative fuels.