Free to read: An inconvenient truth: Flags failing | EU is about to push the first-ever fuel carbon intensity measure on shipping | Neptune leads the way, but will everyone follow? | The Lloyd’s List Podcast: Is the crewing crisis getting worse? 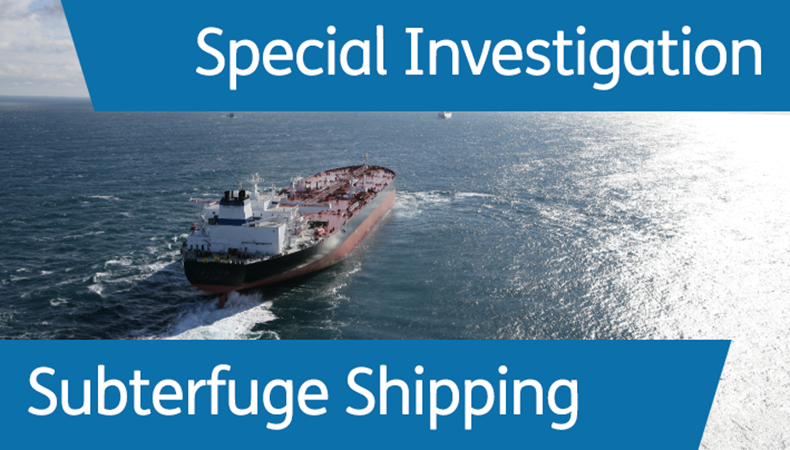 
Registries representing 12 African, Pacific and Caribbean countries flag 75% of tonnage identified by Lloyd’s List as evading US sanctions and shipping cargoes of Iranian or Venezuelan crude.

Ships calling at European ports may soon have to source and operate on less carbon-intensive fuels under a new plan that actors across the board are warning will have major impacts while receiving insufficient attention.

The latest industry effort to stem the crew-change crisis, which has spiralled into a full-blown humanitarian crisis at sea pledges co-operation and shared responsibility from the coalition of the willing. But the persistent problems require the rhetoric to be matched with action, and the unwilling to be called out.


The European Union ban on asbestos on ships appears to be seeing only light-touch enforcement in its early days due to a backlog of ships needing to conduct inventories and practical difficulties caused by the pandemic, according to industry sources.

Climate scientists in Southern California think the storm that hit the 2010-built, 13,092 teu Maersk Essen in the Pacific Ocean on January 16 was part of a phenomenon known as an ‘atmospheric river’. Some 750 containers were lost in the incident.

The Lloyd’s List Podcast: Despite significant efforts by international organizations, unions, companies and some governments to sort the crew change crisis, we are now starting to see the situation getting worse as governments bring in more travel bans in response to the new strains of coronavirus. We discuss the implications with Graham Westgarth, chairman of V.Group, who warns that the crewing crisis yet to emerge will be when seafarers decide not to return to work.


Global container traffic in 2020 came in at just 1.2% lower than in the previous 12 months despite the upheaval of the pandemic.

A slowdown in cargo liftings over the Chinese New Year may help to take some of the heat off the current disruptions in the supply chain, but shippers face several more months of delays.

Norway-based Kanfer Shipping has acted on its long-term view that charter opportunities for liquefied natural gas bunker vessels are ripe for the picking and has placed orders for its first pair of ships.


Crew on another abandoned ship have gone on hunger strike in protest of their working and living conditions, Lloyd's List has learned.

Korea Shipbuilding & Offshore Engineering has said orders for 10 very large crude carriers have been cancelled due to a failed initial payment from the buyer.

China’s Zhonggu Logistics has firmed up orders for 10 4,600 teu boxships with Yangzijiang Shipbuilding as part of its $700m fleet expansion spree.

Stena Line says it hopes to run two electric ferries between Gothenburg and Frederikshavn by 2030.

A reduced fleet and a non-cash impairment charge led First Ship Lease Trust to a fourth-quarter loss for 2020.

The US has filed a lawsuit alleging that all oil on board the 2010-built, 298,763 dwt Achilleas is subject to forfeiture.