Free to read: Seafarer abandonment cases continue to climb | Suicides at sea go uncounted as crew change crisis drags on | Tankers ‘not out of the woods’ until mid-2022 | China’s owners and port groups urge efforts to temper sky-high box rates 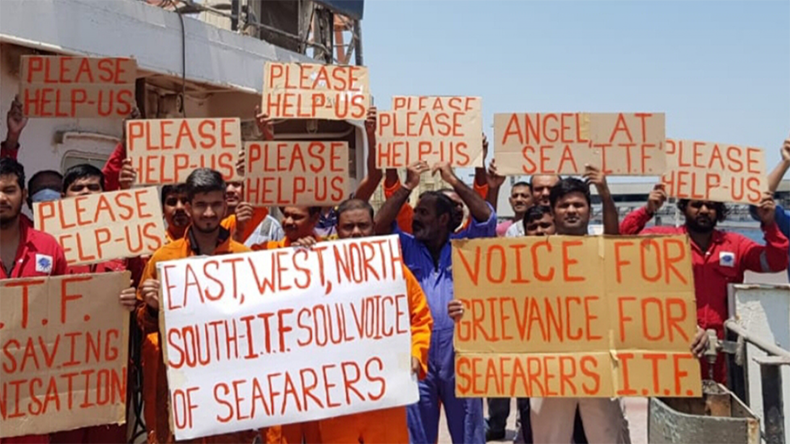 
Seafarer abandonment is continuing to rise, with 30% of new cases already reported compared with the whole of the past year.

The crew-change crisis may well be increasing the numbers of seafarers taking their lives at sea. But there is no central database, so we don’t know.

Braemar ACM has put the brakes on bullish talk of any vaccine-led growth in oil demand leading to a full recovery for the beleaguered tanker sector by the second half of 2021.

Continued markups in container shipping rates have prompted shipowners and port associations in China to urge their members to provide grumbling shippers with more comfort.


The head of one of the largest third-party shipmanagers believes the terabytes of data generated every second by a huge fleet of vessels can bring business-leading industry insight.

Contract freight rates have risen sharply and could well remain high for the remainder of 2021, but the newly established rates are partially making up for losses incurred over the past five years.

Lloyd’s List Podcast: Everything you always wanted to know about P&I, but were afraid to ask.


The winter storms in the US state of Texas have bolstered product tanker tonne-mile and charter rates as key importers of US products are forced to turn to importing from Europe to meet demand.

Thai dry bulk operator Precious Shipping sees many positive factors combining to support the strengthening of the dry bulk market for the next few years, despite the company reporting wider losses for 2020 as compared with a year before.

Forwarders are failing to tap into shipper-owned container capacity that could help tackle the shortages of equipment that are plaguing the containerised supply chain, according to a new study.

Pavilion Energy, which counts Singapore sovereign wealth fund Temasek as one of its investors, has signed another multi-year liquefied natural gas offtake agreement with supermajor Chevron, calling for cargoes to be delivered with emission profiles attached to them.

Korea Shipbuilding & Offshore Engineering said it has secured a string of orders worth Won540bn ($510m).

Four people were injured in an explosion on a bulker at the port of Gibraltar.

Kuehne+Nagel is expanding its Asian operations with the acquisition of China-based freight forwarder Apex International.

Workers in the beleaguered oil and gas industry may be able to find some reprieve in the offshore wind sector, according to a Rystad Energy analysis.

China’s Zhonggu Logistics has concluded its $700m newbuilding project, with the latest orders for up to eight panamax boxships at compatriot Jinling Shipyard.