Free to read: Attacks on vessels being stoked by economic impact of coronavirus | Crew kidnapped from vessel in Gulf of Guinea | Dry bulk SP activity playing catch up this year 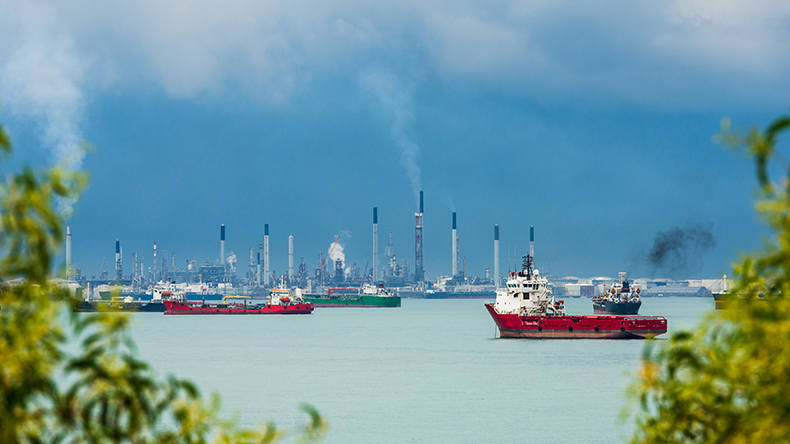 
Concerns have been raised about an increase in attacks on vessels in the Singapore Strait, leading to warnings for crews to remain vigilant while transiting the busy waterway.

The crew of a vessel boarded by pirates in the Gulf of Guinea have been kidnapped, according to Lloyd’s List Intelligence.

Bulker secondhand transactions are likely to end the year lower than in 2019 as coronavirus restrictions made it harder to conclude the deals. The final figure is set to be the lowest since 2015.

The Marshall Islands has urged global regulators to impose a carbon pricing measure on shipping to cut down greenhouse gas emissions and has slammed ongoing efforts for a short-term greenhouse gas cutting measure.


US exports of liquefied natural gas are likely to receive a boost when the new administration of president-elect Joe Biden comes into office on January 20, according to Glenn Schwartz, an analyst with the Rapidan Energy Group, a Washington DC-based consultancy firm.

Confidence in liquefied natural gas as a marine fuel has improved with newbuildings ordered with dual-fuelled propulsion in 2020 comprising 10 percent of all vessels, shipbroker SSY said.

The Lloyd’s List Podcast: Why is there is still a resistance to change and a reluctance to adopt new technological solutions in shipping? We are joined this week by the venture development firm Rainmaking to discuss innovation, entrepreneurship and how fresh ideas and start-ups are needed to kick shipping into a zero-carbon future.

The UK Club has set a 10% general increase for the next renewal round, with the aim of correcting an underwriting deficit that pushed its combined ratio out to 120% last year.


The bidding process for freeport status in the UK is too bureaucratic with ports needing more time to prepare, sector representatives say.

Australia said it will resume enforcing the Maritime Labour Convention rule that crews must not work beyond 11 months at sea without leave.

Mexican President Andrés Manuel López Obrador has made an offer to Sempra Energy concerning a long-awaited building permit that the San Diego, California-based firm may find hard to refuse.

CMA CGM is seeking to build up a bio-methane supply chain that could eventually lead to the greater adoption of bio-gas as a blend for its liquefied natural gas-fuelled ships.

Maersk’s position as the leading container carrier in terms of deployed capacity is being challenged by its 2M alliance partner and second-placed rival Mediterranean Shipping Co, according to figures from Sea-Intelligence.

Adnoc Logistics & Services, the shipping arm of Abu Dhabi’s national energy company, has added a Japan-built ultramax to its fleet of bulkers purchased this year.

Intra-Asia feeder RCL continued to reap good gains from the bonanza in the container market in the third quarter of the year, posting a Baht257m ($8.5m) profit compared with a Baht307m loss in the previous corresponding period despite lower liftings and revenue, suggesting costs and margins have improved significantly.

Singapore is once again leading the way in preparing for changes in the global economic environment in the wake of the coronavirus pandemic, bringing together public and private sector players to pilot a common data infrastructure for the supply chain ecosystem.

Five Ghanaian crew have been kidnapped south of Nigeria from a locally trading cargoship, according to reports.