Free to read: US restocking cycle to boost container demand | Trafigura flags financial consequences of regional carbon measures | Walls in the Channel? Illegal, immoral, impractical, impossible | The Lloyd’s List Podcast: Why Trafigura wants to add $300 per tonne of CO2 to its bunker bill 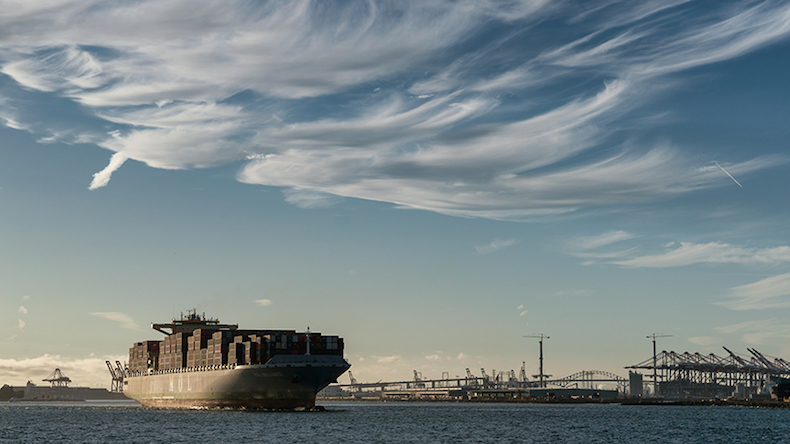 
The US is at the beginning of what is likely to be one of the biggest restocking cycles in its history, with the benefits set to flow through to container shipping over the next two to three quarters.

Regional measures to reduce carbon emissions from shipping will ultimately delay the uptake of low and zero carbon fuel alternatives, according to commodities trader Trafigura.

If the Financial Times was not a publication so steeped in gravitas, one would be tempted to dismiss this week’s headline — ‘UK considers floating walls in Channel to block asylum seekers’ — as another all-too-telling spoof from matchless satirical website NewsThump.


Economic Outlook: Coronavirus-related travel restrictions and a decline in household spending are the main factors behind a decrease in global seaborne trade this year. But the drop has not been as bad as originally anticipated in many cases and there are positive signs for a recovery in 2021.

Very large gas carrier supply and demand balance could come under some pressure during the final quarter of the year, but the fundamentals are expected to improve in the second half of 2021, according to Poten & Partners.

The Week in Charts: Ahead of China’s Golden Week, freight rates were largely unchanged on east-west trades but reached a four year high on China-Northern Europe. Meanwhile, global seaborne trade is being hit by the decline in demand for crude oil.

Lloyd’s List Podcast: Trafigura is calling for ‘drastic’ measures to speed up the decarbonisation of shipping or the industry risks costly regional confusion, slow update of zero-emission fuels and having decisions forced upon it. Rasmus Bach Nielsen, the commodities trader’s global head of fuel decarbonisation, says a level playing field is essential, while not taking action is not an option.


A new pilot project involving “flexible” fuel cell technology being developed in Norway claims that emissions from shipping can be cut by 40% to as much as 100%.

Centrica, a UK-based multinational energy firm, has signed an agreement for the long-term supply of liquefied natural gas to Shanghai-based Shenergy Group.


The International Maritime Organization has said it shut down some key IT systems after a “sophisticated” cyber attack brought down its website and web-based servers.

The state government of Western Australia is looking at tightening restrictions for ships entering the state after an outbreak of coronavirus on a bulker off Port Hedland.

Euronav has paid back $200m to shareholders in just over three months.

The UK government has opened bidding to its £200m ($259m) Port Infrastructure Fund as it makes a last-minute effort to prepare supply chain infrastructure for the end of the Brexit transition period.

World Shipping Council chairman Ron Widdows is to stand down at the end of the year as the organisation prepares to expand its board of directors.

Aegean Shipping has gone back to Cosco Heavy Industry with orders for up to three aframax tankers.