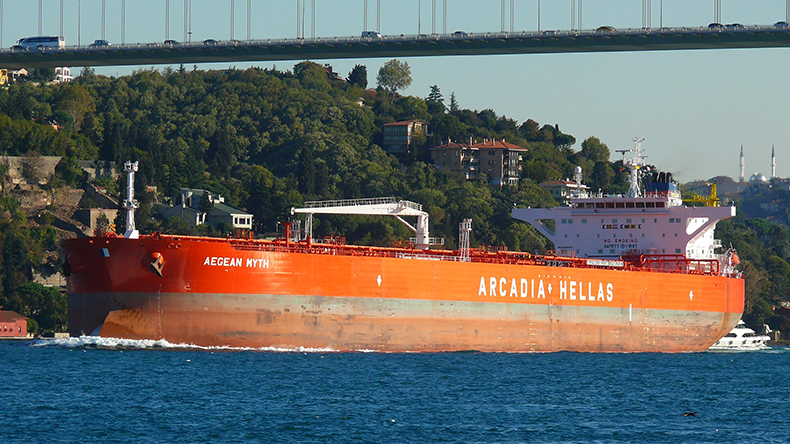 
The first crude exported from Libya’s Marsa el Brega port since January has sailed, with a second ship now loading at the port.

Safmarine, the South Africa-based brand operated by Maersk, is to cease to operate by the end of the year as the world’s largest carrier integrates the line into its own services.

Seadrill has offered creditors its stakes in oil services companies Archer and Seabras as it seeks to restructure secured note debts.


A huge orderbook and a young average age of vessels will drive an increase in the size of the crude tanker fleet through to 2024. But future prospects for new crude oil carrier contracts are subdued, according to Lloyd’s List Intelligence.

The wider use of electronic bills of lading could receive a boost from the current economic climate after failing to find widespread acceptance despite being around in various forms for decades.

From the News Desk: South Korea and California target shipping in emissions clampdown, while open loop scrubber bans are not diminishing market share.

Panama is striving to become a leading maritime hub within the next 10 years.


A PDVSA-operated very large crude carrier being used for floating storage was reported to be in danger of sinking in the Gulf of Paria off Venezuela.

The California Air Resources Board has approved new regulations aimed at decreasing air pollution from trucks and oceangoing vessels docked at the state’s busiest ports.

Japan’s Mitsui OSK Lines has set up a specialist team to handle clean-up and support following the grounding and break-up of the bulker Wakashio, which was responsible for spilling about 1,000 tonnes of fuel oil into the pristine waters close to Mauritius.

South Korea is rolling out a 0.1% sulphur limit in marine fuels on board ships in designated emissions control areas, or SECAs, across six ports.