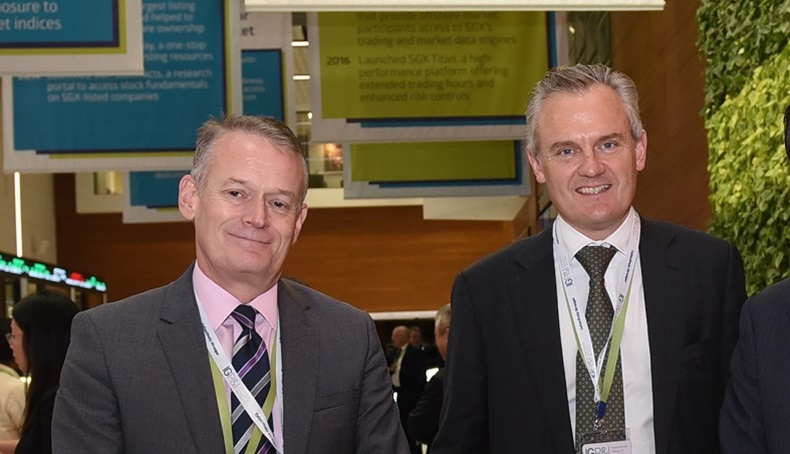 
The chief executive of North of England P&I Club, Paul Jennings, does not see any basis as yet to levy any additional premium relating to the risks linked to the mandatory low sulphur transition being forced on international shipping.


Hugo De Stoop leads one of the largest crude oil tanker companies in the world. Mr De Stoop tells Lloyd’s List about what the future has in store for Euronav and what the company learned when preparing for the global sulphur cap.

Classification societies face growing demands by the wider industry to provide solutions for the many pressures it faces. They have to balance that with the need to grow their business.

The top two shipmanagers remain in place but competitors are growing rapidly. The sector still accounts for only 15% of merchant vessels, although the tipping point is expected as smaller owners struggle to stay independent.

When everything is working well in modern logistics, ports cannot move cargo on and off ships any faster or use a terminal in a more optimum fashion than they already are. Yet this still does not satisfy customers, writes Michael Grey.

Digging into some of the figures behind the trade war, it seems that Donald Trump’s determination to make China trade on a level playing field may not be panning out as he expected, writes Lori Ann LaRocco.

What will be the key issues shaping shipping during the next 12 months? Take part in the Lloyd’s List annual market survey and have your say on the big questions that will determine the shipping market outlook for 2020.


Container carriers have been keen to emphasise an improving balance between supply and demand in the boxship sector, and point to the removal of active tonnage for scrubber retrofits as evidence of the reduction of capacity.


Danish shipowner Norden plans to test a second biofuel alternative on one of its vessels, using technology developed by Kvasir Technologies that converts lignin biomass into a liquid marine fuel.

China State Shipbuilding Corp has rolled out two new products of gas-fuelled ultra-large containerships as the newly merged group flexes its innovation muscle during the Marintec China event this week.

Canadian mining company Teck Resources has signed a long-term agreement with the Canadian National Railway for the transport of metallurgical coal from mines in British Columbia to Neptune Terminals in the port of Vancouver.