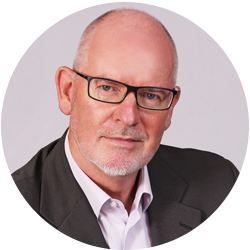 Nigel Lowry is Lloyd’s List’s resident expert on Greek shipping and has been covering the industry since the crisis of the 1980s. He has reported on the key Greek shipping community from London and New York as well as Athens and has carried out a range of other assignments for Lloyd’s List in other countries.

Nigel wrote the book ‘Onassis and his Legacy’, published by the Onassis Foundation in 2003, reprinted from a serialisation in Lloyd’s List.

He is a regular participant in maritime industry events as chairman, moderator or guest speaker and has often been interviewed for television and other media on shipping topics.

Since 2004, his remit for Lloyd’s List includes directing and hosting the annual Lloyd’s List Greek Shipping Awards, a major event in the maritime calendar that draws more than 1,000 guests each year.

Prior to joining Lloyd’s List he held senior editorial positions with the Greek Business Review, Naftiliaki magazine, the Newsfront Greek Shipping Intelligence newsletter, and The Athenian, a monthly magazine. He has been a regular correspondent for The European Times, De Lloyd/Lloyd Anversois and Media International, among others.

Independently, Nigel is also founder and director of the Greek Shipping Hall of Fame. The Hall of Fame is dedicated to recognising outstanding individuals in Greek shipping’s history and is a hub of information for new generations as well as a strong supporter of Greek children’s charity Hellenic Hope.

The Petros Panagiotidis-led owner said it had agreed a purchase price of $17.5m for the vessel, but only identified it as a capesize built in 2006 in Japan. However, the description matches the 15-year-old, 180,200 dwt Ocean Compass built by the Imabari Shipbuilding Saijo shipyard

Company says an offering is expected to take place after the US regulator completes its review process, subject to market and other conditions

Industry anger grows as reports of charterers’ unwillingness to share responsibility in crew change crisis are raised within cross-agency briefings. Charterers deny blocking fixtures, saying they support seafarer wellbeing programmes and are collaborating with the industry

The board of the NYSE-listed containership owner intends to pay a regular quarterly cash dividend of $0.12 per share as of the first quarter of 2021, though this will be discretionary and subject to earnings, opportunities and other considerations