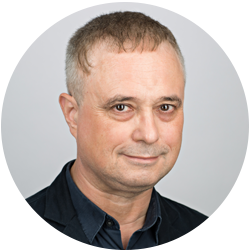 A London-born British and Swiss dual national, he was educated at the London School of Economics and Birkbeck College, and has academic qualification in politics, sociology, economics and international relations.

He has worked for Lloyd’s List since 1996, making him the longest-serving member of staff, although he doesn’t like to mention that more than three or four times a week at most. Unless it’s strictly necessary.

He has also written for many other newspapers and magazines, including The Guardian, Observer, Independent, Daily Telegraph, Daily Express and New Statesman, and has appeared on all of Britain’s main television and radio news programmes.

He is a member of the Labour Party, Amnesty International and National Council for Civil Liberties, and supports the charitable work of the Medical Foundation for the Care of Victims of Torture and the Trussell Trust network of foodbanks.

Nordberg pledges to strengthen financial position after S&P downgrade, and may look for alliances and partnerships with rivals

Thomas Nordberg pledges to strengthen financial position after S&P downgrade, and may look for alliances and partnerships with rivals

Scores for insurers worse than scores for banks, say sources, but highlight differences in methodology that they say make direct comparison impossible

Maersk to switch from NorthStandard to Skuld

Brokers report ‘mad’ few days of P&I renewals, with large slice of market yet to receive offers traditionally sent out by January 20