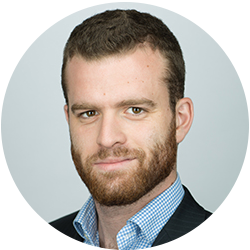 Anastassios Adamopoulos is Lloyd’s List’s news reporter based in London. He contributes to Lloyd’s List’s coverage of daily developments across a number of shipping industry beats with a focus on the UK and Europe.

Anastassios has written about and is interested in port operations, seafarer safety as well as maritime security and intelligence, among other topics.

Having grown up in Greece, Anastassios has always been interested in shipping and its interaction with global trade and policy.

Prior to joining Lloyd’s List, Anastassios worked for the Greek Reporter in the United States, covering daily news surrounding Greece.

He has also interned at Marine Money Magazine’s editorial department. More recently, he interned at the Atlantic Council, a foreign policy think tank in Washington, working on transatlantic relations and the European Union.

Anastassios received his undergraduate degree in political science in 2015 from the University of Michigan, where he also worked as a news reporter for the university's newspaper, the Michigan Daily.

The landmark database continues to change, resulting in a significant increase in recorded shipping emissions for 2019 and raising familiar questions about its reliability and future use as the bedrock of EU emissions regulations

Following Maersk’s pledge to have a ship running on carbon-neutral methanol by 2023, the company has said that it will explore the use of carbon offsets — commonly known as ‘pay to pollute’ — in the future

Maersk’s decision over its future vessels adds pressure on its peers to do follow suit, and on regulators to be more aggressive in defining the industry’s decarbonisation ambitions

Does shipping need its own ammonia rules?

The ability to safely use ammonia on ships will be a key factor for its success in the maritime industry. Should the industry be building up its own rules in this area or try to emulate those successfully developed elsewhere?