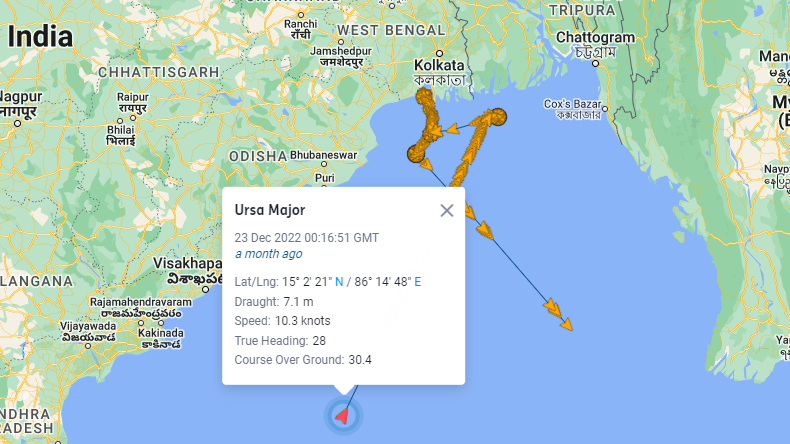 A GENERAL cargoship left Indian waters and is allegedly travelling back to Russia after being unable to unload equipment for the Rooppur nuclear power plant in Bangladesh.

Russian state-owned vessel Ursa Major (IMO: 9538892) has been trying to deliver its cargo since December 24, after it was denied access to Bangladesh ports because of links to US sanctions.

It diverted to India with the aim of transporting the equipment to the power plant by road.

The ship departed on January 19 after being anchored off the coast of India since January 6.

Russian officials have informed authorities in Bangladesh that the ship will return to Russia, according to a Lloyd’s List Intelligence casualty report.

Ursa Major stopped signalling it was on order around 0000 hrs on January 20, instead indicating its destination as Shanghai, China according to vessel tracking data.