Some 60% of global exports of bauxite used to make aluminium are shipped on capesize vessels, data shows

First quarter of 2022 volumes exported from Guinea averaged 7.7m tonnes and 9.9m tonnes over the final three months of the year, providing one of the few growth trades for the largest bulk carriers 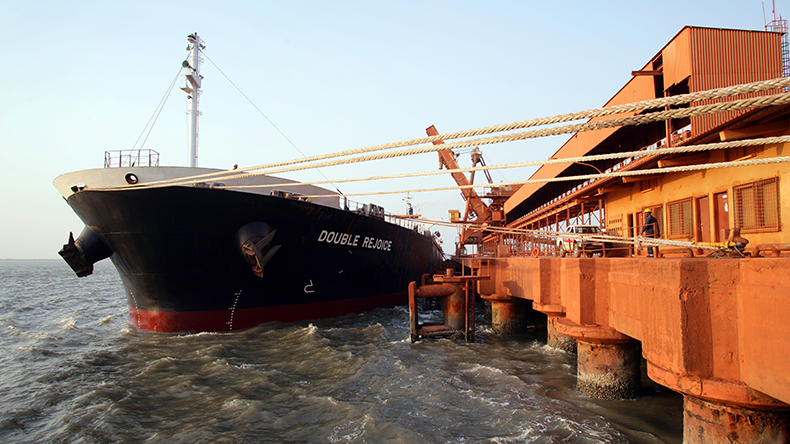 Some 60% of the 15m tonnes of global bauxite exports last month were shipped on capesize vessels, according to data from commodities analytics provider DBX Commodities.

First quarter of the year volumes exported from Guinea averaged 7.7m tonnes and 9.9m tonnes over the final three months of the year, providing one of the few growth trades for the global fleet of the largest bulk carriers.

China is the biggest buyer of bauxite, importing 13m tonnes during December, according to DBX Commodities.

Bulk carriers loaded 97.1m tonnes of bauxite from Guinea during the year, data shows, with the trade dominated by capesize, post-panamax and panamax ships.

Overall, exports from Guinea, Australia, Brazil, Indonesia, Jamaica and other countries totalled 154.3m tonnes in 2022, a fraction of the 4.9bn tonnes in dry bulk trades.

Guinean exports compared with 77.4m tonnes during 2021, and 79.6m tonnes the prior year, DBX commodities data shows. Bauxite exports had dropped in 2021 amid political instability in the West African country but rallied in the final half of last year.

Australia, which is the second-biggest bauxite exporter, shipped 35.6m tonnes, compared with 35.2m tonnes in 2021.

Continued strength in Guinean bauxite exports meant it was one of the few dry trades to hit records last year, according to analysis from shipbroker Braemar.

“This can be owed to robust aluminium production in China despite the many headwinds primary industry faced in the country throughout the year,” Braemar said in a recent report on the dry bulk sector. “As the volumes have increased, so has the impact this trade has had on the dry market. Ballasters heading west have increasingly sought after West Africa options as volumes from Brazil appeared less consistent, which has been important in keeping the market balanced, namely on the capesizes.”

Guinea’s biggest producer and miner is Compagnie des Bauxites de Guinée, a consortium led by miner Rio Tinto and aluminium producer Alcoa, which holds a 51% interest, with the Guinean government holding the remaining 49%.

Average time charter rates for capesize bulk carriers are at the lowest since November, according to assessments from the London-based Baltic Exchange ahead of the Chinese New Year festival next week, when activity is normally slower.

Indonesia’s government said it will ban bauxite exports from mid-June, which will add further support to the capesize market if such restrictions go ahead, with replacement supplies from Guinea to China adding to tonne-mile demand.

The week in charts: Panamaxes to benefit most from shift in coal flows | Piracy continues to fall in Gulf of Guinea | Scrap prices rise