Your tankers are being held in a queue in the Bosporus. They must be answered shortly

Türkiye’s insistence that laden tankers transiting its waterways are fully insured is not in itself unreasonable. But if the country is seeking to play a constructive role in the international community, it should be amenable to compromise

The impasse in the Bosporus has reached crisis point. Don’t make P&I clubs the fall guys 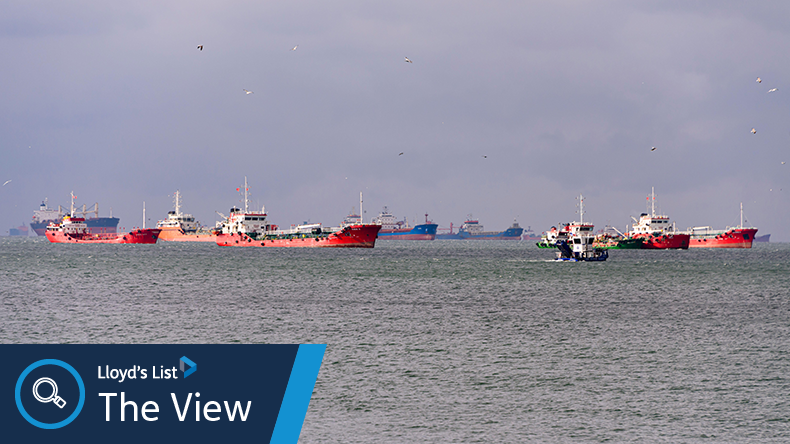 Source: Stephen Barnes/Transport / Alamy Stock Photo More than two dozen tankers are being held in a queue in the Bosporus.

TÜRKIYE is back on the world stage. A century after the collapse of the Ottoman Empire that last gave it any weight in world affairs, it is again making its presence felt, and stridently asserting aspirations to regional leadership.

Sometimes — as witnessed by its central role in brokering the Black Sea grain initiative that mercifully averted a real risk of famine in countries dependent on Ukraine grain exports — its rediscovered clout has been exercised with a commendable degree of responsibility.

That said, its brutal repression of its Kurdish minority, interventions in Syria and Libya, strenuous adherence to the continuing division of Cyprus and support for Azerbaijan in the ongoing conflict with Armenia over Nagorno-Karabakh have been self-interested, frequently to the exasperation of the west.

To add to the charge sheet, the obstructionism displayed in using the applications of Sweden and Finland to join Nato to push its own agenda, ongoing enmity with Greece and the decision to procure missiles from Russia have all undermined the cohesion of the military alliance.

The shipping industry’s attention is now turned to the impasse in the Bosporus, where more than two dozen tankers are being held in a queue thanks to a stand-off over their marine insurance coverage.

To paraphrase a script that will be instantly familiar to any desperate consumer who has ever waited over an hour for a response from a call centre, will they be answered shortly?

The nub of the issue is the unintended consequences of the G7 and European Union $60 per barrel cap on the price of Russian oil, with marine insurers expected to provide the police force.

Türkiye wants written guarantees from International Group of P&I clubs that the cost of any casualties in its waters will be fully met, come what may. The wording of the sanctions is such that the clubs cannot legally provide them.

Given that there are no alternative seaborne routes for Black Sea crude exports, which include around a third of Russia’s output, Türkiye is obviously in a position to enforce this demand.

The Bosporus and Dardanelles have long been recognised as crucial to international trade, so much so that control is regulated by the Montreux Convention of 1936, which guarantees complete freedom of passage for merchant vessels in times of peace.

Unfortunately, we live in anything but times of peace. Other provisions of the convention have already been invoked to deny both Russian and Nato warships use of the straits in light of the Ukraine situation.

Türkiye’s president Recep Tayyip Erdoğan will no doubt be happy to seize any additional grist to the mill of nationalist fervour that will form a major plank of his bid to secure re-election next June.

But Türkiye’s stance is not unreasonable, given the huge detriment to which a major tanker spill could subject its economy, which is somehow growing strongly despite a rocketing trade deficit, precipitously declining foreign reserves, rising external financing costs and high inflation.

Indeed, P&I clubs themselves warned in advance of the potential consequences of selective denial of insurance to tankers while the sanctions were being hammered out. Now they find themselves unwitting fall guys in a bust-up that is not of their making.

The need now is for a diplomatic settlement that somehow marries a determination to make the measures stick while meeting Türkiye’s legitimate interests. Lloyd’s List Intelligence data indicates that at least one exception has already been made for a Turkish-flagged suezmax tanker — the Ottoman Sincerity (IMO: 9788710), that transited the Bosporus on December 9 after a seven-day delay with a cargo of Kazakh crude — which points to a basis for hope.

As one of the P&I sources willing to discuss the matter with Lloyd’s List has pointed out, talks already underway are under time pressure. Matters are rapidly approaching crisis point, with the window for a settlement measured in days rather than weeks or months.

Mr Erdoğan is a populist strongman whose woeful record on human rights falls far short of the standards required of any country that hopes one day to join the European Union.

Nevertheless, he has a proven propensity to make deals. Now is the time to cut one.

Queues to pass through Bosporus Strait worse than past year