Strong freight and chartering markets in the dry cargo, container and gas sectors have benefited the shipbroking majors as the Ukraine war has provided both challenges and business opportunities. Meanwhile, a new force in shipbroking is being created by the merger of Galbraith’s and Ifchor; combining their operations will create a dry cargo and tanker broking powerhouse and provide competition for the current major broking shops 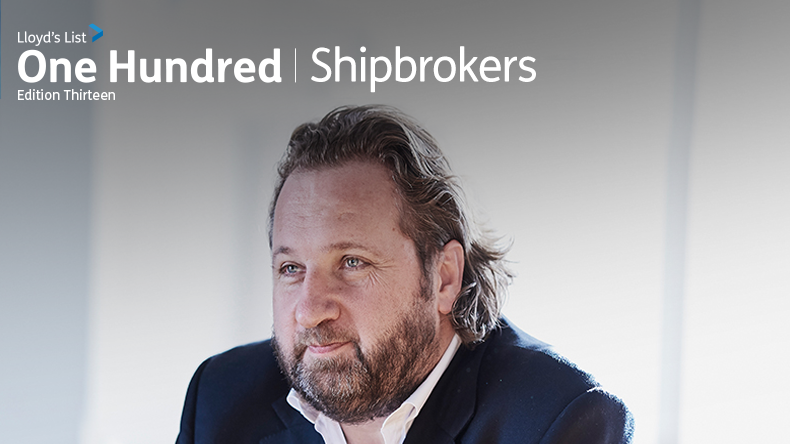 Case: erudite and slick, with a sophisticated patter that reveals his lifetime experience in shipbroking.

Andi Case has been the chief executive of the world’s largest shipbroker for more than 14 years and has long courted controversy for his generous remuneration package.

Once described by The Times newspaper as a well-fed, swashbuckling shipbroker with long, unruly hair and unbuttoned, expensive shirts, Mr Case literally doubled down on his pay packet infamy last financial year by taking home a tidy £6.8m ($8m) salary — nearly twice that of the previous 12 months.

The 165-year-old business is an industry behemoth, employing 1,700 staff across 52 offices, including nearly 1,200 in shipbroking.

In August 2022, Clarksons reported record profits of £33.2m ($39.3m) on revenues of £266m for the six-month period ending June 30, and shortly thereafter completed a boardroom reshuffle amid complaints from some shareholders over Mr Case’s salary.

Mr Case eschews publicity; at the industry events he attends, observers note he is erudite and slick, with a sophisticated patter that reveals his lifetime experience in shipbroking.

And, while shipbroking remains the most profitable and highest-earning jewel in Clarksons’ crown — especially in a buoyant market — there are other income streams that complement the division.

Finance, research and green transition divisions also provide and support investment banking and decarbonisation advisory services, while the company continues to invest in Software as a Service to enhance software, digital products and services for its maritime clients.

The only visible loss-making division is off the books: Maritech Ltd, the private subsidiary that underpins Clarksons technology initiatives, lost just over £1m in 2021, on revenues of £347,000, based on reports to Companies House in the UK.

A visit to Braemar’s new website does not directly state whether the company is a shipbroker. The opening page simply declares: “The experience is better with Braemar” and scrolls down to the Who We Are section to announce it is “expert advisors in shipping investment, chartering and risk management”.

After a mid-year rebranding exercise that removed “ACM” from its name, now the painful 2014 integration with ACM Shipping Group is a distant memory, Braemar returned not only to its original moniker, but a back-to-basics agenda.

After two years at the helm, chief executive James Gundy has stayed the course and successfully refocused on the shipbroking division, aided by a weak pound, a strengthening shipping market and stable sale-and-purchase revenues.

This all helped double the share price since Mr Gundy took over the company at the beginning of 2021. Braemar now has around 370 employees across 14 countries, including newly opened offices in Athens and Geneva.

The shipbroker’s revenue is just over one-quarter of its other London Stock Exchange-listed competitor Clarksons. Braemar shares trade at just 10% of the value of those of its rival, even though it has outperformed Clarksons over 2022.

Braemar aims to double profits by 2024 and maintains it is on track to meet its goal. Mr Gundy launched Braemar Offset to capture revenue from the global decarbonisation transition and brought in staff from the now folded interdealer broker Arraco Global Markets, which was active in natural gas markets

The former ACM Shipping chief executive, who previously headed up the combined companies’ shipbroking division, also refreshed the board over the past 14 months, and plans to continue steering Braemar into highly profitable waters over 2023.

Christian and Walter Hinneberg have demonstrated over the decades that biggest is not necessarily the best in the world of shipbroking, where personal relationships matter just as much as scale.

The twin brothers who run the specialist Hamburg firm Walter J Hinneberg GmbH have a formidable reputation in the container shipping sector, specialising in newbuilding and secondhand transactions.

They have not been tempted to diversify into other areas of shipping. Nor do they have a large research department, instead relying on their own market knowhow and expertise when advising clients.

As freight rates soared and box lines posted astonishing profits, ordering activity also accelerated, with owners and operators returning to the shipyards in response to bumper demand for cargo space.

That has assured another strong year for the Hinneberg family, with ordering activity only stalling in the later stages of 2022 as the whole market waited to see whether the container shipping trades would have a soft landing or something harder.

For the Hinneberg siblings and their small team of brokers and support staff, market cycles are nothing new. Their promise is to “think outside the box” and provide a complete range of bespoke services for their clients.

These include some of the biggest names in the business, who appreciate the one-to-one conversations and inside knowledge that this small but exceptionally well-connected shipbroking business is able to offer.

Established in Marseille in 1856 by founders Jules Barry and Jean Salles and still widely known by its full title, Barry Rogliano Salles, BRS Group operates globally from 19 offices and deploys 230 shipbrokers who undertake some 5,500 fixtures on an annual basis.

As well as a market intelligence division, which provides data and analysis to third-party companies, BRS maintains an interest in AXSMarine, which provides shipbroking data platforms, analytics and research reports for the dry cargo, container and tanker sectors.

BRS was a founder of this business at the start of the digital revolution in maritime information in the late-1990s.

The majority of BRS’s broking revenue comes from the dry cargo sector. However, the company is active in almost all vessel sectors, including containerships, tankers, gas and offshore.

As part of its charitable commitments, BRS is a supporter of Mercy Ships. It brokered the deal to build a new hospital ship in China, which was delivered in 2022, for the international charity that provides free health care and community development projects via floating hospitals.

Simpson Spence & Young was established in 1880 in London and is one of the world’s largest independent shipbrokers, employing some 400 personnel in 21 offices globally. It is headed by chairman Mark Richardson, who has held this role since 2014.

Its SSY Futures division recorded an exceptional set of 2021 financial results due to disruption in global trade caused by pandemic lockdowns. 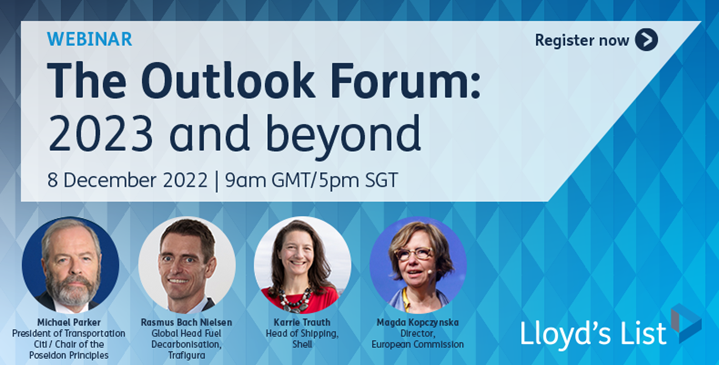 Privately owned Howe Robinson reported a 138% increase in turnover for the financial year ending March 31, 2022, to $68.5m, up from $37.7m in the previous year on the back of higher freight rates in the dry cargo and container sectors.

The Singapore-headquartered company still derives the majority of its revenue from its UK office, with 75% being attributed to shipbroking deals undertaken by its London-based team. This is followed by Europe, with 17% and Asia-based offices contributing 8% of revenue.

Howe Robinson employs some 200 shipbrokers deployed in 15 offices, including a recently opened office in Athens to service Greek shipowners. It undertook more than 5,000 fixtures in the 2021 financial year.

The company is active across the majority of vessel sectors and has recently benefited from an increase in broking sale and purchase deals for yachts registered to sanctioned Russian citizens put up for sale by banks.

Maersk Broker, headed by Anders Hald since 2014, operates independently from the mighty Maersk Line with which it shares the same family heritage.

The Copenhagen-based company was founded in 1914 and has a global network of offices staffed by 250 brokers and supporting personnel.

Maersk Broker is a leading shipbroker in the containership sector but expanded its business offering to dry cargo chartering in 2019. Most recently, Maersk Broker has expanded its service provision in the liquefied natural gas sector.

The company is a significant player in the broking of vessel assets, with sale and purchase and newbuildings providing a major income stream.

Maersk Broker also has an advisory business for shipowners, which includes research and analysis, valuations, alternative financing and, more recently, support and advice for the journey to decarbonisation.

It is also active in sale and purchase and market analysis and operates from seven offices located in most of the major global shipping centres.

Poten & Partners’ LNG consulting and business intelligence has a longstanding insight into the sector, and close ties with US oil majors. Since 2018, the company has been owned by financial services company BGC Partners.

Steven M Garten, who joined Poten & Partners in 1997, is chairman and chief executive of the company.

Optima Shipping Services, headed by Dimitris Koukas, is the largest shipbroking house in Greece and is one that can offer a true one-stop shop to clients in competition with major overseas brokers.

This is underlined by the fact that in addition to acting for many Greek shipowners, a large chunk of its work is for non-Greek clients. As well as its headquarters in Athens, Optima maintains offices in Istanbul, Dubai and Shanghai and has a presence in several other locations.

The company has been instrumental in numerous newbuilding orders, and annually handles between 100 and 200 secondhand sales and purchases, as well as a steady 5-10% or so of worldwide demolition sales.

While dry bulk carriers, tankers and containerships are its bread and butter, Optima has been involved with the latest and most specialised vessels, including dual-fuel newbuildings, gas tankers, ammonia carriers and offshore units.

The growing fleet of Chinese state owners and a boom in vessel trading in recent years has given rise to an emerging competitor of shipbrokers: shipping exchanges in China and the online auction platforms they operate.

This marketplace has quickly expanded its business scope from offloading shabby, domestic-trading ships to bigger, younger and more lucrative tonnage sailing internationally. And that comes with an increasing awareness of their brand names among foreign owners.

Guangzhou Shipping Exchange, one of the largest of its kind, sold more than $235m worth of secondhand ships during the first nine months of 2022, up 35.6% year on year. That is equivalent to the performance of a top-class sale and purchase shipbroking office in Asia.

Mr Deng has been president of the state-owned exchange since 2018. Before that, he was a senior member of Guangzhou Port Authority.