The epic saga of the Arc 1 and its various STS partners involved in perhaps one of the most costly and convoluted trades in recent years runs counter to the prevailing trend of increasing Iranian exports, apparently untroubled by porous US sanctions.

Having performed multiple U-turns, travelled over 17,000 nautical miles in search of a buyer and found itself at the centre of a political stand-off, Arc 1's wayworn cargo is aboard the Phoenix I and is set to finally offload in China 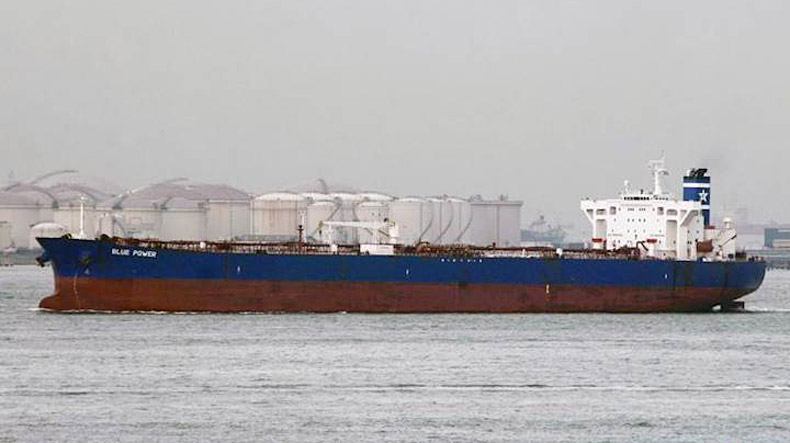 Source: Seasearcher Arc 1's (ex: Blue Power) cargo is on its way to China aboard the Phoenix I, bringing an end to a costly five-month voyage of over 17,000 nautical miles.

AFTER five months, three ship-to-ship transfers, a Croatian government intervention and a fuel bill accounting for over 17,000 nautical miles travelled, a cargo of crude oil first loaded from Iran’s Kharg Island on March 14 is finally due to be offloaded next week in China.

The epic saga of Arc 1 (IMO: 9268112) and its various STS partners involved in perhaps one of the most costly and convoluted trades in recent years runs counter to the prevailing trend of increasing Iranian exports, apparently untroubled by porous US sanctions.

According to some estimates, Chinese imports are currently on a par with or exceeding monthly totals from before November 2018 — when Iranian oil was not sanctioned. And yet the clandestine complexities of the Arc 1 trade have confounded analysts at every turn.

The origins of this 700,000 barrel cargo are well documented, even if the economic logic behind the journey remains shrouded in mystery.

The vessel conducted a ship-to-ship transfer from the Panama-flagged very large crude carrier Vigor (IMO: 9262156) on April 2 off Malaysia. Vigor in turn was tracked via Lloyd’s List Intelligence data and photographed by satellites loading oil from Kharg Island on March 14.

So far, so normal. Such subterfuge tactics are well established and blending is often used when ‘re-branding’ the origins of the oil to avoid sanctions scrutiny. But having loaded in Malaysia, it then embarked on an epic round trip to Croatia.

After a circuitous series of U-turns and a brief refuelling voyage to the port of Trieste, the 2003-built aframax sat anchored off the port of Rijeka, between Kostrena and Omišalj, for four weeks awaiting a decision on whether its cargo would be accepted, or rejected by the Croatian government.

While various Croatian ministerial officials declined to comment on the case, it is understood that the shipment attracted intense scrutiny given the suspected Iranian origins of its cargo, not least from US officials who were also tracking the shipment closely.

Port state inspectors boarded and Croatia’s Ministry of Economy, the Ministry of Sustainable Development and the Ministry of Foreign and European Affairs all took an interest before Arc 1 eventually left Croatia having failed to unload.

Attempts to find contact details for the company were unsuccessful and nobody from either of the named entities behind Arc 1, the Marshall Islands shell company, Silver Coast Inc and Singaporean firm, Tianjin Shipping Ventures Private Ltd, have ever responded to attempts to discuss Arc 1’s activities.

No confirmation was ever given by any Croatian ministry that the cargo was formally rejected. However, from there the vessel sailed back to the same Malaysian anchorage it started at four months previously.

The ageing aframax then repeated its waiting game, with no movement until August 23 when the tell-tale sign of its Automatic Identification System being turned off signalled a looming STS operation.

Satellite imagery provided by US monitoring group United Against Nuclear Iran (UANI) showed it engaging in an STS with Panama-flagged Phoenix I (IMO: 9236248). UANI captured an image of the vessels conducting a ship-to-ship transfer on August 25.

Phoenix I is, inevitably, part of the significant subterfuge fleet of tankers still routinely engaged in such operations and has close ties to Arc 1.

Phoenix I conducted multiple STS transfers with Comoros-flagged VLCC Roma (IMO: 9182291). One of these transfers occurred near Kukup Anchorage in Malaysia, less than a month after UANI data shows Roma loaded crude oil from Kharg Island.

UANI’s research also suggests that Phoenix I carried more than 2.8m barrels of Iranian crude in 2021.

None of these companies have responded to Lloyd’s Lists attempts to discuss the Arc 1.

Following the final STS, the inevitable journey to China then got underway. Arc 1 signalled Singapore as its next destination while Phoenix I headed to the Shandong port of Dongjiakou after the transfer concluded.

It is scheduled to arrive on September 10.

As the final act of the Arc 1 saga closes, the conditions that necessitated such a complex and costly journey are simultaneously evaporating.

After 16 months of fitful, indirect US-Iran talks, with European Union officials shuttling between the sides, a deal that may allow Iranian oil to flow unsanctioned appears to be close. Or at least closer than it has been at any point in the past few years.

Iran is expected to respond to the US’s latest comments on an EU-drafted proposal to revive the nuclear deal in the next few days and while nobody is expecting an immediate impact on the market, the return of Iran to the market is now squarely on oil analysts’ list of potential market game changers.

A draft agreement would purportedly see the US permit Iran to sell 50m barrels in a “one-time sanctions exemption” just 60 days after “Day Zero” of a new deal. Ultimately, Iran could add an additional 900,000 barrels per day into the system, rising up to as high as 2m bpd thereafter.

The full details of Arc 1’s epic voyage, including the details of who paid for 700,000 barrels of Iranian crude to be transported over 17,000 nautical miles before finding a buyer at discounted rates may never be revealed.

However, it seems that those behind the trade may have footed the bill for a trade that could imminently be conducted legitimately at a fraction of the cost.