Sustainability-linked loans are on the rise, amid criticism over greenwashing, a lack of detail about targets to be met and the size of discounts

Eleven out of 23 ship finance portfolios of Poseidon Principles signatories were aligned with the IMO's maritime decarbonisation targets, according to its latest report 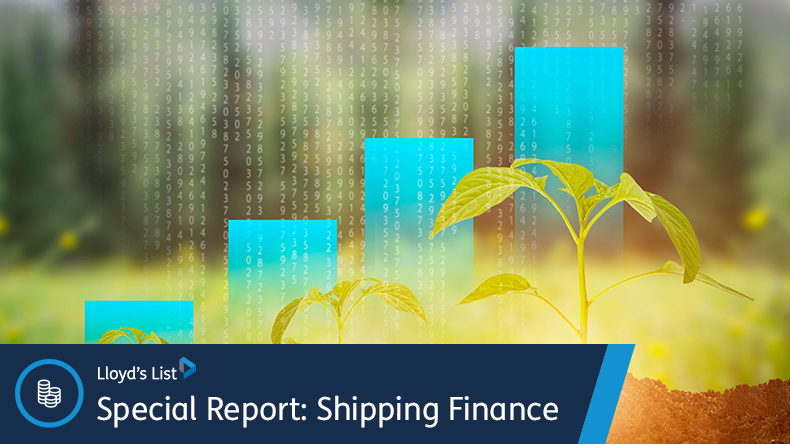 SHIPPING finance is increasingly linked to maritime decarbonisation targets — although whether the terms ‘green’ or ‘sustainable’ should be attached to loan conditions is up for debate.

“There’s a lot of greenwashing going on,” one New York-based financier told Lloyd’s List during a recent visit.

The alignment of sustainability targets with financial performance is enshrined in the Poseidon Principles, to which 31 banks with more than $185bn in maritime debt are now signatories.

Those principles are further aligned with the International Maritime Organization's greenhouse gas-reduction targets, already subject to criticism for their lack of ambition.

Yet an examination of recent sustainability-linked financing and so-called 'green bonds' in shipping shows modest progress, if not an acknowledgement that at least a baseline has been established.

Shipping finance is grappling with the big question of what is pragmatic and achievable as opposed to idealistic but over-ambitious when it comes to climate goals. Those at the top are struggling to maintain a vision, while the squeezed middle is happy to pay for availability and focus on the immediate markets

“There’s more to be done between financial institutions and the [shipping] industry,” he said.

“We’re in the early phase... and, over time, there will be more and more linkage.”

London law firm Watson, Farley & Williams — which most recently advised ING Bank on a sustainability-linked Japanese leasing deal for Stolt Nielsen — said deals were driven by regulatory targets and a desire by participants “to be seen to be green”.

“Banks are very supportive for green/sustainable financing, but they also have an obligation to be commercially sensible and reasonable,” said WFW maritime group partner Simon Petch.

“As a shipowner, there’s a lot to be said for being ahead of the curve because you don’t know exactly what the regulation is going to look like when it comes in or how rapidly it is going to evolve.”

Banks to ‘reconsider’ covenants to include environment

Another WFW partner, Maren Brandes, who advises international banks on ship finance, said banks will not wait until a shipping company is in difficulties for non-compliance with environmental regulations.

“You have to ask the question about where we’re headed,” Ms Brandes said.

“With all the regulations coming into force, banks will want to reconsider their covenants in the next couple of years.

“At some point, when the pressure becomes higher — when there are repercussions that are meaningful if you’re not compliant — then covenants dealing with environmental compliance might become quite as important as financial covenants.”

There have been four high-profile boxship green finance or bond deals in the past two years, viewed as signs of increased consumer pressure for cleaner, more efficient transport.

They include the world’s second-largest container line, Maersk Seaspan Corporation — a division of Atlas Corp, which leases vessels to container lines — as well as Hapag-Lloyd, a container line that owns and operates 230 ships.

MSC, the largest line, also announced a $1.3bn refinancing with a revolving credit facility linked to green targets in November 2020.

The transaction priced at a coupon of 0.75%, which Maersk said was the lowest ever annual interest for the container line.

These second-generation engines are being installed on 12 ultra large containerships, of 23,500 teu, for Hapag-Lloyd, with the first due to be delivered in the first quarter of 2023.

Technical studies show these engines offer the lowest levels of unburnt emissions of methane, an increasingly polemic greenhouse gas for shipping amid the transition to LNG-fuelled propulsion.

The fine print in US Securities Exchange Commission filings shows collateral Seaspan vessels must annually fall below IMO targets for their average efficiency ratio, which measures the ratio of a ship’s carbon emissions per capacity-carrying distance. (The AER is expressed as dwt per nautical mile sailed.)

Green bonds, such as those used by Seaspan, will not finance ships that carry fossil fuel — yet the tanker and gas carrier sectors are most in need of capital.

The tanker market has only just ended an 18-month period of pandemic-induced loss-making spot rates, while orders for LNG carriers have surged in the past 12 months.

Ardmore paid slightly less for its three sustainable loans, used to refinance 12 vessels in June and July, than the original facilities it paid off.

Some $185m was with Nordea Bank and Skandinaviska Endkilda Banken via a revolving credit facility.

The second was a term loan with ABN AMRO Bank and Credit Agricole Corporate and Investment Bank.

Both were at the Libor equivalent, plus a margin of 2.25%. They replaced facilities with a 2.4% margin.

“We don’t believe old-fashioned ship finance can continue in the long run. We saw the banks pulling back and tried to find something new and different,” argues a veteran shipping banker turned fintech founder

Euronav’s $713m sustainability-linked senior secured credit facility had a rate of Libor plus a margin of 2.35%.

That rate was higher than prior terms, which showed Libor plus a margin of 2.25% on the 2014 facility that the new loan paid off, SEC filings show.

If greenhouse gas-reduction targets are met, there is a reduced interest coupon of five basis points, lowering the loan to Libor plus 2.3% — still higher than the 2014 loan, according to filings.

In June, Euronav entered into another sustainability-linked $150m loan when it bought out International Seaway’s 50% stake in two floating offshore storage vessels.

The interest rate is lowered when Euronav reaches two sustainability-linked key performance indicators, the company said, without disclosing those terms.

Hafnia’s seven-year, $374m loan, signed in March 2021 with a 10-bank syndicate and backed by 29 tankers, had a similar adjustment mechanism that discounted loan terms if undisclosed targets were met.

Even so, Hafnia’s 2021 annual report showed that the weighted average effective interest rate on its borrowings was unchanged from the previous year, at 1.8%, suggesting a negligible impact on the bottom line.

The lack of transparency of KPIs and the IMO-linked targets are at the forefront of criticism over green maritime finance.

LNG-fuelled vessels classify to be eligible for a green loan in the EU, even though the alternative fuel has been criticised by the World Bank, which recommended against funding a related natural gas maritime infrastructure.

“Everybody wants new technology, but not many people want to pay for the development,” she said.

Figures from signatories to the Poseidon Principles suggest there is some way to go before all credit is aligned with even the most basic of targets.

The IMO has committed to a 40% reduction in carbon intensity in international shipping by 2030 and a 50% cut in greenhouse gas emissions by 2050.

In all, 11 out of 23 ship finance portfolios of Poseidon Principles signatories were aligned with this target, according to the latest annual report. Some of the biggest European banks, including Credit Suisse and ING, reported negative scores.

However, with all signatories now measuring loans against these targets, going green has become mainstream.

This article is part of Lloyd's List's special report on Shipping Finance to be published in full online. Subscribers can download a PDF copy of the report by clicking here

Finance could dry up for owners who don’t go green