What has the Apollo astronaut programme got to do with ageing Japanese seafarers and funding for autonomous shipping? Listen to this week’s edition of the Lloyd’s List Podcast to find out 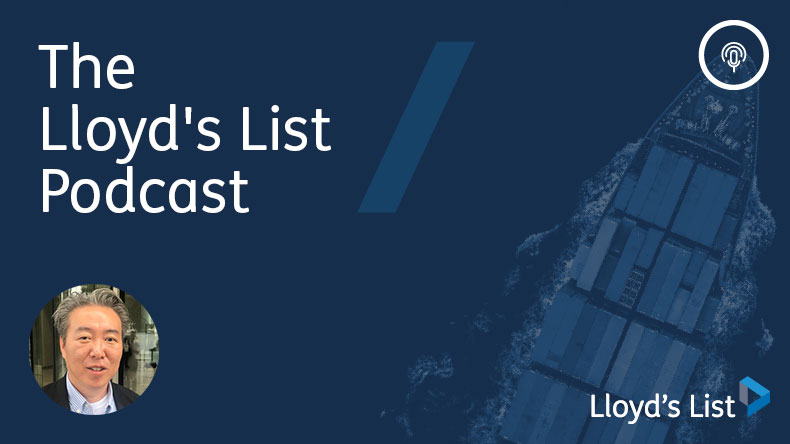 On the podcast this week: Naoto Nakagawa from the Nippon Foundation.
Lloyd's List · The Lloyd’s List Podcast: Can Japanese gambling deliver autonomous shipping?

JAPANESE seafarers are getting old. More than half of the crew serving on its extensive coastal shipping fleet are over 50. That is a pretty significant problem for a country with around 400 inhabited offshore islands, many of which are visited by ships only twice a day.

Autonomous shipping has, therefore, been seen as a very practical solution to a social problem in Japan.

The Nippon Foundation’s ‘Meguri’ project promises to deliver practical implementation of fully autonomous navigation by 2025. The aim is not autonomous technology for the sake of it, but a programme that will improve the flow of goods, people, costs and traffic around Japan.

There are currently five consortia made up of dozens of companies in the process of developing new equipment, systems, technologies and frameworks. They have already completed the demonstration tests of the projects, ahead of schedule.

This is not just a single project and this is not just a shipping problem — Japan is expecting to become a world leader in the industries that are inputting on this development. These tests will be the world’s first demonstrations using large vessels navigating over long distances through congested sea lanes and according to our guest this week — Naoto Nakagawa, who heads up the Meguri project — the results are expected imminently.

Autonomous shipping, of course, is not a new topic. We have had numerous guests on this podcast over the years opine on the degree to which autonomy is both possible and indeed desirable.

As we know, sea navigation presents serious technological challenges in terms of telecommunications infrastructure between land and sea and obstacle avoidance, as well as the economic challenge of high development costs, and as a result there has been limited development to date in the field of fully autonomous navigation for seagoing vessels.

The Meguri project is interesting, not just because of its punchy timeline, but the way in which it is requires a new way of looking at old problems. It is drawing together industry, not just in shipping but across technology specialisms in artificial intelligence and image analysis, with public and private financing and various stakeholders. It is advancing the autonomy project faster than many other projects that have come before it.

What has all that got to do with the Apollo astronaut programme of the 1960s? Well listen to this week’s edition to find out!