Exports were at 5m tonnes a month pre-invasion 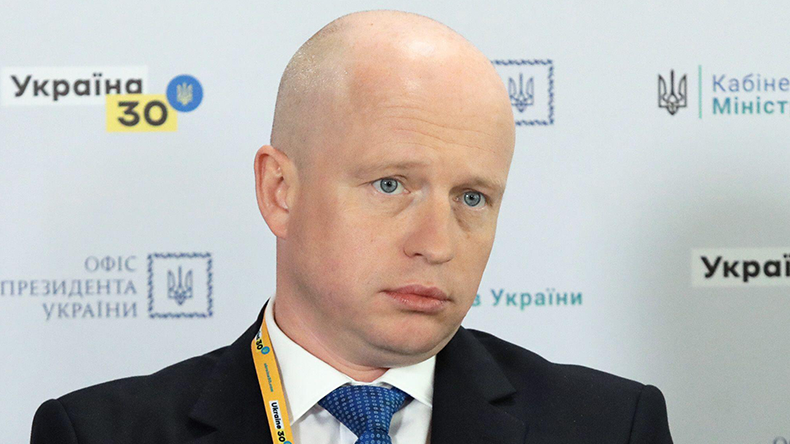 Source: Ukrinform / Alamy Stock Photo Vaskov: ‘We have all the tugs we need for the duration; they are ready, crew are on board and ready to operate.’

The first 12 shipments totalling 370,000 tonnes of grain sailed from Ukrainian ports of Odesa, Chornomorsk and Yuzhnyi in recent days via a safe, Black Sea grain corridor overseen by the Istanbul-based Joint Coordination Centre.

The minister said berths were now free and ready to accommodate incoming bulk carriers because vessels stuck there since the February invasion had left with cargoes.

“If by September we will have 3m tonnes of (grain) exports from the three ports, I think it will be a good job,” Mr Vaskov said, speaking by phone from Kyiv. “We will reach this in two to three weeks.”

Unsold corn consignment analysed in late May and judged sound, with repeat fumigation as a precautionary measure

That would equate to five ships sailing from each of the ports daily, which Mr Vaskov said was achievable as commercial confidence in the grain corridor concept increased.

The assessment from the Ukrainian government’s minister responsible for maritime affairs adds to positive expectations from the United Nations — which is overseeing the corridor — of a “big uptick” in exports following the proof-of-concept sailings.

Lifting the blockade has eased global grain prices, which had soared to records and stoked global inflation fears and forecasts of a looming humanitarian food crisis.

Ukraine exported some 17m tonnes or nearly 10% of the world’s wheat in the 12 months ending June 30, 2021, according to Australia’s agriculture department. About 20m tonnes of wheat was said to be stuck in grain silos at Ukrainian ports.

The country is also a significant exporter of oilseeds, corn and barley, and employer of panamax, supramax and handysize ships with some 108 bulk carriers tracked calling at the port of Odesa through July and August 2021.

Mr Vaskov said there were 14 safe passages identified by the country’s military from the three ports to the open sea area which were working well. He acknowledged risks from drifting mines but “technically the corridors are ready” he said.

There were also sufficient tugs to provide support to safely guide vessels out of port to avoid mines, with “more than 10” available.

“We don’t have deficits of tugs,” he said. “We have all the tugs we need for the duration; they are ready, crew are on board and ready to operate.”

Mr Vaskov said there were 15 vessels registered to use the corridor — outbound and inbound — and that war risk insurers were increasingly comfortable of safety and viability.

Under the deal struck on July 29 and brokered by Türkiye, exports of grains and fertilisers are protected via a 10 nautical mile corridor with applications managed by the JCC, which also conducts vessel inspections to ensure against weapons smuggling.