‘It feels like September, but it’s only July,’ according to one tanker company executive

Shipbroker Braemar assesses average spot rates for a modern VLCC with scrubber installed at $36,361 daily — 260% higher than two months ago FURTHER evidence that the nascent recovery in rates for very large crude carriers is taking hold has arrived in the form of a rebound in Chinese demand that has lifted earnings into the black for the first time in nearly four months.

That comes as shipbrokers’ positive assessments of future fleet fundamentals has added to the positivity in the market.

“It feels like September, but it’s only July,” one tanker company executive told Lloyd’s List about current market sentiment. 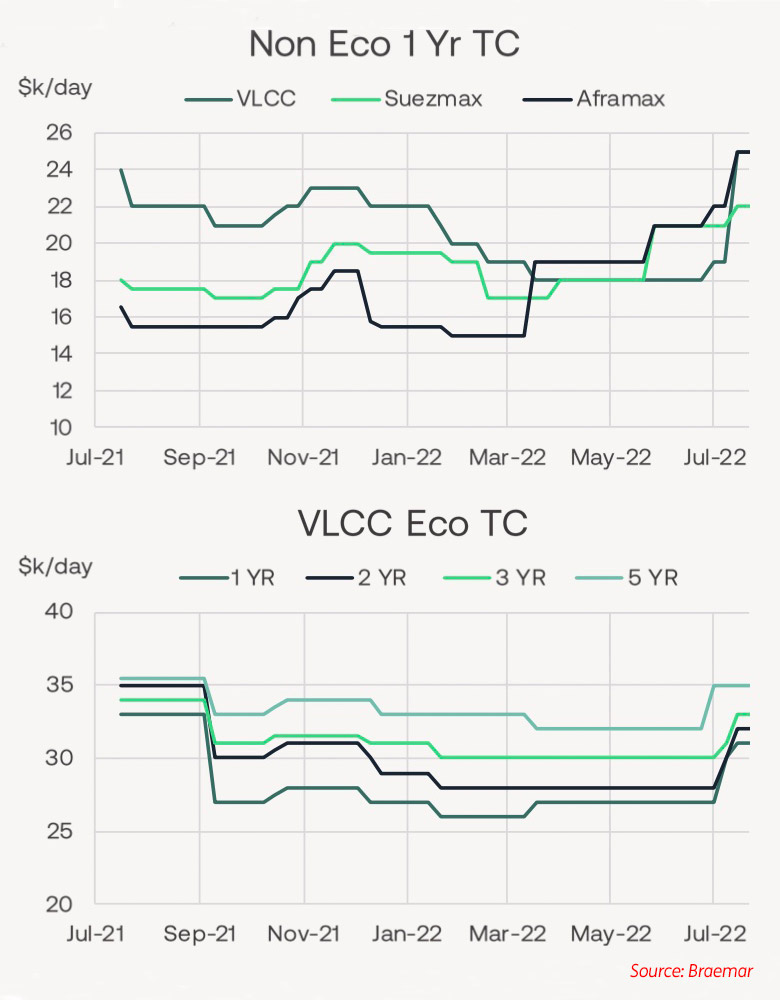 VLCC rates typically begin a seasonal surge in September as oil traders charter tankers on the spot market to meet increased runs by Asian refineries producing additional gasoil and kerosene for heating ahead of the northern hemisphere winter.

But over the past week, shipbrokers and owners have noted an early start to the fourth-quarter spike.

That has lifted VLCC spot rates on the benchmark Saudi Arabia-China route to positive territory for the first time since April 14, around the time restrictive lockdowns pummelled demand for the world’s biggest oil importer and depressed tanker demand.

Daily rates on the route were assessed at $8,914 on July 22, according to the London-based Baltic Exchange. That is up from minus $10,867 per day at the beginning of the month.

Negative assessments do not reflect vessels’ age, sailing speed, fuel efficiency or whether scrubbers are installed, allowing them to use cheaper fuel oil.

Depressed demand over 2022’s first half from China, which imports some 80% of its seaborne crude on VLCCs, means that the larger tankers have so far failed to benefit from the recalibration in trade routes that has led to a rates rebound for most of the smaller fleet sizes.

But evidence suggests that Chinese crude purchases for August delivery have returned to normal as lockdown restrictions ease, with the caveat that the country’s zero-Covid policy adds to uncertainty beyond immediate months.

Because data also show that refinery runs have held up, this “led to a negative implied crude stock change in June, the first time this has occurred in 2022”, General Index said in its weekly report.

“We see import data rebounding in August,” the report said.

London shipbroker Braemar said there was “renewed faith” in the VLCC market with stronger rates and “a switch in psyche”.

Spot rates for a modern VLCC with scrubber installed were assessed to average $36,361 per day — 260% higher than two months ago — with older tonnage without scrubbers now averaging $9,221 per day.

“Charterers are there in abundance for tonnage cover and owners are starting to come around to what is eventually on offer,” Braemar said in its weekly report.

“VLCCs are being sought high and wide, by many.”

Preference was for newer, so-called eco-tankers, with scrubbers installed, where the difference in earnings with older, less efficient VLCCs without scrubbers was up to $30,000 daily, the report said.

One 2017-built VLCC was chartered “by the world’s biggest importer” for four months in the “mid-30s” per day, with “low 40s for an optional five months”, according to Braemar. 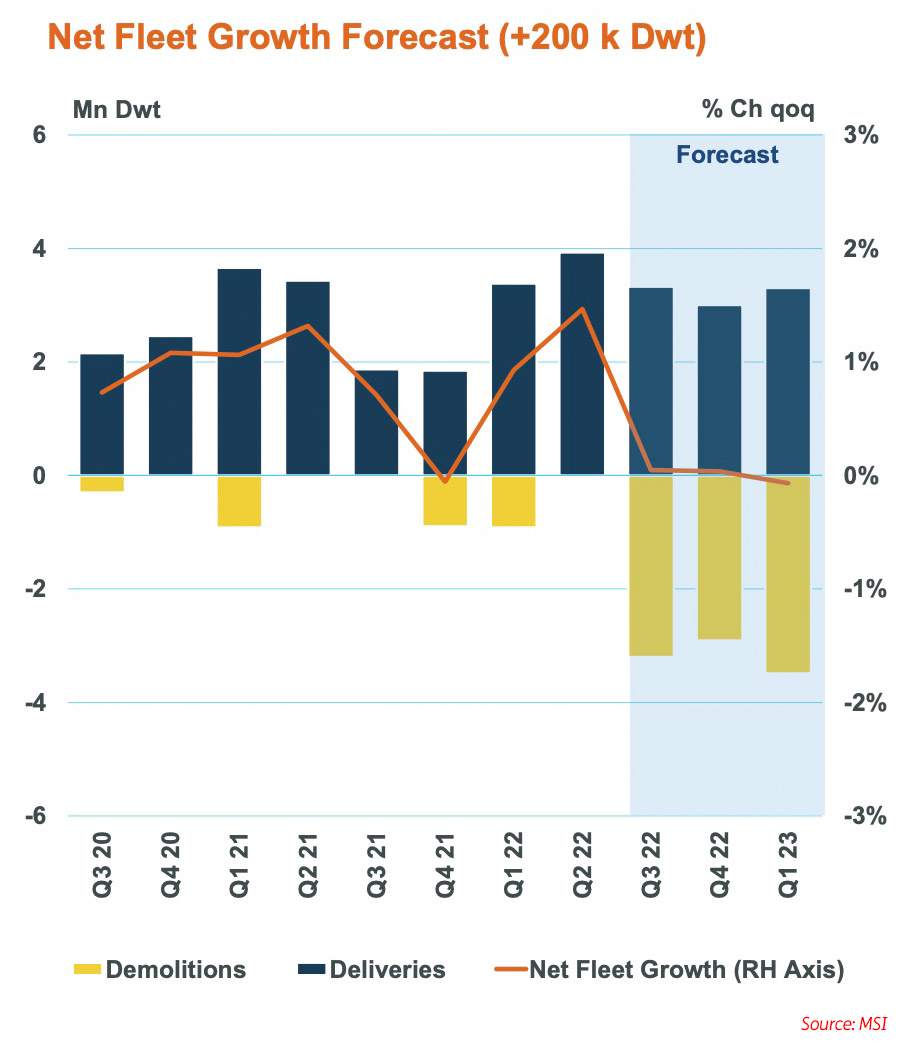 Other shipbrokers are also highlighting low newbuilding orders and fleet growth over the medium term, which adds to the sustainability of any nascent recovery.

“All signs point to supportive fleet-side fundamentals over the medium-term, which… should offer significant support to earnings,” Paris-based shipbroker BRS said in its weekly report.

“There first remains a transition period where tanker demand has to attain its pre- pandemic level which will help to digest much of the tonnage which has entered the fleet over the past two and a half years.”

The VLCC fleet, even with conservative demolition estimates, would contract by as much as 2% the report said.

BRS said that it now projects the return of pre-pandemic oil and tanker demand will be delayed to mid-2023, “with any looming global economic slowdown potentially delaying this further”. The shipbroker’s initial forecast was for mid-2022.

TEN buys VLCC as it returns to profit

The week in charts: Smaller tankers, not VLCCs, lead tanker recovery | Much of Sovcomflot’s fleet is waiting for orders | Boxship newbuilding orderbook is set to surpass 30% of operational fleet