Shipping is not a single industry, so are representative bodies able to provide a collective voice?

The many organisations representing all sectors of the maritime industry need to decide whether their main purpose is to provide a forum in which issues can be discussed and policies developed in private, or to speak up in public on behalf of their members in bad times as well as good 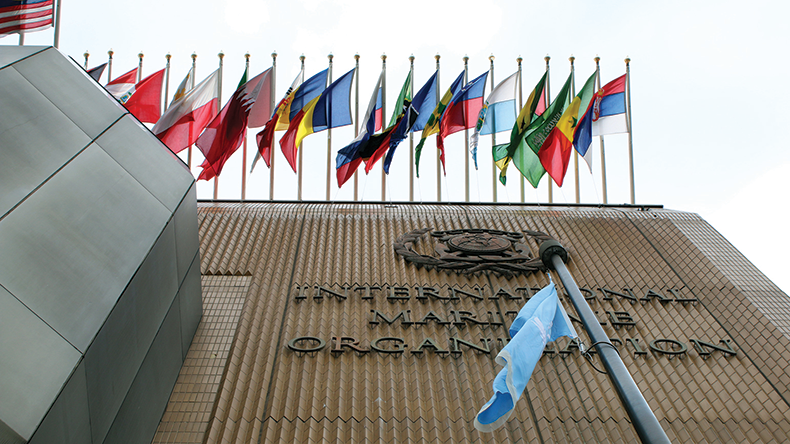 Source: International Maritime Organization The alphabet soup of organisations with maritime interests is totally confusing to the outside world.

SHIPPING is not a single industry.

It is a collection of industries which, in many ways, have little in common with each other.

At the centre are three main sectors — containers, tankers, and bulkers. Each has a different set of owners and charterers. Broadly speaking, they have different business models, operate in different trades, call at different ports, serve different customers, and are governed by different regulations. Even the ships they deploy are built to very different designs and specifications.

What has brought these disparate groups together in recent years have been issues such as digitalisation, decarbonisation, automation, security, and sanctions, where the whole maritime community faces similar challenges.

But where should industry players turn to for support in addressing such matters, developing industry standards, or advising policymakers?

Trade associations must deliver to survive

At time when organisations representing maritime interests are under the spotlight, Maritime London’s success rests on staying focused on the needs of its members and refusing to be diverted by issues on the periphery of its core interests

Catching the attention of politicians and getting the right message across to governments and regulators has always been a major problem for the shipping world. One only had to listen to President Joe Biden’s misguided and ill-informed attack on container lines a few weeks ago to realise how misunderstood the business of shipping is.

But who should be leading the campaigning and lobbying? Presumably the trade associations. However, as is all too clear from past experiences, the alphabet soup of organisations with maritime interests is totally confusing to the outside world. And that includes politicians who, understandably, don’t always know whom they should be listening to, given the vast number of representative bodies.

Maritime activities range from shipowning, shipbuilding, port operations, and crewing, to professional services such as broking, banking, insurance, and classification — plus much more.

Hence these businesses are represented by thousands of different federations, associations, councils, and other trade bodies around the world.

The latter was formed to bring together associations from across the spectrum under a single umbrella group, as is evidenced by its working title when first being set up some 15 years ago, One Voice. And, until recently at least, it has had considerable success in gaining the ear of government.

Nevertheless, how does any group that represents a diverse membership find common ground that enables it to present a united front in public? Or is that becoming increasingly tricky?

Take the European Communities Shipowners’ Associations, where a serious split emerged earlier this year about whether to condemn Russia’s invasion of Ukraine. After several weeks of bitter wrangling behind the scenes, about half the membership eventually issued a statement.

The UK Chamber of Shipping found itself in a real bind over the firing of some 800 seafarers employed by P&O Ferries, and maybe for that reason declined to invite the press to its annual general meeting, in contrast to past years.

Then came the International Chamber of Shipping’s recent decarbonisation summit, from which the media was barred, while a follow up press conference was off the record.

Now Maersk has decided to scale back its ICS activities — although it remains a member through Danish Shipping and other national shipowner associations - and focus on the World Shipping Council. This was set up by the exclusive former Box Club of container line bosses which, while very low profile, realised the box sector needed to have a public voice.

The WSC was established to represent the industry on Washington and beyond, while the former European Liner Affairs Association was set up to lobby the European Commission when Brussels was dismantling the conference system.

The difference between say, the ICS and the WSC, is that whereas the former represents national shipowner associations from around 40 countries, membership of the latter comprises container line shipping companies including virtually all of the major players who are directly involved in the organisation.

So is this the way forward, with the more specialised associations best qualified to represent and champion specific sectors of shipping, and better placed to develop a common position that they would then be prepared to voice in public?

Trade associations of all sizes face a difficult juggling act reconciling the demands of their members and the expectations of the wider world, including policymakers, the media and the general public.

Members have a right to confidentiality and closed door discussions, but those same organisations will also find themselves on the front line as representatives of the maritime industry, and a “no comment” is rarely acceptable these days.

There are no easy answers to this conundrum, and yet somehow shipping has to decide whether it does want to speak as one on matters of global importance, or to accept that it is not a single industry but several quite separate ones, albeit with some overlapping interests.

Certainly, at a time when shipping urgently needs to be more transparent and visible, explain its crucial role in the global economy, detail the efforts to cut ship emissions, and promote the many career opportunities that exist, the tendency to dive for cover when difficult situations emerge is not a good look

Trade associations must deliver to survive