Human rights must be upheld on land and at sea alike

We need leadership, awareness and associated sensibilities more than ever 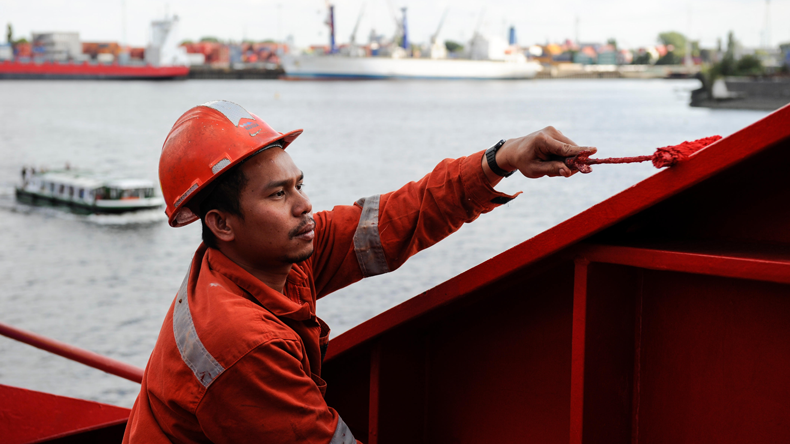 IT STARTS from the top, and works its way down.

The result is the collapse of much-needed deterrent effect. In short, impunity remains rife and collectively, we are simply not doing enough to challenge and expose.

At imminent risk are our hard-won freedoms, our collective sense of moral compass, the core ethics of ‘doing no harm’, and our humanity.

Human, labour and social rights are variously ignored, mocked and degraded. Despite best efforts to reinforce the scope of international instruments, the realities of successful enforcement remain unknown, especially at flag state level.

Human Rights at Sea, and its supporters, have consistently challenged the International Maritime Organization, shipowners, managers, agents, recruiters, interest groups and others for not exposing abusers and holding them accountable.

We have demanded greater transparency in the detailed public reporting by organisations such as RightShip around their clients’ crew welfare self-assessments.

We continue to disclose specific cases of abandonment and sexual and cadet abuse, themselves often couched in terms of general industry reporting trends unless explicitly exposed by unions, civil society or media articles.

We will continue publicly to highlight the serious intended and unintended consequences to individual human rights protections stemming from an emerging and insidious breakdown in the international rules-based system.

This includes state avoidance of the effective enforcement of the Maritime Labour Convention 2006.

We are at a tipping point in a perfect storm of global misdirection, individual selfishness, and persistent focus on short-term gain across the entire maritime sector.

This can be exampled by the current Ukraine crisis and associated shipping challenges for global food security in the Black Sea and Sea of Azov set against a background mining, sea blockades and deliberate targeting on non-combatant seafarers resulting in their injury and death.

Inevitable, the examples set at state level arguably bleed into the conduct of boardrooms. Companies too often pay only lip-service to access to justice and overlook failures of independent complaints procedures and limited access to essential medical services for crew, thereby normalising unacceptable behaviours for the benefit of the few at the expense of the many.

The previous generational safeguards of senior leaders against a breakdown in human rights were derived from a world weary of global conflict, horrific abuses on an unprecedented scale and a common call for global stability.

The prime example here is the establishment of the United Nations and the subsequent formation of UN agencies, including the IMO and ILO, with supporting conventions signed and ratified by the majority.

This became the basis for the international rules-based order encompassing internationally agreed protections for persons at sea including seafarers, fishers and those migrants and refugees rescued to safeguard their lives.

Today, we need leadership, awareness and associated sensibilities more than ever.

The historic cycle of international conflict is again knocking at our door across the world’s shipping routes and within coastal states.

It is the moral responsibility of every person in every position of power and influence at whatever level to assure that hard-won fundamental rights are not wiped away due to inaction, lack of accountability, or a fear of speaking out.

By way of a reminder to the shipping industry and the associated supply chains, human rights are universal. They apply at sea as they do on land.

We must therefore make a concerted effort to globally end human rights abuse at sea without kicking the can down the proverbial road with yet another ESG reporting cycle, awards ceremony or committee meeting.

David Hammond is chief executive of Human Rights at Sea

Hull coating technology is helping to save the oceans