Will shareholders pay the price for John Fredriksen’s legacy-seeking strategy?

‘It’s basically exchanging shares of Euronav into shares of Frontline. Then you have to have faith in the John Fredriksen franchise and his name and his legacy continuing,’ Alexander Saverys tells Lloyd’s List 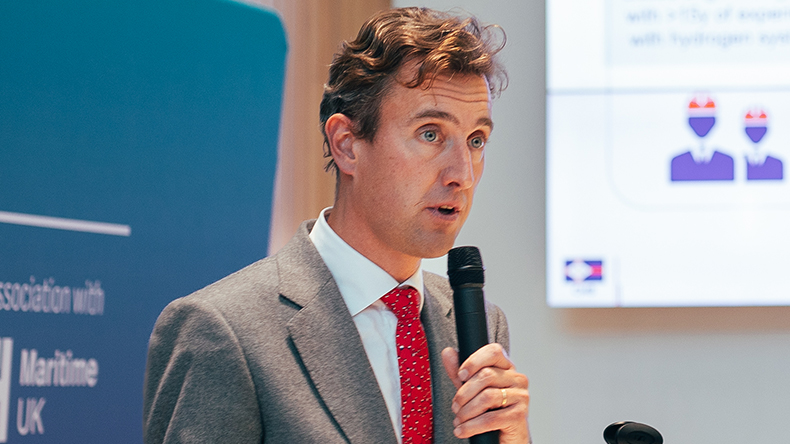 THE numbers don’t add up for a successful voluntary share exchange that will ultimately merge Frontline and Euronav.

That is the view of Euronav’s largest shareholder, which remains opposed to combining the two tanker giants.

“It’s puzzling to me that people who know how to calculate the percentages still push ahead with something that they know will lead to nothing,” he said.

The Saverys family, which owns 19.6% of Euronav compared with John Fredriksen’s 18.8%, is opposed to a voluntary share exchange to merge with Frontline

CMB is the largest shareholder in Euronav, with 78-year-old Frontline tanker billionaire John Fredriksen the second-biggest.

The Belgian private shipowner was expanding on objections to yesterday’s “surprise” announcement by Frontline and Euronav to launch a share exchange in the fourth quarter at a ratio of 1.45 Frontline shares for one Euronav share.

If all shareholders participated and accepted the offer, CMB still had 20% of the combined entity, Mr Saverys said.

Even with 80% it was very unlikely that the votes to approve any legal merger at an extraordinary general meeting would reach 75%, he said.

“History shows we never have had 80% attendance at a general assembly. If they were quite certain they could push through a merger they would have gone to an AGM, which they have not done.

“The question is, ‘Why are they doing this?’ The decision the shareholders will have to make is: ‘Does it represent good value for me?’

“Do I want to be part of Frontline, because the merger without our support isn’t going to happen.

“So, it's basically exchanging your shares of Euronav into shares of Frontline. Then you have to have faith in the John Fredriksen franchise and his name and his legacy continuing.”

Frontline’s founder and tanker tycoon Mr Fredriksen began to build his stake in Euronav in September 2021, prompting CMB to rebuy shares to regain holdings after selling out 18 months earlier.

At the same time, Mr Fredriksen emerged in May as the biggest, but unwanted, shareholder in tanker company International Seaways with a 16% holding.

The two purchases coincide with a tanker market emerging from a protracted downturn and Mr Fredriksen’s long-trailed preparations to leave an easy-to-liquidate legacy for his two daughters, who have not joined the business.

The Saverys family — brothers Alexander and Ludovic and father Marc — opposed the merger, which they have characterised as “old” versus “new” ways to manage the energy transition for tanker shipping.

“We’re not going to sell the tankers one minute before the market recovery,” Mr Saverys said. “We want to use these cash flows in the next few years to reinvest in diversifying the fleet being less dependent on oil.

“We can keep the VLCC and suezmax fleet definitely in play for the next couple of years, use the cash that comes out of it, either the charter money that comes in or by the sale of assets, and then reinvest in container shipping, in ammonia carriage, in dry bulk, in offshore wind, and everything we're doing already now, with CMB.”

If a solution wasn’t found, the resulting structure would be “very negative and not only for us, but also for Frontline and Euronav shareholders”.

“The big danger of the situation they are pushing for is that you have two competing companies, Frontline on the one hand, Euronav on the other,” he said. “For every decision they take will have to go through a kind of conflict-of-interest procedure or governance committee oversight because one company will control the other.

“The conflicts of interest are so huge.”

Lars Barstard, the chief executive of Frontline, said that a voluntary exchange offer was a “very democratic avenue for the proposed merger”.

If all shares were tendered for exchange, Frontline shareholders would have 45% of the combined company and Euronav the remaining 55%.

“John Fredriksen and Frontline have built shareholder value for decades and strongly believe in the shareholder rights to govern the strategic direction of a company,” he said.

Euronav battle is clash of visions for the future of tankers

Frontline 2.0: Who wants to be a ‘supersized tanker behemoth’ anyway?