Shipowner has set up a special team to determine liability 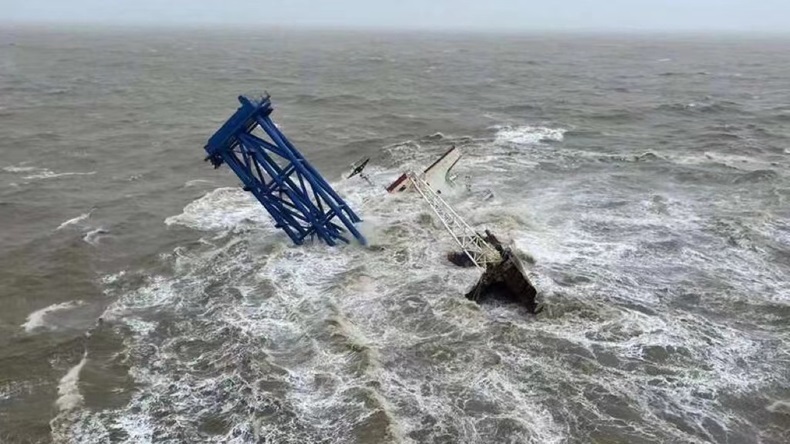 RESCUERS have recovered 12 bodies following the sinking of a Chinese crane vessel.

Fu Jing 001 was caught in Typhoon Chaba and sank off Hong Kong over the weekend. Four members of a crew of 30 have been rescued as of July 4.

The bodies were retrieved about 50 nautical miles from where the ship broke in two and sank, according to the maritime authority in China’s Guangdong province.

“The related government department is stepping up efforts in identifying the bodies,” it said in a statement, adding that rescue operations were continuing, with more than 740 vessels and seven planes involved.

“The vessel had already sailed to the anchorage before the typhoon came, but it was still impacted as the wind was too strong,” a company spokesman told Lloyd’s List.

It was serving a wind farm installation project about 300 km (186 miles) southwest of Hong Kong.

The company has joined the rescue operation and is dealing with insurance issues for the crew families alongside its project partners.

“We have set up a special team with the contractor of the project to determine the liability,” he said.

Fu Jing 001 was reportedly retrofitted from a transport vessel into a floating crane at a Jiangsu-based shipyard linked to China Merchants Heavy Industry.

At least 13 dead after chlorine explosion at Jordan port