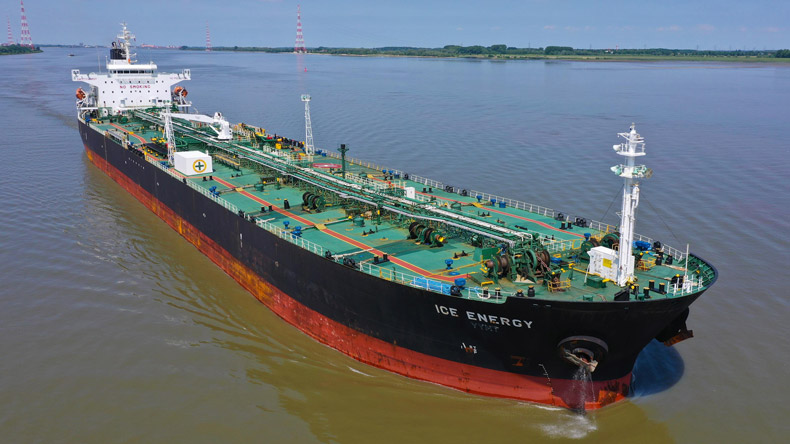 GREECE has temporarily blocked two shipments of Iranian crude seized by the US amid faltering diplomatic negotiations over the return of two Greek tankers seized by Iran last month.

The vessel is the first of two panamaxes operated by Dynacom Tankers chartered by the US Department of Justice to carry a cargo of Iranian crude seized by the US to New York.

It is laden with about half of the cargo that is to be transferred from the Russia-flagged tanker Lana (IMO: 9256860), after a Greek district court in Chalkida upheld the US application.

Lloyd’s List has been told that inspectors’ observations related to matters covered by Ice Energy’s ISM certification, making it a matter for Bureau Veritas rather than ABS, the society classing the tanker.

However, shipowner George Prokopiou, the founder of Dynacom, told Lloyd’s List that he was left “upset” by the turn of events.

The detention was “100% political” and resulted from inspectors being ordered to find issues that would justify preventing the tanker from sailing, he said.

The owner dismissed observations cited in the port state control report as “stupidities.”

According to Mr Prokopiou, Dynacom has subsequently obtained all necessary certificates from BV, ABS and the Liberia flag to enable Ice Energy to sail.

A second Dynacom tanker, Ice Victory (IMO: 9301744), was due to load the remaining cargo from Lana via a ship-to-ship transfer, but that has also been blocked pending a legal review. It has been anchored next to Lana since June 1.

The DoJ initially seized the cargo on board the Lana in mid-May on the basis that the 107,000 tonnes of Iranian crude were sanctioned by the US.

Working in co-operation with the Greek government, US authorities had chartered two tankers — Ice Energy and Ice Victory — from Dynacom to transfer the oil and ship it to an undisclosed US port, thought to be Houston.

However, that operation was interrupted when two Greek oil tankers were seized on May 27 in international waters by Iranian military personnel while navigating through the Middle East Gulf.

The suezmaxes Delta Poseidon (IMO: 9468671) and Prudent Warrior (IMO: 9753545), both under the Greece flag, were subsequently taken to Iranian waters where they are have been anchored north of Qeshm Island with 49 crew on board ever since.

While Iranian authorities initially cast the seizure as an intervention responding to unspecified maritime violations, statements made since the seizure have made clear that the tankers were taken in response to the US seizure of oil from the Lana.

Speaking on June 4 Iran's supreme leader Ayatollah Ali Khamenei confirmed that Iran’s Islamic Revolutionary Guards Corps seized two Greek oil tankers in retaliation for the US confiscation of the Iranian crude on board a tanker detained off Greece over a month ago, saying Iran’s actions did not amount to theft.

“Some time ago, the Greek government stole some of our country’s oil due to an order from the Americans,” Khamenei was quoted as saying on his personal website. “But when the self-sacrificing, valiant soldiers of the Islamic Republic confiscated the enemy’s ship carrying oil, they accused Iran of theft through their extensive propaganda machines. But it was them who had stolen our oil. Taking back something that had been stolen is not an act of theft.”

With Lana detained in Greek waters and the US transfer of oil to Ice Energy and Ice Victory incomplete, diplomatic negotiations between Washington, Athens and Tehran appear to have stalled. US lawyers with direct knowledge of the situation have told Lloyd’s List that they expect the delays to be resolved “within a matter of days”.

The DoJ has not yet publicly admitted to the seizure of the oil and a spokesman told Lloyd’s List that no comment would be made on the operation.

The Greek government has come under pressure from the opposition party Syriza to publish details of the legal basis of the government’s acceding to a US application to seize the Iranian oil cargo off the Lana. The Greek authorities detained the vessel in April after it anchored off Karystos, a port on the island of Evia.

Athens has said it is doing everything possible on the diplomatic front to ensure that the two Greek tankers that were snatched in the Gulf — Polembros Shipping’s Prudent Warrior and Delta Tankers’ Delta Poseidon — are freed.

The government had “changed its mind” about the Iranian oil bound for the US, Mr Prokopiou suggested. “We are caught in the middle, but this is not the way to do it,” he said, adding that while Ice Energy was ready to sail, “which destination it will be for and where the oil will be delivered, I don’t know”.

The Ice Victory had been waiting to receive the second part of the Lana’s cargo off Karystos. “Very simply, it is not going to load unless this issue is resolved,” he said.