Suezmax vessel Kriti Hero sailed from the Kalamata anchorage for the Suez Canal after transferring oil from smaller tankers, according to vessel-tracking information.

A SHIP-to-ship transfer network established at anchorages off Greece, Malta and Russia is multiplying as high insurance costs and sanctions divert Russian crude and refined products seaborne cargoes amid a recalibration of trade routes.

Russian and mostly Greek shipowners are consolidating an increasing number of cargoes on larger tankers in territorial waters off Kalamata, Greece and Marsaxlokk and Marsaskala in Malta, data compiled by Lloyd’s List Intelligence shows.

Tankers that load at Russian Black Sea ports including Novorossiysk, Tuapse and Taman are tracked sailing to these anchorages to undertake STS operations.

There is no suggestion these shipments breach sanctions. 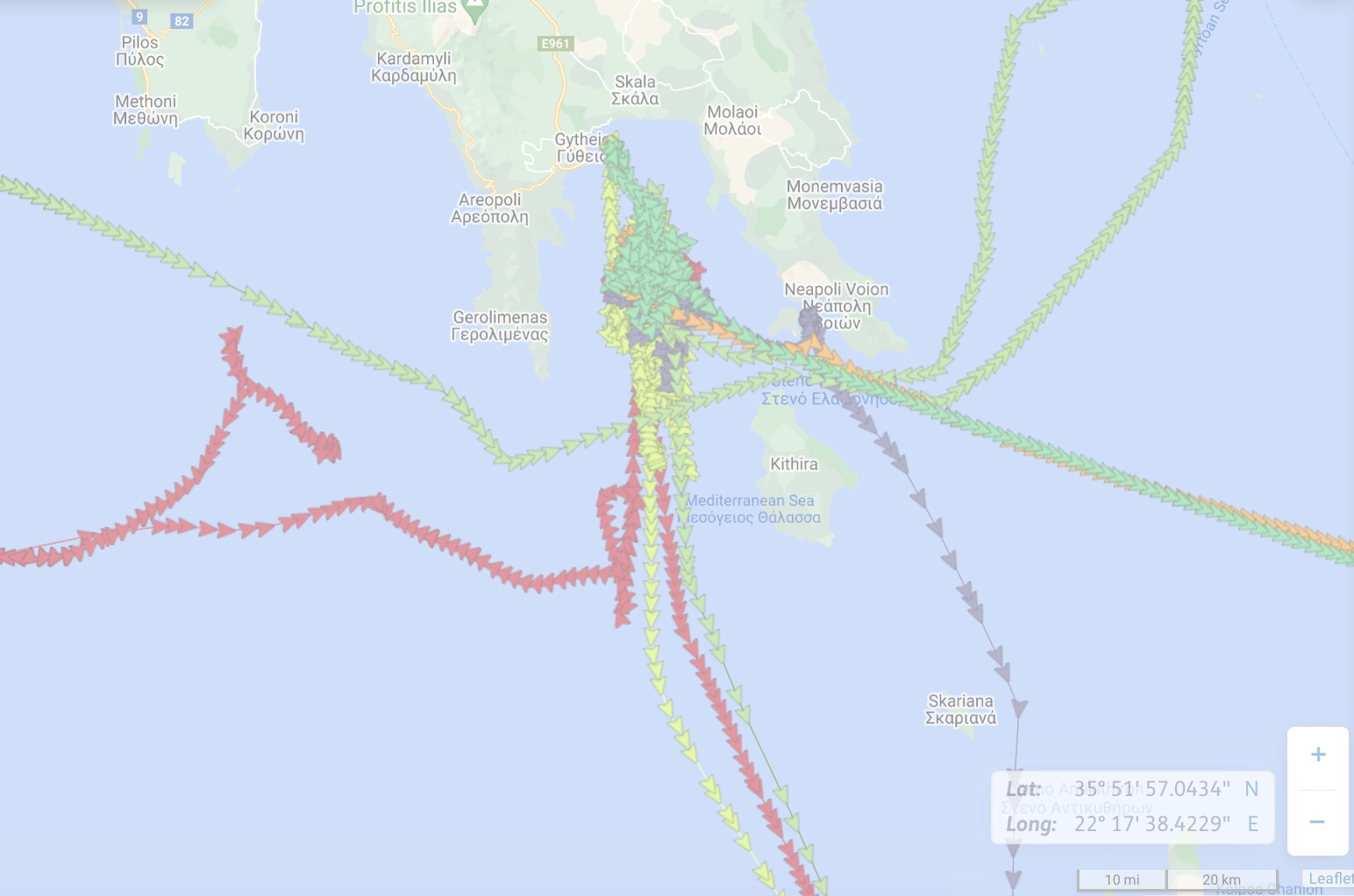 However, the STS networks mirror those established during the past three years by tankers engaged in US-sanctioned Venezuelan and Iranian oil and shipping trades.

The complicated network of STS hubs using anchorages off the United Arab Emirates, Oman and Malaysia support a range of evasive shipping tactics to avoid detection and obfuscate the origin and destination of cargoes.

Six suezmax vessels and one very large crude carrier have sailed from the Kalamata anchorage between May 1 and May 26 for the Suez Canal, after each took on as many as three separate transfers of oil from smaller tankers, according to data. 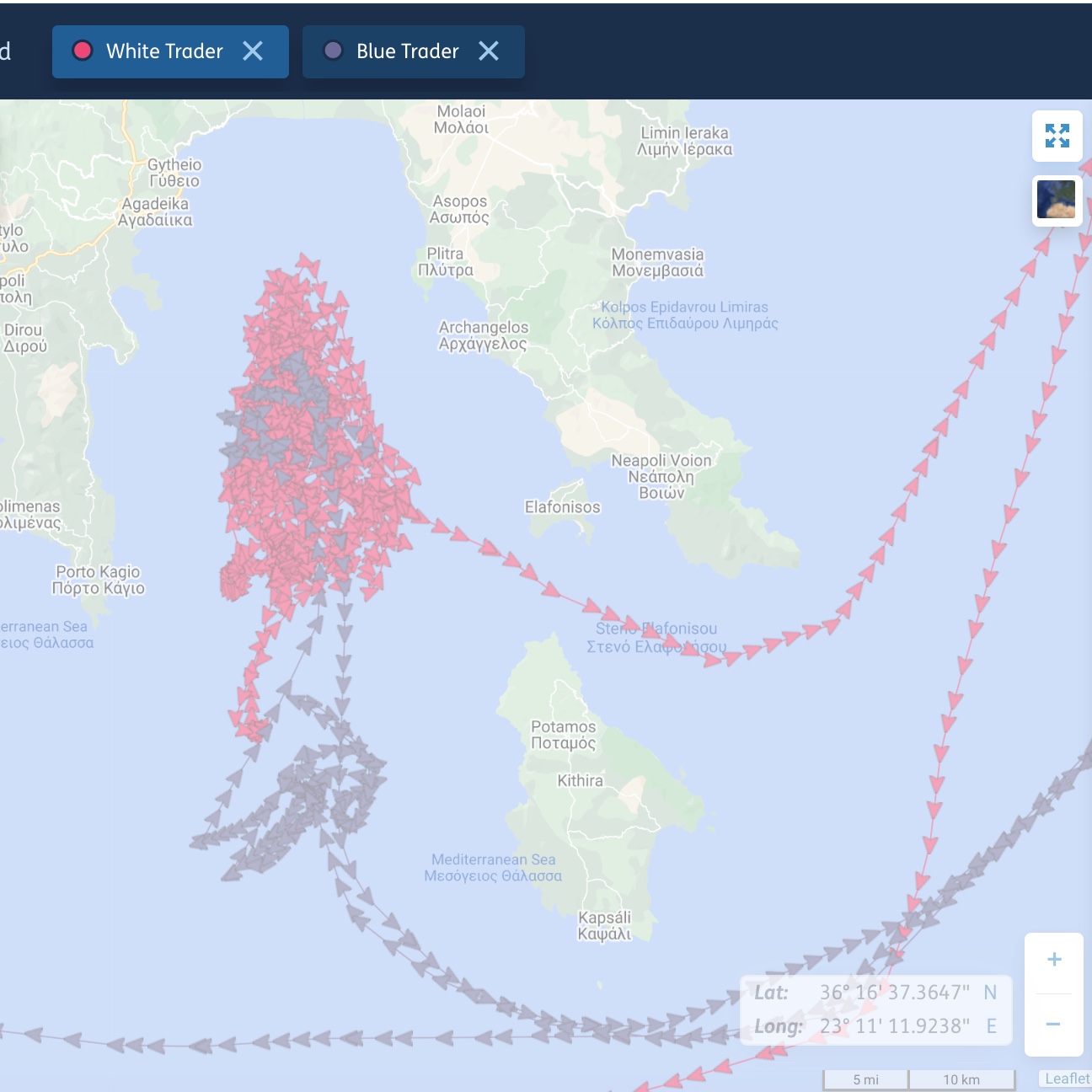 The latter has sailed to both Malta and Greece anchorages this month. Vessel tracking shows it engaged in two STS transfers in waters off Malta in the past three days, with panamax tanker Santa Cruz I (IMO: 9259680)and another suezmax, Kriti Vigor (IMO: 9290397), which sailed laden from Malta on May 26 for the Suez Canal.

Logistics networks are being redrawn weekly since Russia invaded Ukraine on February 24, provoking a patchwork of sanctions from the US, UK and European governments.

Energy commodities are not banned in Europe, but Russia-flagged ships cannot enter US, UK, or European Union ports, while Russia-owned, chartered or affiliated tankers are excluded from the UK, and north America. The US banned Russian oil cargoes from April 22.

Waters south of Gibraltar, off Ceuta, emerged last month as the STS hub for Black Sea cargoes which were loaded on to waiting VLCCs.

No Russia-origin cargoes have been detected with STS transfers in this area for the last two weeks, while activity has accelerated off Malta. Previously, many Russia-flagged tankers were tracked to the Kalamata anchorage, until EU port bans came into effect in mid-April.

Most tankers that lift oil and refined product cargoes from the major exporting Russian ports in the Baltic and Black seas still sail direct to their destination, according to vessel-tracking data.

However, the ownership composition of tankers willing to take the reputational risk of carrying Russian oil in return in return for high premiums is changing.

Tankers owned by Greek shipowners — many of them via private companies — dominate liftings, as European and publicly listed shipowners avoid business.

Of the 204 tankers over 10,000 dwt tracked between May 1-26 departing the ports of Ust-Luga, Primorsk, Novorossiysk and Saint Petersburg, 58 of these voyages were on tankers owned by Russian Federation-controlled Sovcomflot.

Sovcomflot, and many of its fleet of 120-plus tankers are subject to sanctions in the UK or US, prompting the sale of at least 40 over the past month. However, most of flagged using open registries and some are tracked off Greece or Malta.

Some 79 of voyages were completed by tankers beneficially owned by Greek shipowners, Lloyd’s List analysis shows. This is broadly in line with April figures.

Despite supply disruptions, some 3.4m barrels per day or 43% of Russian oil exports went to refineries in Europe over April, according to the International Energy Agency.

This is down by about 1.2m barrels per day on pre-invasion levels, although increased shipments to India, Turkey and China have offset losses, according to the Paris-based agency.

Within Russia, the Kavkaz anchorage near the oil terminal of Taman, near the Kerch Strait are linked to STS activity with tankers shuttling to and from Greece and Malta, and to and from a Russian port on the Azoz Sea.

After each transfer in these waters, Minerva Emily sailed for Greece waters for cargo transfers.

The smaller tanker is one of many of a similar size seen sailing from the Azoz Sea port of Rostov-Na-Donu (IMO: 8971190) for Kavkaz anchorage transfer. These are likely cargoes of vacuum gasoil though this could not be verified.

In another development, two tankers previously engaged in shipping Iranian or Venezuelan crude have now moved into these Russian STS trades.

The Cameroon-flagged, 2001-built aframax tanker Elbrus (IMO: 9206671) is sailing through the Suez Canal after calling at Novorossiyk, and then in waters off Malta.

The vessel switched off its AIS for large parts of its voyage in the Black Sea and Mediterranean Sea, so it was not possible to determine whether any STS transfers took place.

The 47,198 dwt Hana (IMO: 9162916), falsely flagged with Samoa, will arrive at Kalamata within 24 hours, the Russia Tanker Tracking Group said on May 27. The tanker also loaded in Novorossiysk.