And then there were 12. Owners should worry about P&I consolidation

Reducing the number of International Group affiliates to a dozen will not make much difference to buyers of protection and indemnity cover. But if that total were to halve over the next few years, there would be grounds for concern

Whether a slimmed-down IG would meet the textbook definition of oligopoly is a matter of taste, but six entities with 90% of a market between them is never a good look 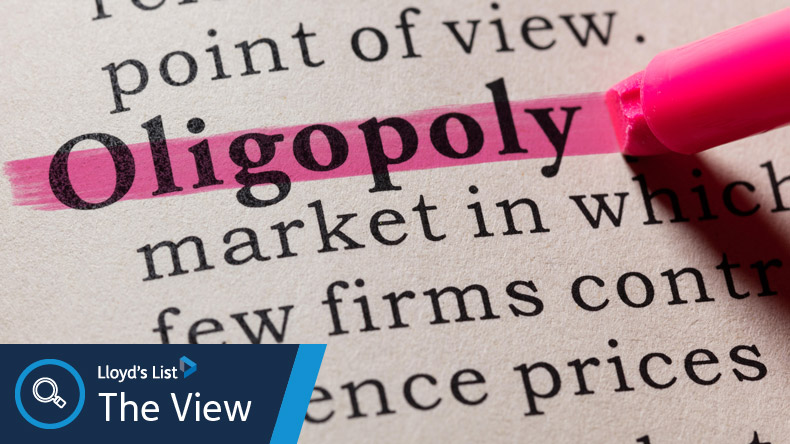 Source: Feng Yu / Alamy Stock Photo There is real logic to P&I consolidation, but there is also a danger of the International Group getting too small.

A MONOPOLY is a market with only one seller, a duopoly one with two. After that comes oligopoly, and the economics textbook definition becomes markedly more vague.

The International Group just about passes the smell test. It’s not perfect competition, but purchasers of protection and indemnity insurance for shipping enjoy a reasonable range of options.

With 13 choices on offer, the variety is greater than with volume motor manufacturers, mobile phones, airline groups, and major music labels, and certainly better than Microsoft’s effective monopoly on computer operating systems.

Club switching is much diminished from even 10 years ago, when there was significant churn in the first three weeks of February. The evidence, then, suggests that owners representing 9 out of 10 vessels in the world fleet are broadly happy with their lot.

But the baker’s dozen of marine mutuals is set to shrink to 12 next February, with the planned merger of North and Standard clubs almost certain to get the go-ahead when members vote later this month.

One obvious justification for the get-together is the creation of a counterweight to sector giant Gard, and the new entity will have roughly the same market share, namely around 20%.

North and Standard point to a raft of pragmatic advantages that will ensue. The elimination of duplicated costs could shave three percentage points off NorthStandard’s combined ratio; the boost to purchasing power and increased retention levels a further percentage point on top of that.

While it’s in the nature of mergers for participants to talk up the upsides, the analysis has won the thumbs-up from Marsh, the world’s biggest insurance broker.

A Marsh client note that falls only just short of explicit recommendation to vote yes to the deal. Not least, combining free reserves could mean new investment opportunities and lower investment fees, it points out.

But there are gainsayers, too. A similar note from rival broker Gallagher poses some fair and uncomfortable questions about what happens next.

The arrival of NorthStandard will itself have only minor impact on competition. Indeed, a second player with the clout to match Gard may even be competition-positive.

It may, however, prove contagious by example. While P&I mergers don’t happen overnight, the widespread expectation is that NorthStandard’s move will kick-start the consolidation process.

In 2020, Skuld chief executive Ståle Hansen predicted a fall in the overall number of clubs to six or seven by 2025. It’s starting to look like he was on the money.

We don’t know who will get into bed with whom. Gard chief executive Rolf Thore Roppestad this week ruled out initiating a Scandinavian superclub, although that form of words does leave a degree of wiggle room.

Attention will largely focus on the seven remaining British-based clubs, all but one of which are in more or less good shape. Some will likely conclude that they cannot allow North and Standard to have things all their own way.

Marsh and Gallagher are both right. There is real logic to P&I consolidation; four points off CR is worth having. But there is also a danger of the International Group getting too small.

Even with the total tally of clubs firmly in double digits, critics sometimes contend that the IG — which is, after all, the gateway to the all-important pool scheme — walks like a cartel and talks like a cartel.

Their suspicions can only be buttressed each renewal round, when club after club announces the same general increase.

In 2010, the group was forced to endure an antitrust investigation from the European Commission, although that was dropped on grounds of insufficient evidence two years later.

If the IG ranks were to fall drastically, it is easy to imagine the cartel allegations being quickly rekindled. Even if they are not, the prejudice to competition would be genuine.

Whether or not a slimmed down IG would constitute an oligopoly in the textbook sense is a matter of taste; but let’s just say that six entities with 90% of a market between them is never a good look.