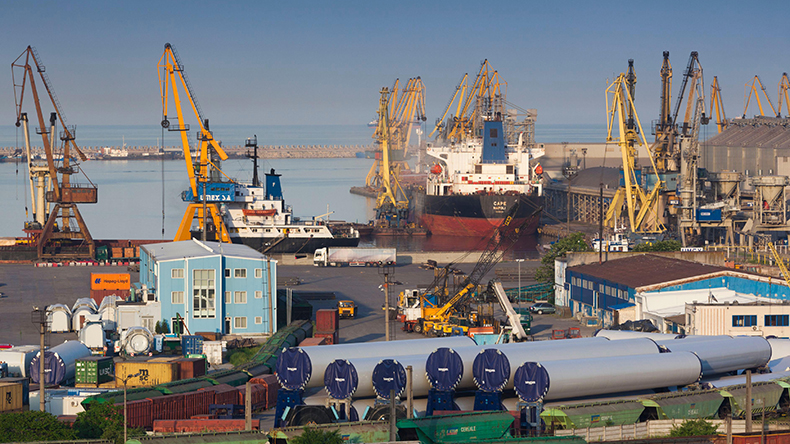 UKRAINE has exported its first seaborne grain consignment since the start of the Russian invasion in February.

The cargo was dispatched from the Romanian port of Constantza, according to Eurogal, the Lloyd’s agency in Odessa.

Some 71,000 tonnes of corn was loaded on to panamax Unity N (IMO: 9490466) last week. The vessel was nearing its destination port of Cartagena, in Spain, according to latest tracking information from Lloyd’s List Intelligence.

Repairs to the rail line between Giurgiulesti and Galati will ultimately allow Galatz, another Romanian port, to be used for further shipments.

The Bulgarian port of Varna is also being prepared to handle Ukrainian agricultural products, in particular flour and sunflower oil.

Eurogal also reports that combination tanker MTM Rio Grande (IMO: 9314911) was damaged by a Russian cluster shell while loading sunflower oil at Nika Tera port in Nikolayev on May 3. No injuries were reported.

Russian warships are said to be continuing missile strikes, blockading the coast, and conducting reconnaissance. More mining of the Black Sea coast is evident.

Around 500 seafarers are still stranded on the vessels alongside at Ukrainian ports, being unable to leave on account of minimum safety manning certificate requirements.