After waiting for more than a week off Novorossiysk in ballast, three tankers set sail for Turkey signalling they are now laden with oil cargo despite AIS transmissions showing they never called at the port or made ship-to-ship transfers 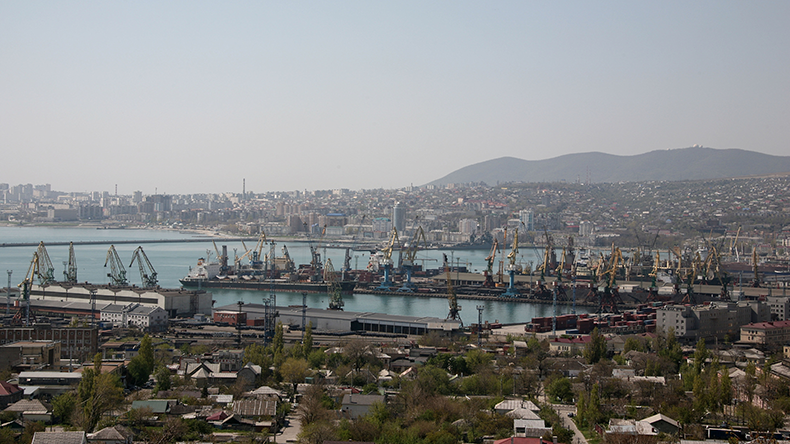 Source: Evgeny Gritsun / Alamy Stock Photo There have been some 52 tankers over 20,000 dwt tracked at anchor for at least seven days in international waters in the Black Sea, destined for Novorossisyk or Tuapse.

TANKERS are finding new ways to mask how they load crude from key Russian ports.

Two aframax tankers and one suezmax vessel are signalling they are laden and sailing to Turkey even though vessel-tracking showed they did not call at any Black Sea Russian port despite waiting in nearby international waters.

The ships spent nearly two weeks in ballast in waters off Novorossiysk before departing.

Not only do Automatic Identification System signals for each tanker show that they did not berth at either terminal of Novorossisk or Tuapse, there are no transmission gaps, nor any vessel-tracking patterns that suggest that they conducted any ship-to-ship transfers to received crude or products cargoes.

The three tankers were among some 52 tankers over 20,000 dwt — including 10 that are Russian owned or registered — tracked at anchor for at least seven days in international waters in the Black Sea, and destined for Novorossisyk or Tuapse.

Repairs from storm damage were also undertaken at one of the Novorossiysk terminals over the last week, the Russian government said. 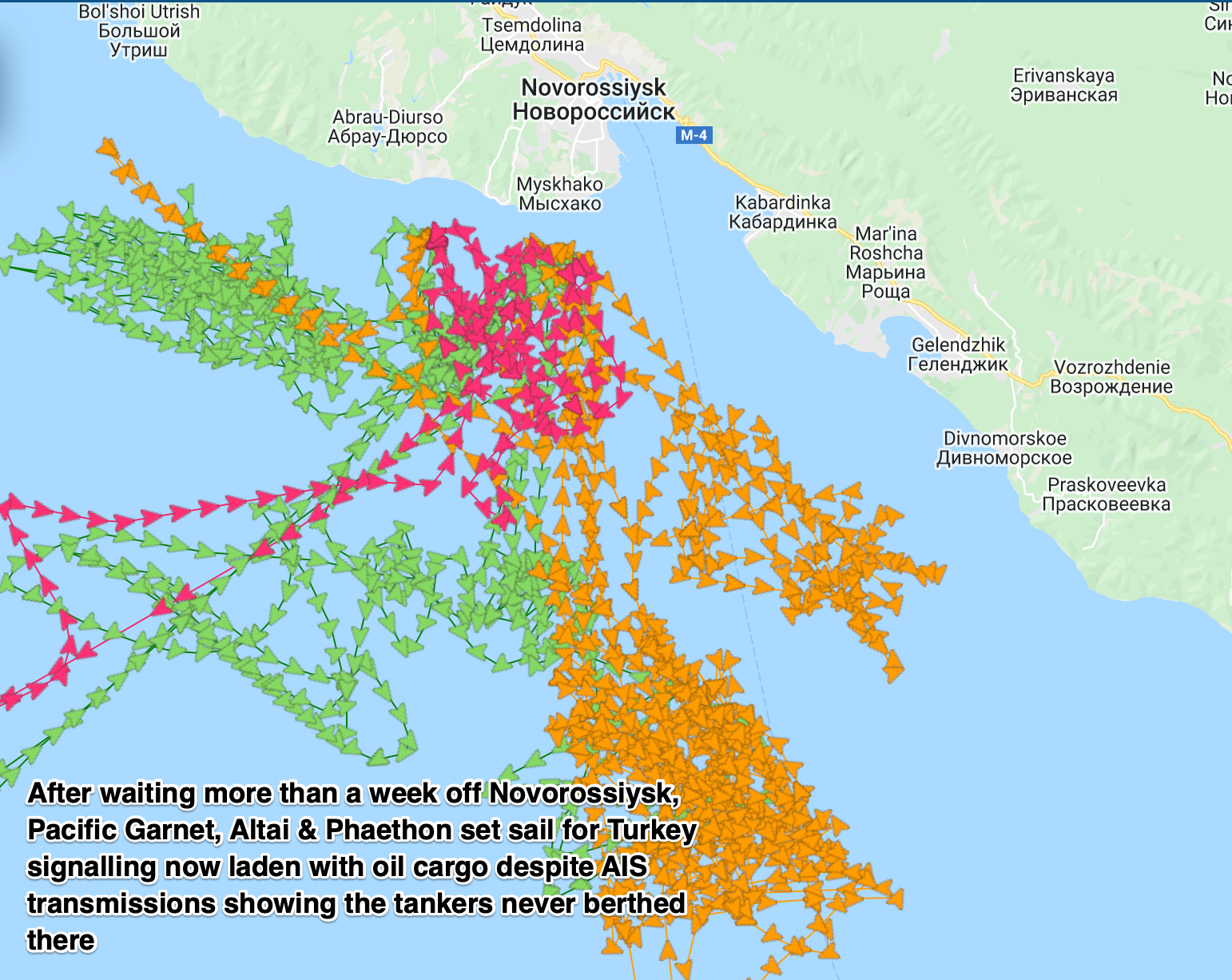 How the cargo was loaded remains unknown from AIS data alone.

Some 800,000 barrels per day has been slashed from Russia’s 4.7m bpd of oil shipments in the past three weeks, according to Paris-based commodities analytics provider, Kpler.

While the US and Canada are the only countries to have banned Russian oil exports, many traders and shipowners are self-sanctioning.

Some 1.5m bpd of Russian crude is forecast to be removed from the market from April, according to the latest estimate from the International Energy Agency.

Twenty-one of the waiting tankers were signalling Novorossiysk as their next destination while three had Tuapse as the port of call. Nine Russia-linked tankers remain unemployed outside port limits off Kavkaz, including seven owned by Sovcomflot.

Russian-owned ships are subject to port call bans in the UK that were yesterday extended to the EU27, further limiting trading opportunities for the 157-ship gas carrier and tanker fleet.

Some 14.5m barrels of crude, 769,000 tonnes of coal and 706,000 cubic metres of liquefied natural gas sailing on 60 vessels arrived at US or European ports including Turkey from Russia for the week ending April 6, according to figures from Global Witness, a non-governmental organisation.

A further 62 ships, including 30 laden with crude and 12 with fuel oil, were destined to arrive at ports in Europe including Malmö, Rotterdam and Algeciras in the next week, according to the Russian Shipping Forecast compiled by Global Witness.

Since the February 24 invasion of Ukraine, some 70m barrels of crude worth $7.7bn had been shipped from Russia, the group estimated, based on information provided by the Russia Tanker Tracking Group.

The group comprises academics, representatives of the Ukraine government and technical experts.

Tankers: Russia to the rescue for ‘putrid’ market