Thirty-five tankers from Sovcomflot fleet, totalling 3.4m dwt, had been entered with North of England P&I 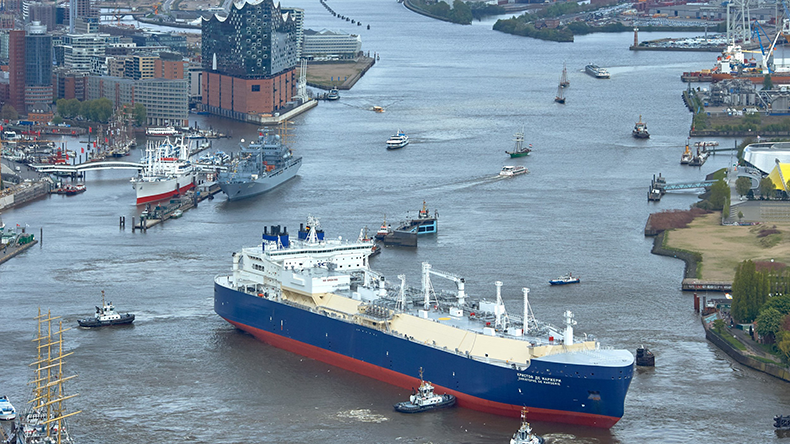 Source: Sofcomflot Sovcomflot has been added to UK’s Russian sanctions list, on top of European Union bans on the tanker owner and operator accessing finance from capital and equity markets.

NORTH of England has become the first P&I Club to remove insurance from Sovcomflot vessels.

About 35 tankers from the Russian government-controlled shipowner are no longer entered with the Newcastle, UK-based insurer.

The removal was noted as Oleg Ustenko, an economic adviser to Ukraine’s president, wrote to the International Group of 13 P&I Clubs asking them terminate cover for 353 vessels that had discharged Russian-origin cargoes of crude, fuel oil and liquefied natural gas that had been loaded since the invasion of Ukraine.

The adviser, in conjunction with non-government organisation Global Witness, is campaigning for oil traders, shipowners, charterers and marine service providers to boycott the shipment of Russian energy commodities cargoes.

North of England, one of the world’s largest providers of protection and indemnity insurance for global shipping, previously had the largest number of Sovcomflot vessels entered by deadweight, with 35 tankers comprising 3.4m dwt, data from Lloyd’s List Intelligence show.

Skuld is the second-biggest provider, with 47 tankers of 3.2m dwt.

The North of England club website no longer lists the Sovcomflot vessels as covered.

Vessels remain entered with Skuld, according to the club’s database.

The UK Club, with 21 vessels and 1.8m dwt, and West of England (11 vessels of 1m dwt) are still listing that they cover the remainder of the Sovcomflot fleet.

Mr Ustenko wrote to IG club chief executive Nick Shaw on March 24 on behalf of Ukraine president Volodymyr Zalenskiy urging marine insurers to “terminate all business dealings with the Russian fossil fuel industry to cut off the flow of cash, which is financing the mass murder of innocent people”.

The letter, a copy of which has been seen by Lloyd’s List, detailed that the 363 vessels insured by the IG group of P&I clubs had discharged nearly 40m barrels of crude, 7.5m barrels of fuel oil, 473,000 tonnes of LNG and 2.8m tonnes of coal.

The vessels were tracked by a coalition of activists named the Russian Tanker Tracking Group.

Sovcomflot has been added to UK’s Russian sanctions list, on top of European Union bans on the tanker owner and operator accessing finance from capital and equity markets.

The fleet of 130-plus ships is already banned from UK ports.

‘No shipping is being allowed out of Ukrainian ports, but several ships are loaded and ready to go as soon as they are allowed,’ says Lloyd’s source

There had been “a small reduction” in shipments of oil from Russian ports this month, the spokesman said but some companies had increased their activity.

Tracking showed that Vitol and Trafigura, the world’s largest oil traders, had shipped the most oil and products in March in many months, he said. Neither company has responded to the letter sent on behalf of the Ukrainian president.

Total and Glencore have issued statements to say they will not enter into any new trading business.

The International Energy Agency forecast that 2.5m barrels per day in crude and product exports from Russian would be slashed from the market in response to sanctions and self-sanctioning from as early as April, in a report issued two weeks ago.