The catastrophic impact of the war in Ukraine on the Russian economy is forecast to kill three years of post-pandemic growth. However, rising inflation and supply chain disruptions should be expected

Global trade recovery will be shaken by the war, depending on the strength of countries’ economic ties with Russia, says the Economist Intelligence Unit 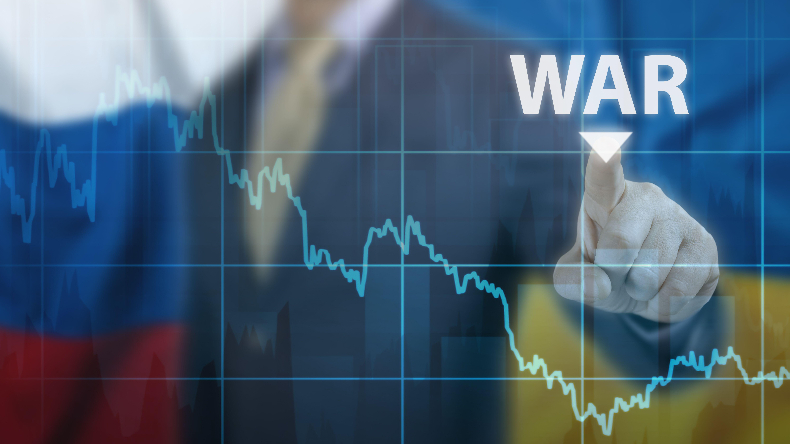 Source: Pavel Muravev / Alamy Stock Photo While the economic shocks from the war in Ukraine will be felt all over the world, the Russian economy is forecast to contract by about 10% this year — worse than after the 1998 financial crisis.

WHILE the war in Ukraine is expected to have a negative impact on the G7 group of nations, it will bring “economic carnage” to Russia and Ukraine, according to an early assessment from the Economist Intelligence Unit (EIU).

Global growth had been forecast at 3.9% in the weeks before the war. The current forecast is 3.4%, with European economies most exposed to the fallout from the conflict.

While European Union measures have not targeted oil and gas imports from Russia, which limits the economic impact of sanctions, the spike in global commodity prices will add to already high inflation and supply-chain disruptions, the EIU said.

Forecasts for 2022 growth in the eurozone has been cut from 4% to 3.3%, with Germany, France, and Italy all likely to suffer a 1 percentage point hit from the war. Trade ties between the UK and Russia are more limited, so the economic impact is expected to be minimal.

The hike in prices of hydrocarbons, metals and grains will be felt in the North American economies.

Higher inflation will dent the purchasing power of households and prompt the US Federal Reserve to tighten monetary policy aggressively. The analysts forecast seven rate hikes this year (of 25 basis points each), with another three or four increases on the cards for 2023.

More aggressive tightening will depress demand and confidence, with the risks of ‘stagflation’ — slow growth amid high inflation — on the rise. US real GDP growth is expected to slip to 3% this year from a pre-war forecast of 3.4%.

Canada’s growth is unchanged at 3.8% because the negative impact of higher inflation will be broadly compensated by the positive effect of higher global oil prices.

The EIU analysts see only minimal revisions to the 2022 real GDP growth forecast for Japan, which now stands at 2.8%. Slow recovery from the pandemic has more to do with uneven wage growth than the war.

The catastrophic impact will be on the Russian economy, which is forecast to contract by about 10% this year — even worse than after the 1998 financial crisis.

The rouble has plunged against other currencies and soaring inflation has weighed heavily on households’ purchasing power. Investment will sink amid huge capital outflows and plunging confidence.

While Russia will seek China’s support, this will only partly compensate for the departure of Western firms. It will take three years for Russia’s GDP to recover to pre-war levels.

However, the EIU notes, this pales in comparison with the Ukrainian economy, which is forecast to register a 46.5% recession this year, amid human casualties, the destruction of infrastructure and bleak prospects for the reconstruction of the country.

The report adds that, while the forecasts are subject to caution, “we do not believe that Ukraine’s GDP will recover to pre-war levels for more than a decade (in the late 2030s).”