Lloyd’s underwriter was leading war risk reinsurer on Banglar Samriddhi, the Bangladesh Shipping vessel hit by a missile near Mykolayiv at the start of this month, taking the life of a seafarer 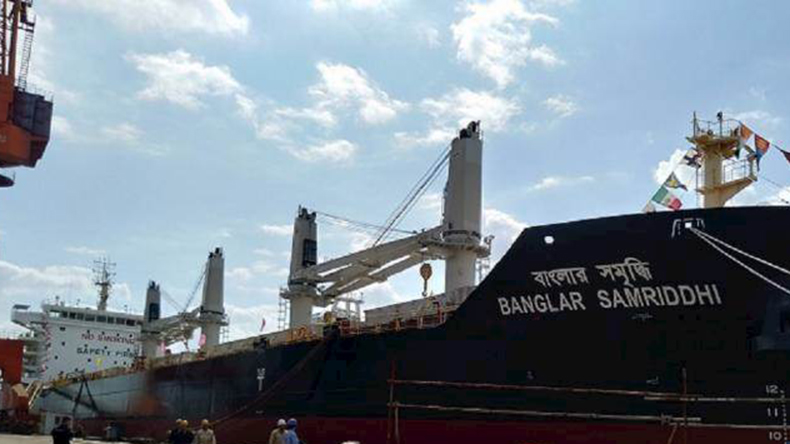 Source: Seasearcher An engineer was killed when Banglar Samriddhi attacked near Mykolayiv.

LONDON-based Beazley was the leading war risk reinsurer on a ship that was hit by a missile off Ukraine, according to market sources.

One seafarer was killed when the Bangladesh Shipping Corporation Banglar Samriddhi (IMO: 9793832) hit by a missile near Mykolayiv earlier this month.

The victim, named as third engineer Hadisur Rahman, was the first merchant seafarer to die as a result of the Russian invasion of Ukraine.

BSC is seeking a $22.4m payout for the incident, according to Reuters, citing unidentified government officials with knowledge of the situation.

The war risk cover was provided by Dhaka-based Sadharan Bima, which took a 10% risk, with the remainder reinsured into the London market through broker Tysers.

“I am afraid that we are unable to comment on this claim,” a representative for Beazley said.

Ukrainian ports remain closed to shipping, although some vessels are still calling at Russian ports within the listed areas designated by the Joint War Committee.

Underwriters say war risk rates remain broadly where they have been since the fighting started, at 1% to 5% of hull value in the commercial market and slightly lower for cover written by specialist war risk mutuals.

This is broadly where the market would be expected to be in a shooting war, and the level is similar to that seen in the Iran/Iraq war of the 1980s.

However, there have been reports that some underwriters are reluctant to touch ships trading with Russia at all, probably because of parent company fear of sanctions.

One vessel is said to have been insured at 10%, which market sources say mark a record high, with some expressing fears of price gouging.