Australia-sourced commodities send to Russia have been climbing in recent years, with at least 50 bulkers, mostly handysize and supramax, trading the route last year data shows 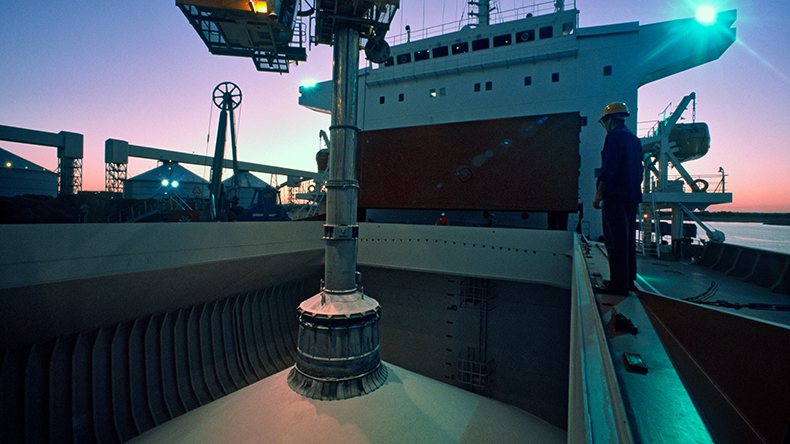 Source: Jon Love / Alamy Stock Photo Although shipments to Russia have been increasing, overall exports of bauxite, alumina and aluminium from Australia have been on the decline.

BULKER segments other than capesizes strengthened amid a further disruption in trade and an increase in congestion.

The redrawing of trade routes comes amid news that Australia has banned the export of alumina and aluminium ores including bauxite to Russia as a response to Russia’s invasion of Ukraine.

Australian Prime Minister Scott Morrison said Russia was dependent on his country for close to 20% of its alumina needs.

Australia has been increasing exports to Russia, with about 50 shipments, mostly on handysize and supramax bulk carriers last year, up from 42 in 2020 and 35 in 2019, according to Lloyd’s List Intelligence data.

In the first two months of this year, eight bulkers left Australian ports bound for Russia.

Although shipments to Russia have been increasing, overall exports of bauxite, alumina and aluminium from Australia have been on the decline, dropping to 35.8m tonnes, 18.6m tonnes and 1.4m tonnes, respectively, in 2020-21 from the previous year, according to the latest resources and energy quarterly report to the end of December last year.

Alternative buyers for Australia’s bulk commodities will need to be sought.

Spot rates have continued to strengthen following the conflict as tonne-miles are expected to rise for the most part, with the smallest-sized bulk carriers leading the pack, based on gains in the Atlantic market.

Handysizes rose 8.6% on March 22 to close at $30,878 per day on the Baltic Exchange compared with a week earlier. That is an increase of 24% since the start of the Russian invasion of Ukraine on February 24.

Meanwhile, capesizes have declined further, falling 23% to $18,041 per day from a week ago. That is nevertheless still higher than at the February 24 invasion date.

Increasing congestion is also adding to the general rates strength, according to Signal Ocean, a Greece-based analytics platform, although the level is below record highs seen in the final quarter of last year.

In recent days, congestion has been seen in the handysize and panamax segments, while in the previous week, the supramax segment was most caught up in logjams, it said.

Demand evolution is also growing mostly in the sub-capesize segments, it said in a recent research note, outpacing that of the capesize segment in the aftermath of war tensions.

“Looking at the current trend, it seems likely that the demand for the panamax vessel size will exceed the growth of the handysize as European coal buyers are seeking to replenish their shortages.”

A two-tier market was also emerging and likely to continue for some time — those that avoid Russia and “Russia-friendly callers”, according to Banchero Costa, the latter of which would command premiums.