Highest combined profit level in over a decade achieved in spite of global industry disruption, says a Sea-Intelligence study 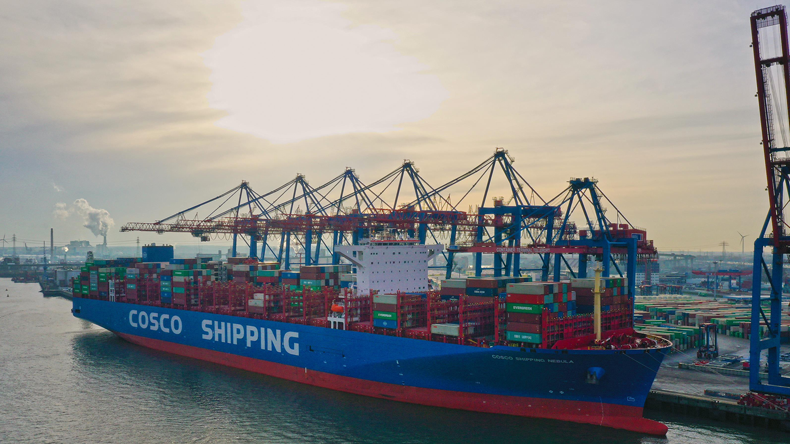 Cosco overtook Maersk in fiscal 2021 as the largest carrier in revenue terms after the former acquired OOCL.

COMBINED earnings before taxes and interest of $110bn was amassed last year by 15 of the world’s largest carriers, data show.

It is the highest combined figure for over a decade and has been achieved in spite of the ongoing global disruption in the industry.

Sea-Intelligence said in its latest research that the industry had tripled operating profit in fiscal 2021 compared with the past decade, reflecting an unprecedented level of profitability.

This achievement excludes inputs from privately-held MSC and from Pacific International Lines, which sporadically publishes its financial results.

While there are so far no firm financial indications for 2022, the first quarter of this year appears unlikely to be any different compared to last year’s robust performance, the analyst said.

It said last year’s operating profits excluded those made by OOCL and HMM which have yet to publish their annual financial statements, as well as that of MSC.

The spike in operating profit was achieved despite carriers’ modest year-on-year volume growth, but after shipping lines received a hefty boost from the unprecedented level of freight rate increases.

The first three months this year are as robust as in 2021, with “levels of capacity continuing to be poured into major trades, and the still elevated freight rate levels.”

It said that while there might be a case to argue that earnings before interest, taxes, depreciation and amortisation were a better yardstick of operational performance in an asset-heavy industry, comparability of industry players posed a great challenge.

This is especially so since only a few carriers, notably CMA CGM, OOCL and Hapag Lloyd, report ebitda.

Sea-Intelligence cited other challenges and difficulties in comparing the individual performance of different shipping lines.

One of the major challenges is the series of consolidations and restructurings that certain industry players have gone through.

Another is the fact that not all shipping lines report the same level of detail, even on standard measures, such as volumes and liftings.

For instance, Evergreen, Wan Hai and Yang Ming do not provide volume figures for research companies to analyse. Meanwhile, other shipping lines, notably Maersk, CMA CGM, ZIM and HMM, do provide global volumes, but only for certain years.

Sea-Intelligence said Cosco overtook Maersk in fiscal 2021 and became the largest carrier in revenue terms with revenue of $52.52bn last year. Cosco achieved this feat after acquiring OOCL in 2018.

After Cosco were Maersk, which posted revenues of $48.23bn, and CMA CGM, with revenues of $45.29bn. While MSC is the largest shipping line in operated capacity terms, it does not publish its financials.