Flags providing services to Russian controlled vessels are now in the spotlight after class withdrawals from Russian shipping prompted widespread reviews of potentially damaging exposure to Russian entities. RINA and Bureau Veritas continue to monitor developments rather than remove services 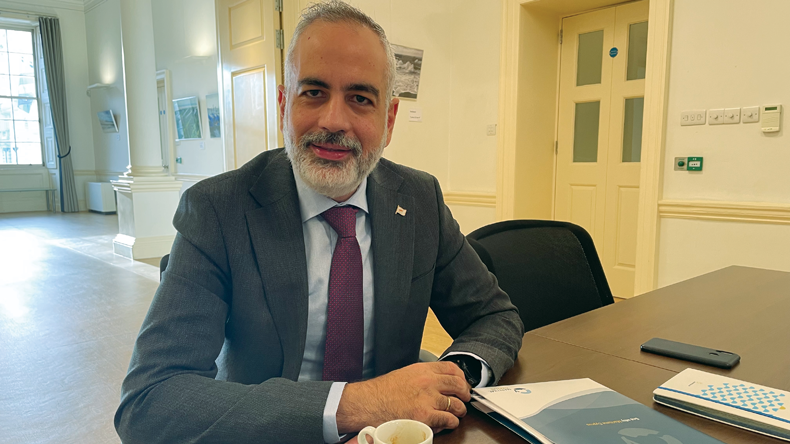 Demetriades: “We are ready to inform all the ships and companies affected, but we are waiting to see whether there will be any EC guidelines.”

THE shipping industry’s rapid exit from Russian-linked business continued apace on Monday as classification societies and shipping registries confirmed they were withdrawing services from Russian clients.

The Cyprus flag registry is reviewing and will likely remove all Russian-classed ships in the next 48 hours, shipping deputy minister to the president Vassilios Demetriades told Lloyd’s List.

The registry has been closely following developments over the weekend, which saw International Association of Classification Societies expel the Russian Maritime Register of Shipping, and sought urgent clarification with the European Commission, Mr Demetriades said.

“We have approached the [European Commission] with a set of questions that include ‘what are the next steps to be taken’, and based on the clarifications we receive, we will act accordingly,” he said. “We want to do something as soon as possible … we are just checking whether the EC are issuing any guidelines so we can have a harmonised approach.

“We are ready to inform all the ships and companies affected (in the Cyprus registry), but we are waiting to see whether there will be any EC guidelines.”

Class society ABS is also removing Russian-linked ships, the company said in a statement on Monday.

“After careful consideration of the situation in the Ukraine and the Black Sea as well as the applicable sanctions, ABS has taken the decision to withdraw all Class services involving Russian vessels, assets and companies,” according to the statement..

“The decision follows the tragic events developing in Ukraine and a thorough evaluation of the evolving regulatory and sanctions environment and its applicability to ABS operations.”

Lloyd’s Register announced a similar move last week, with a cascading series of removals now likely across other European and American countries providing marine services such as registry, insurance and class.

DNV last week said that it was “reviewing all ongoing contracts and operations with Russian entities and winding down all related business”.

“With respect to classification and other inspection services we are constantly monitoring the Ukraine conflict to ensure our operations are in compliance with international trade sanctions,” a BV spokesman told Lloyd’s List.

Italian classification society RINA, which is the largest non-Russian provider of classification services to Russian controlled vessels is also still mulling its position.

"RINA has a task force constantly monitoring the situation, ensuring activities fully comply with the regulations applicable in respect of international trade sanctions in force. In the light of the continuing evolution of the sanctions, the company does not rule out winding down the business related to classification services of involved Russian tonnage,” RINA told Lloyd's List in a statement.

The Cyprus flag is currently only considering removing vessels classed by the Russian Maritime Register of Shipping, rather than wider fleet of Russian owned or controlled vessels.

There are 463 internationally trading Russian-affiliated ships, totalling 27.2m dwt, according to data analysed by Lloyd’s List from Lloyd’s List Intelligence.

Cyprus and Malta are the two largest among the 27 member-EU registries that flag Russian-linked ships. Cyprus flags 28 ships totalling 1.9m dwt and Malta has 31 of 1.6m dwt. Italy’s registry has two and Portugal one, data show.

Of the 463 ships, some 141 are classed by the Russian register and 161 are flagged in Russia. Five of the 28 Cyprus-flagged vessels are flagged with the Russian class registry.

The IACS expulsion follows the EU’s move in the past week to add the Russia Maritime Register of Shipping to the list of state-owned enterprises subject to financial and banking restrictions.

The reputational risk of doing business with Russia is also seeing widespread self-sanctioning throughout the maritime sector, as service providers seek to withdraw from trade and business with affiliated companies.

If Cyprus does remove Russian-linked vessels the move will likely spur action from other major flag registries continuing to offer services to Russian controlled vessels.

Liberia’s flag registry, which has the most Russian-affiliated vessels outside the Russian register, said in the past week that it is not planning to remove any of these ships.

“Liberia is a sovereign nation that closely follows and applies international sanctions guidelines as long as they are not in direct contravention with its national laws,” said chief operating officer Alfonso Castillero. “The registry conducts rigorous due diligence regarding sanctions compliance and assesses non-sanctioned entities on a case-by-case basis.

“It is important to recognise that since their inception, open registries have largely existed as neutral bodies committed to the enforcement of their own national laws and ratified international conventions.”