Ships have been hit, seafarers have been killed and injured and crews of all nationalities are trapped as a result of the war in Ukraine. The impact of Russia’s invasion is likely to spark a crewing crisis with a lasting impact on global supply chains. International Chamber of Shipping secretary General Guy Platten joins the podcast this week to analyse the latest developments 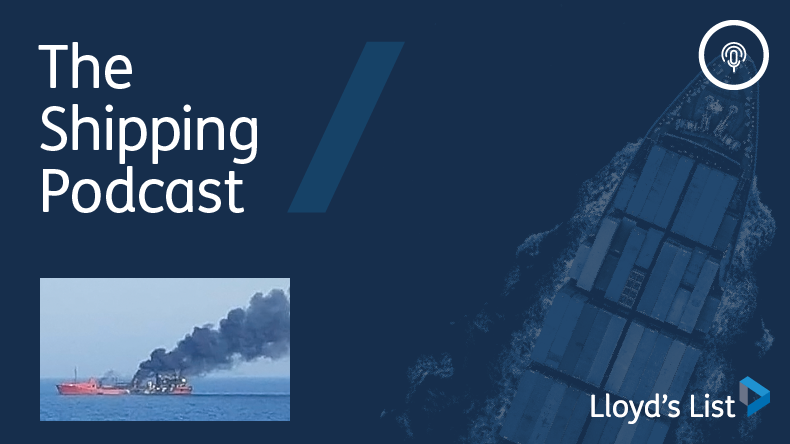 Shipping is preparing for the long-term consequences of Russian isolation.
Lloyd's List · The Lloyd’s List Podcast: Shipping under fire in Ukraine

THE initial nervous trickle of businesses backing away from Russia turned into a torrent this week.

Those that were not hit directly by sanctions were left to self-sanction either on moral grounds or simply out of fear of political and reputational risk.

Those left lifting Russian cargoes at hugely inflated rates are doing so quietly and in the knowledge that they risk a toxic fallout if accountability comes knocking, either from the regulators or the court of public opinion.

The fact that class societies are now extricating themselves from the complex web of Russian beneficial ownership suggests that shipping should prepare for the long-term consequences of Russian isolation.

If the Russian Register is then expelled from IACS, the umbrella body of class societies, it will further limit Russian-controlled shipping from being able to maintain insurance cover and reduce its licence to trade.

It will also likely hasten those wavering with a wait and see policy to the door marked Exit.

But not everyone in shipping can extract themselves from the risk quite so easily.

With some vessels now being charged additional double-digit premiums on hull value for war risk cover to call at Russian ports, the market is crystal clear in terms of how it views the risk presented by Russia’s invasion of Ukraine.

But what about the seafarers caught up in this war?

The conflict in Ukraine is having a significant impact upon the safety and security of seafarers and shipping in the area.

So for this week’s edition of the podcast, we’re taking a look at the impact the war is having on crew.

As with coronavirus, seafarers are being exposed to issues not of their making.

Several ships have already been hit by rockets, seafarers have been killed and injured and crew of all nationalities are trapped on ships berthed in ports.

As industry bodies collectively argued during an extraordinary meeting of the International Maritime Organization this week, it is of the utmost urgency that their evacuation from these areas of threat should be ensured by those states with the power to do so.

The impact upon innocent seafarers and their families cannot be underestimated in the short term, but longer term there are serious consequences to consider.

Russian seafarers account for 10.5% of the total crewing workforce and Ukrainians total just over 4%.

We know that the current situation has already prevented many crew from working and the current supply chain disruption is set to be compounded by a shortfall in the global shipping workforce due to the Russian invasion of Ukraine.

This could yet be the event the sparks a wider crewing crisis.

So, to look into these issues in a little more depth Lloyd’s List editor and regular Podcast host Richard Meade drafted in podcast regular, the secretary-general of the International Chamber of Shipping, Guy Platten, to give us an update on the latest situation and how he sees the impact of Russia’s invasion playing out across the global supply chain.

If you want to get in touch with feedback or suggestions for the podcast contact Richard.meade@informa.com or head to twitter where you’ll find him on @Lloydslited