Moldova-flagged chemical tanker Millennial Spirit and Panama-flagged bulk carrier Namura Queen have been struck by missiles. The future shape of maritime activity will hinge on whether Kyiv holds out against Russian attacks 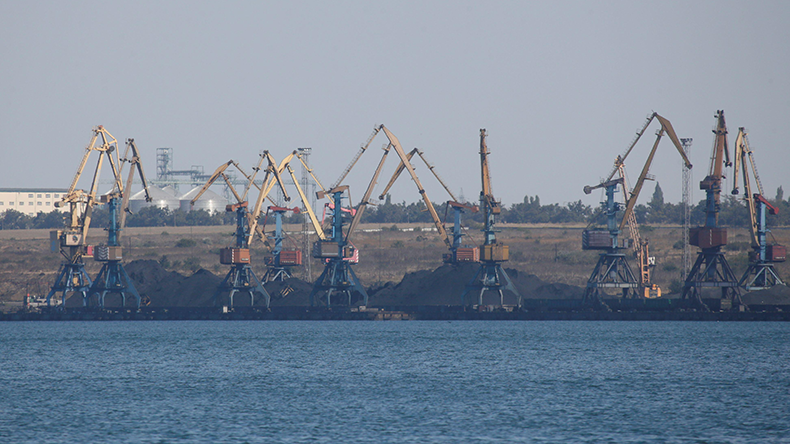 Source: REUTERS / Valentyn Ogirenko A general view shows the Pivdenny (Yuzhny) sea port outside Odessa, Ukraine. The vessel Namura Queen was reportedly hit by a missile in the vicinity.

TWO more ships have sustained missile strikes as Ukraine fights to defend the ports of Odessa and Mariupol from Russian forces.

The Panama-flagged, 2020-built, 85,065 dwt bulk carrier Namura Queen (IMO: 9841299) was hit by a missile at the Ukrainian port of Pivdenny (Yuzhny), east of Odessa. A man on board was injured, according to Lloyd’s List Intelligence.

Japan’s Nissen Kaiun Co, which owns the vessel, could not be reached for comment.

A spokesman for Moldova’s Naval Agency told Lloyd’s List two crew were seriously injured. He did not know who was behind the missile strike, nor the condition of the ship, but said Ukrainian authorities were trying to save it.

LLI, citing a shipping agent, said the ship was hit by a missile of unknown origin in neutural Black Sea waters. It said a fire broke out and rescue equipment was damaged, leaving the Russian crew with only life jackets. Nearby ships were helping rescue the crew, it said.

LLI lists the technical operator as Real Management Services, based in Kherson, Ukraine.

Meanwhile, fighting continues at the Ukrainian ports of Odessa and Mariupol.

“Mariupol is being contested as we speak; the fighting is still ongoing,” he said, adding the port was “quite well-guarded”.

Mr Alexa was aware of, but could not confirm, claims Russian troops were on the streets of Odessa.

He said he saw some movement of Russian-flagged vessels into the Kerch port, but not the Kerch Strait, adding that business at Russian ports seemed to be continuing.

“The safety of marine personnel, including seafarers, is vital. Shipping is essential to global trade, as has been proven during the course of the Covid-19 pandemic,” he said. “I urge all parties to take steps to ensure the protection of seafarers, vessels and cargo. The International Maritime Organization will continue to evaluate the developing security situation.”

The Turkish-owned, Marshall Islands-flagged bulk carrier Yasa Jupiter (IMO: 9848132) was hit by a bomb on February 23. It has been confirmed that there were no casualities.

“Right now, our priority is the safety of our people in the region and we have sent employees home in some locations,” said Cargill, the ship’s charterer. “This is a rapidly evolving situation with a great deal of uncertainty. We are currently gathering information and assessing potential impacts to Cargill and our customers. We did have contingency plans in place and will activate them as appropriate.”

The Marshall Islands registry said reports of ships targeted about 21 nm south of Mariupol had not been verified.

Mr Alexa said footage and on-the-ground reporting confirmed the SGV-Flot had been struck, but not who by.

Svein Ringbakken, chief executive of the Norwegian Shipowners’ War Risks Insurance Association, said damage to maritime assets from the war appeared to be limited so far, and there was nothing to suggest they were being targeted.

Mr Ringbakken said there was no damage reported to ships that DNK insured. But flag states had increased the ISPS security threat level to three. “Don’t go there, or if you are there, depart,” he said.

The Nato Shipping Centre warned of the possibility of significant GPS interference, automatic identification system spoofing or other communications jamming.