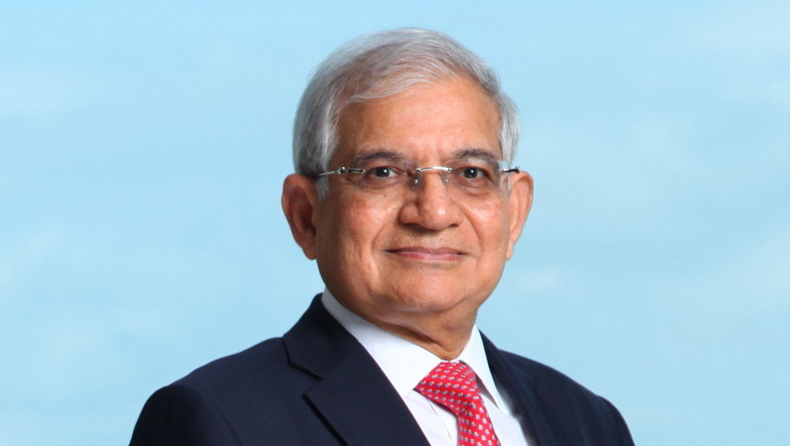 Source: Fleet Management Rajvanshy: The goalpost is changing so frequently and so drastically that you have to constantly keep on amending your procedures.

THE new variant of coronavirus has presented fresh crew-change challenges that can only be solved by better seafarer vaccination programmes, according to Fleet Management managing director Kishore Rajvanshy.

The highly transmissible Omicron strain has made the already fluid operational and regulatory environment even more unpredictable, he told Lloyd’s List.

“The goalposts are changing so frequently and so drastically that you have to constantly keep on amending your procedures,” he said.

One example is the increased risks of sign-on crew getting infected on their way to their ships. Several transits are now required for them to arrive at the destination port with direct flights decimated by the pandemic-induced travel restrictions worldwide.

Despite testing negative before departure, a few of them will still contract the virus upon arrival. Should that occur, the entire team must be isolated before their results turn negative and they are allowed to embark.

The key to a potential new crew-change crisis lies in whether governments will close borders and impose tighter travel curbs on cross-border workers, says the ITF

Meanwhile, the vessel will be waiting at the port unless the owner decides otherwise with the consent of the existing crew on board to continue sailing and be relieved a week or 10 days later, when their replacement is ready.

Such an incident previously emerged every five to six trips for the incoming crew, said Mr Rajvanshy.

“But now because the Omicron variant is so infectious, the frequency of this happening has become far more than what it used to be.”

Meanwhile, with the new variant, governments have also tightened up the control over entry of seafarers. In China, for example, rotation of foreign crew has been largely banned for nearly two years since the onset the pandemic.

The restrictions have become stricter during the past few months as part of the precautionary measures amid the sporadic outbreak in different Chinese cities and the need to ensure a successful Winter Olympics, being held next month in Beijing.

Several provinces in China have imposed extra restrictive rules to curb the import of omicron cases, according to Mr Rajvanshy.

“So even for Chinese crew to join the ship, sometimes they have to do quarantine when they are traveling from one province to another,” he said, adding there are hopes that the ban on foreign crew change might relax after the Olympic Games.

Nevertheless, the long term and, perhaps, the best cure for the global crewing crisis still rests on vaccination, he said.

Vaccination rates have seen a steady increase during the past six months.

Nearly 60% of the seafarers were inoculated as of mid-December according to the latest Neptune Declaration Crew Change Indicator, which tracks data from 10 leading shipmanagers covering 90,000 seafarers.

That is not enough, though. “A 100% vaccination is what we should aim for,” said Mr Rajvanshy.

Some seafarers remain hesitant about being inoculated while the vaccines are short supplied, or not recognised in certain geographies. And access to the booster jab is already said to have become a new challenge

According to Fleet Management, about 84% of the company’s crew are fully vaccinated on board 600 ships under its management, of which 206 are operating with fully vaccinated crew, whereas just 12 are run by those who have received the booster shot.

While efforts are being made to ramp up the proportion, one big challenge in getting the third jab is the long waiting period stipulated after taking the second, said Mr Rajvanshy.

The interval in India, the largest source of seafarers at Fleet Management, is nine months — longer than the six months normally seen elsewhere.

“So, we have to wait until then to get our seafarers the booster,” he said.

On these shifting sands, the only solid ground that can be offered in the pandemic-era is almost too simple for criticism: namely resilience.

“You have to be ahead of the curve at all times; you have to put in place new procedures constantly to comply with all applicable rules and regulations,” Mr Rajvanshy said. “The ability to keep adapting to a situation that is continuously changing — this is a new kind of resilience we have built within us now.”