Container dwell times in Asia are at all-time lows, while reaching record levels in Europe and the US

Boxes are leaving China and other Asian export hubs faster than they can be returned. Port congestion is driving the imbalance and keeping rates high 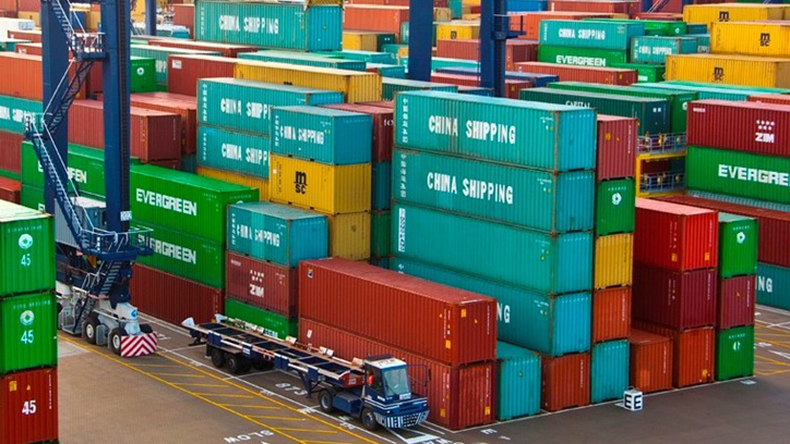 Containers at Felixstowe: Ports in the UK had the longest average dwell time in 2021.

CONTAINER equipment is moving outbound from origination ports in Asia at record speeds, but congestion at destination ports is slowing their return voyages, leading to continued shortages.

“Once containers reach Asia, they are being redeployed at record speeds,” said Container xChange chief executive Johannes Schlingmeier. “However, the mismatch between supply and demand at many origin ports, including in China, means it is hard for US and European importers to always secure boxes unless they have planned ahead, or are working closely with their box supplier, forwarder or container line, to ensure they have both a vessel slot and a container available in advance.”

A study by Container xChange and Fraunhofer CML found that the average time containers spent in Chinese depots was five days in 2021, compared with 16 in 2020.

Other major exporting nations, including Vietnam, Singapore, Thailand and Indonesia, recorded average times that containers spent in depots of nine, 11, 16 and 19 days, respectively.

But at the other end of the voyage, dwell times had increased significantly during 2021.

The worst-performing countries in terms of the time containers spent in depots in 2021 were the US and the UK, which suffered average dwell times of 50 and 51 days, respectively. In Germany, by contrast, the dwell time was 25 days.

In the US, performance varied widely by port. Although average dwell times fell from 66 days in 2020 to 50 last year, New York recorded 61 days of container idle time at depots followed by Houston (59 days) and Savannah (56 days).

The ports of Los Angeles and Long Beach on average recorded 40 to 42 days of container idle time.

“Container shipping rates have bounced back after a slight downturn in the fourth quarter with the Shanghai Containerised Freight Index breaking through the 5,000 mark at the end of December,” said Dr Schlingmeier. “Port congestion is a major factor. Until that congestion is cleared, we’ll continue to have major imbalances in the supply and demand of both vessel capacity and containers.

“As the Omicron variant brings more disruption, with Chinese New Year around the corner and some ports including Ningbo already facing lockdowns, we are expecting a volatile start to the year for ocean freight logistics.”