The period from 2012 to 2021 saw real progress towards safer shipping, says a major analysis from Lloyd’s List Intelligence and DNV. Decarbonisation and digitalisation bring future risks that must be understood


The fall in the number of vessel losses has come as the global fleet has grown steadily. But behind the headline figures, there are concerns about machinery damage, cyber security, and alternative fuels 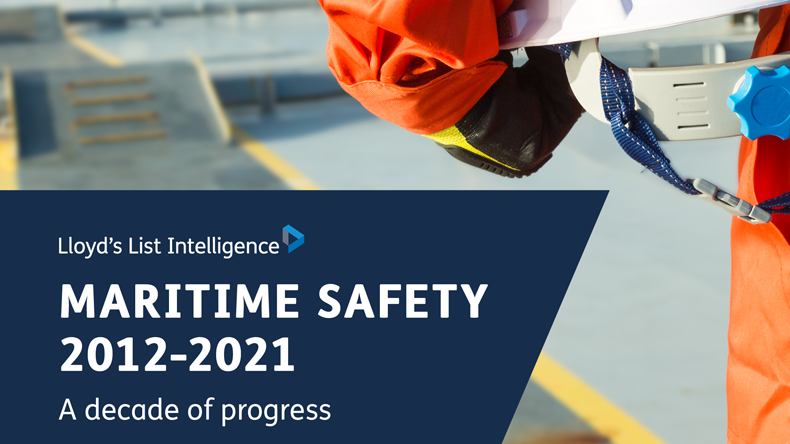 The report recommends a shift to real-time risk management and a renewed focus on human and organisational factors.

SHIPPING’s safety record has improved significantly over the past decade, with vessel losses down by 56% between 2012 and 2020, according to a major new study by Lloyd’s List Intelligence and class society DNV.

This is the result of increased digitalisation, modern class rules, and tighter regulatory supervision, among other measures.

But the transformation of maritime has introduced new systemic and cyber-security risks that need to be assessed and understood before they can be resolved. 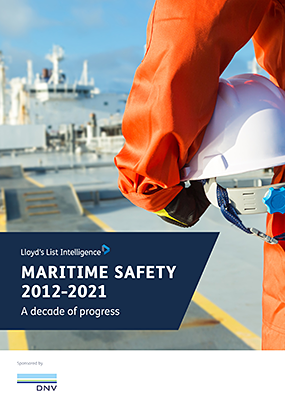 The new report, Maritime Safety 2012-2021: A decade of progress, looked back to identify 2014 as the year with most casualties related to the size of the global fleet, although the greatest number of casualties occurred in 2017. Casualty numbers have been falling in both categories since then.

Further analysis showed that vessels over 25 years old represented about one third of all casualties between 2012 and 2021. However, the proportion of veteran ships in the overall total has decreased.

Perhaps surprisingly, there has been an increase in the number of incidents involving vessels between 10 and 14 years of age, which is almost entirely due to hull and machinery damage.

The report reveals a predominance of casualty records in the Europe-North Africa region, which accounted for almost half the losses and ship detentions. It is likely that some incidents in other regions have been missed.

“Transparency on casualty data globally will raise levels of safety in all regions,” the report’s authors state.

Looking ahead, a major cause of concern is the potential safety risk — such as fire and explosion hazards — from alternative fuel technologies required for decarbonisation to meet IMO requirements to halve emissions from the global fleet by 2050.

Writing in his foreword to the report, Knut Ørbeck-Nilssen, head of DNV Maritime, stressed that “the ambition must always remain to avoid incidents at sea through a culture of continuous improvement, even as the tectonic shifts of digitalisation and decarbonisation pose new safety challenges for the industry.”

He added: “A human-centric approach to design and operation is essential when developing new technologies, automated processes, and systems to ensure they are focused on the end user, so that their potential can be realised in a safe and sustainable manner for the transformation of shipping.”

Shipping’s transformation to a greener, more data-driven industry will not be without its risks, the report concludes. It recommends a shift to real-time risk management and a renewed focus on human and organisational factors to tackle emerging safety hazards.

The Lloyd’s List Podcast: How to comply with decarbonisation rules even before they have been set