As the International Maritime Organization opens the latest round of talks to tackle shipping’s contribution to climate change, UK shipping minister Robert Courts and UK Chamber of Shipping chief executive Sarah Treseder argue that more must be done by both industry and government to cut emissions further and faster 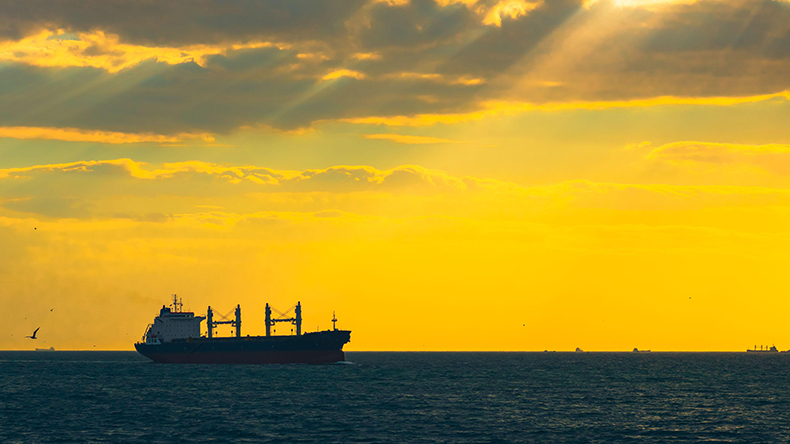 Source: Sener Dagasan / Alamy Stock Photo International shipping’s carbon intensity was between 20-30% better in 2018 than in 2008.

FOR much of November the world’s attention has been on Glasgow and the COP26 climate change conference.

The event brought together NGOs, businesses, international organisations, negotiators, prime ministers and presidents to agree on how the world will scale up its efforts to tackle climate change.

We saw positive steps on reducing coal, tackling deforestation and curbing the amount of methane released into the atmosphere.

We also saw an unprecedented focus on maritime at COP26.

We had the launch of the Clydebank Declaration for Green Shipping Corridors, for example — a ground-breaking global initiative to provide a framework for governments to establish zero-emission shipping routes between ports.

But we know we need to do more.

The Declaration on Zero Emission Shipping by 2050, signed on November 1 by the UK and 13 other states, and the Getting to Zero Coalition’s Call to Action, signed by the UK Chamber and 200 other industry leaders, both demand that the maritime sector steps up its ambition.

The Marine Environment Protection Committee meeting at the International Maritime Organization this week is an important next step in delivering the changes we need.

Following COP26, there is huge momentum to push for real game-changing targets and policy measures to implement them.

The UK government and the UK Chamber of Shipping have been clear that international shipping must align itself to the Paris Agreement and decarbonise by 2050.

We call upon the IMO to help deliver this.

But we must also realise that the IMO is the collective will of its 174 member states.

It is imperative we see some real action. The UK delegation is committed to working and engaging tirelessly with our global partners towards achieving the best outcome.

The sector has a good story to tell, and we should not forget that. Between 2008 and 2018 there was a 40% increase in trade moved by ships, but carbon intensity was between 20%-30% better in 2018 than in 2008. But we know pressure is growing to cut emissions further and faster.

The world has been kept supplied by ships during the pandemic, and seafarers — keyworkers that have faced tremendous challenges these past 20 months — have been the backbone of world trade.

But for all these positive things, the shipping sector knows that without determined, long-term action agreed at the IMO, the world will still rightly be able to point to us and say, ‘you must do more’.

This week is the time for states and industry to stand up, to use this positive momentum to create lasting change for the good of the maritime sector and the global community.

Decarbonisation: The new language of shipping