Chinese providers are expected to continue to turn off their terrestrial AIS stream to foreign users as a precautionary measure, until they receive better clarification on the new information law from Beijing 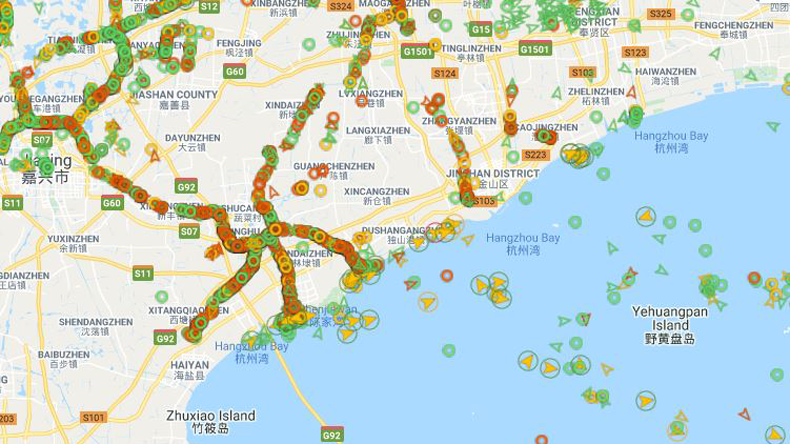 CONCERNS are mounting that the interpretation of a newly enforced privacy law in China could lead to long-lasting obstacles to tracking vessel traffic in the country’s waters.

The Personal Information Protection Law, which took effect on November 1, is part of China’s legislative efforts to control how and whether its sovereign data can be accessed by domestic and foreign organisations.

But the lack of granular guidance for specific industries, including shipping, has made local providers of Automatic Identification System terrestrial data hesitate to continue feeding foreign companies citing fears that the practice could inadvertently breach the new rules.

AIS uses transceivers on ships to provide information including identification, position, course and speed. It is widely used by entities, ranging from shipping firms to ports and banks, to ensure navigational safety, monitor movement and even analyse trade flows, among other purposes.

“My understanding is that the Chinese providers turned off their AIS stream as a precautionary approach to this information protection law until they get better clarification from the government,” said Lloyd’s List Intelligence head of maritime analytics Jean-Charles Gordon.

The UK-based vessel tracking data and intelligence provider, part of the same business as Lloyd’s List, reported a 12% decrease in total AIS positions captured in the Chinese exclusive economic zone, which generally extends 200 nautical miles from shore, in the week starting from the beginning of November.

“Global data providers are quite worried because this is out of anyone’s control. There’s nothing much that we can do until the Chinese government tell the world that AIS data is fine. And data providers in China will likely also be erring on the side of caution,” said Mr Gordon.

“Governments tend to move quite slowly when it comes to data privacy laws, so we may be facing this issue for quite some time,” he added.

Industry sources from China echoed the view, suggesting the lack of a filing system for AIS data transactions could be one of the pitfalls.

“With the new law, we are not sure how and to which government department we should submit and report dealings with foreign firms to gain approvals. Whether it would be the transport ministry or the local governments? We are still trying to find out.” said one person.

A recent espionage case reported by state-run Xinhua News Agency in relation to the shipping sector has added to the concerns, he added.

An unnamed “foreign consultancy” was said to have been caught by state security department in May to provide its compatriot “spy agency” with shipping and cargo data obtained from its Chinese business partners.

The continued outage of Chinese terrestrial AIS data could cause headaches and dangers for foreign companies trying to monitor their fleet or the underlying trade flows in Chinese waters.

While AIS information can also be captured and collated using satellites, terrestrial networks and antennas in fixed locations can receive and transmit a lot more data, said Mr Gordon.

“So, we are only getting a few data points per hour from satellites versus terrestrial which collects data every few seconds.”

China is still capturing all the AIS signals albeit not sharing them.

Anything within the maritime boundaries of China, it’s absolutely fine. The Chinese coastguard and the maritime safety administration will be able to assist vessels in distress, attend and support any casualties,” said Mr Gordon.