Fast-ship service waiting in the wings amid e-commerce boom

Toll managing director Thomas Knudsen said the company would be interested to engage if the fast-ship products were brought to market. The new solution is seen as capable of providing a cheaper and less carbon-intensive alternative to airfreight 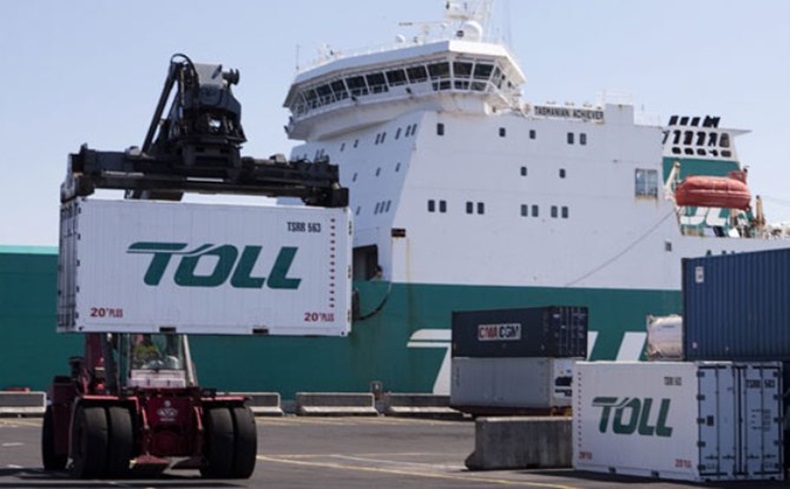 Acquired by Japan Post in 2015, Toll is keen to grow its Asian market in future.

Market players are weighing this as a way to serve shortsea routes in Asia, where online shopping has become particularly prevalent, according to Toll managing director Thomas Knudsen.

Toll, an Australian freight forwarder and logistics company keen to further grow the market on the upper part of the world, has witnessed how the rise of e-commerce has changed the logistics landscape in the region.

Expedited delivery time driven by consumer expectations has led to a growth spurt in fulfillment infrastructure including warehouses, both regionally and locally. The development has also given rise to cross-border trucking and more traditional containerised trade.

However, logistics service providers and users are also looking for effective alternatives to increase flexibility.

“We’ve been involved in looking at a couple of projects where people are talking about 200-300 teu ships sailing at 40 knots, being able to compete in the relatively short lane,” Mr Knudsen told Lloyd’s List.

A typical shipping route of about 1,000 nautical miles long between countries — such as China, South Korea, Japan and Thailand — can be a day trip for these speedy boats.

Provided there is efficient support from ports and the landside facilities, the system alongside cross-border trucking could then add an attractive option to the current solutions, being cheaper and at the same less carbon-intensive when compared to air freights, he added.

“I’m really looking to whether we will see some new products emerging over the next two or three years, which will be fast ships paddling back and forth between ports. No one has done that yet, but we would be interested to support if those products were brought to the market.”

Acquired by Japan Post in 2015, Toll today draws about 40% of its revenue from Asia, on which it relies for future growth underpinned by the robust prospects for e-commerce.

“We really want to see our Asia volume grow dramatically over the next three years,” said Mr Knudsen, adding that China, Singapore, Indonesia, Vietnam and India were the most five promising markets.

When asked about the shorter-term outlook for the box shipping market, he appears optimistic.

In his view, the strong freight rates, albeit softer from the August-September peak season, will last well into next year, largely owing to a continued logistics bottleneck, including the equipment shortages.

He has seen no substantial improvement in the US port congestion, despite recent efforts by local authorities, and warned that terminal productivity in Europe could be impacted by the resurgence of coronavirus infections in winter.

“We think some of these are quite long-term challenges. That means a lot of extra work for us as we try to help our customers.”

That said, the overall robust market has helped the company turn the corner financially this year.