For the carriers, resolving the Catch-22 requires investment in people and infrastructure, but even when volumes do start to flow smoothly again, freight rates are unlikely to tumble quickly. In dry bulk it’s more slowdown news, but the real excitement lies in energy shipping, where there are tentative signs of life 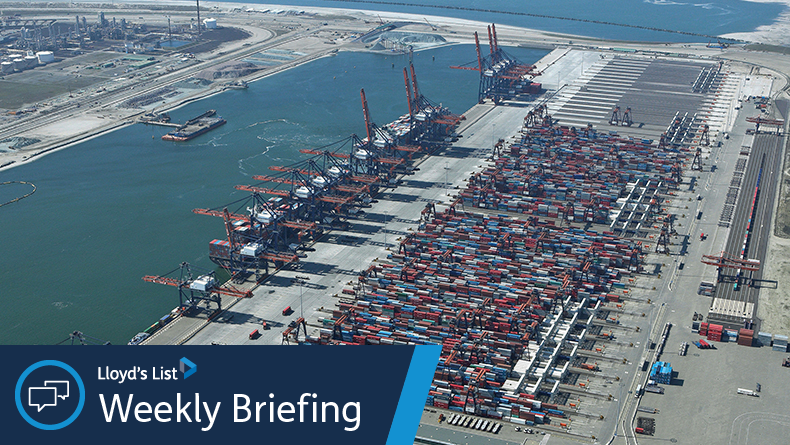 Both Rotterdam (pictured) and Hamburg have pointed the finger at unreliable carriers for congestion.

Where responsibility should lie for the snarl-ups in the containerised freight supply chain is proving trickier to ascertain than the genesis of poultry.

Ports and container terminals, whose yards are so full of boxes that they have become inefficient to the point of logjam, say that regular container line schedules would ease the crisis.

Both Rotterdam and Hamburg have pointed the finger at unreliable carriers for the congestion and restrained throughput they have been able to achieve this year.

But in most parts of the world, freight volumes are little higher than they were in 2019 and there was no global supply chain crisis then. Back then, however, around two thirds of ships turned up within a day of the expected arrival.

That allowed terminals to plan berths and moves, and importantly get boxes out of the gate to allow room for new ones to come off ships. When schedules go awry, this is no longer the case.

Container lines, on the other hand, point the finger at ports for their lack of performance. It is a hard ask to arrive on time when your ship has been parked up waiting for a berth to become available for two weeks.

Mediterranean Shipping Co’s Søren Toft and Hapag-Lloyd’s Rolf Habben Jansen both pointed to the fact that container lines had done everything that was in their power to resolve the crisis. New ships had been chartered and new equipment purchased. But these ships were spending ever longer tied up at sea waiting to get ashore, and the containers were spending ever longer tied up ashore.

For the carriers, resolving the Catch-22 requires investment in people and infrastructure. Getting warehouses open 24 hours a day to take the cargo that arrives 24 hours a day would be a start, but it would also require sufficient truck drivers and chassis to move containers 24 hours a day.

But those conditions and investments are outside the hands of both the carriers and the ports. Small wonder then that the supply chain crisis is expected to run for some time yet.

The final blow for shippers, who are ultimately the worst affected by the crisis, is that even when volumes do start to flow smoothly again, freight rates are unlikely to tumble quickly.

An analysis of previous peaks and troughs in freight prices indicates it will take at best 18 months for rates to return to even the elevated new normal that they are expected to settle at.

But even that would require a collapse of freight rates seen following the global financial crisis, and there are few signs that demand will ease in that fashion. Depressingly for those hoping for a fall, under the worst-case scenario it could take two and half years for rates to come down again. 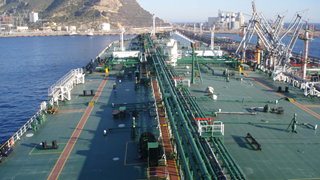 It’s alive! After applying the equivalent of a defibrillator on the tanker market carcass again and again for most of the fourth quarter, there is finally a pulse.

Increased supplies of crude on the export market as refinery maintenance season ends, led by a rise in US production over November and December, is turning rates in the right direction, according to the International Energy Agency’s monthly oil report released November 16.

Things are even brighter if you own a modern ship and have a scrubber fitted: the spread between cheaper 3.5% sulphur fuel oil and 0.5% very low sulphur fuel oil is the widest since April 2020.

The positive sentiment was repeated by Russian Federation-controlled Sovcomflot as it reported its third-quarter results this week, using that well-worn phrase: “cautiously optimistic” and saying the worst is behind the tanker market.

After five consecutive quarters of spot rates for most tanker types and sizes hovering at levels equivalent to operating expenses, November earnings are reporting substantial gains over September and October.

As the old adage goes, one swallow does not a summer (or winter) make — but a decent cold snap and return to international flying in the New Year could see the tanker market arise from its death bed and live to sail another day. 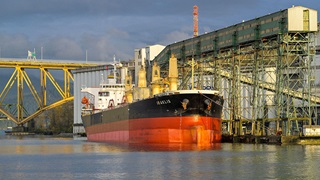 The dry bulk market has been experiencing a bit if a slowdown in demand and in spot rates across all segments.

The most recent drop has been in Canadian wheat volumes available for export, which are estimated to drop to 26.3m tonnes this export season compared with the 45m tonnes shipped in the previous season. The lower volumes are expected to affect demand for panamaxes and supramaxes the most as the grain generally moves from Pacific ports to customers in Asia.

Despite the recent softening in rates, owners remain predictably bullish. Torvald Klaveness expects dry bulk to remain resilient in 2022 as the demand outlook will continue to outpace all-time low nominal fleet growth. So far this year, overall demand has gained 5.6%, and the market has more upside potential than downside risk.

More than 200 ships were stuck in congestion during Brazil’s rainy season and there could be a repeat next time round. Meanwhile, recent typhoons in China also raised port congestion and the upcoming cyclone season off Australia will also start causing disruptions, which will be bullish for shipping.

Finaly, a quick note on FFAs this week. The forward freight agreements market has ballooned, almost doubling in two years to become twice as large as the underlying physical market on which it is based. Derivative volumes bought and sold so far this year are on track to exceed the equivalent of 6.25bn tonnes, mostly comprised of capesize paper. Futures trading has surged as rates for bulk carriers climbed to 13-year highs, with volatility renewing interest in speculative trading and new funds entering for the first time.