IG affiliates overstating deficits by over-reserving claims, and should not use second year of record pool losses to justify all-round price hikes, one of world’s biggest brokers maintains 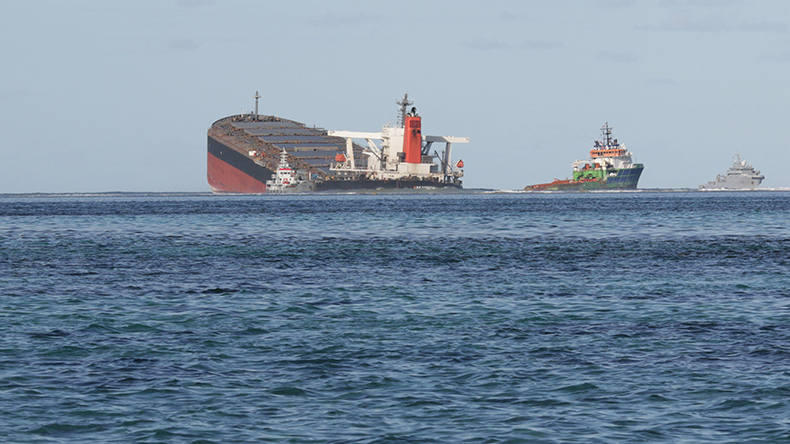 Source: alberto / Alamy Stock Photo Pool claims look set to beat all records this year, thanks to incidents such as the Wakashio oil spill.

P&I CLUBS do not need general increases in the coming renewal round and should price on owners’ individual loss records instead, according to the managing director of the marine & cargo division at Marsh JLT Specialty.

Mark Cracknell spoke after West of England became the first International Group affiliate to unveil its negotiating stance for the next 2021-22 renewal round, announcing a 15% general increase that ranks among the highest seen in the IG in recent years.

Many are inevitably wondering whether that represents a bellwether for the rest of the pack, which will go public one by one over the coming weeks.

Given that almost all IG entities are reporting high combined ratios, several topping 130%, the widespread expectation is for further pain after the high single digit price hikes seen over the last two rounds.

But Mr Cracknell told a Lloyd’s List marine insurance podcast that he will be setting out his anti-GI position in full in a forthcoming report from Marsh, which will be published within days.

Mr Cracknell is critical of aspects of the P&I niche, arguing in the past that clubs are not using their free reserves to maximum efficiency, and advocating consolidation to ensure a smaller group of better-capitalised clubs.

“We are taking the view that general increases are not the right way of restoring underwriting balance in the P&I market,” he said. “The extent of the underwriting deficits that clubs are reporting, in many cases, are probably overstated via the over-reserving of claims.”

The decision from West — not one of the larger clubs — to opt for a mid-teen percentage points jump will embolden peers to seek increases one or two percentage points higher than they might otherwise have done.

But they may find it difficult to do so, given that Bjornar Andresen, chief underwriting officer at Scandinavian giant Gard, publicly stated at a Marsh-organised webinar for north American clients a few weeks ago that his club is ruling out a GI this year.

“Bjornar was absolutely clear that Gard does not believe that general increases are an appropriate approach to renewals. They almost certainly have business where they will look to increase rates, but that’s based on the merits of those particular relationships.

“We kind of share that view, that general increases are an anachronism in the modern world. Our view is that we are not in a bad place, generally speaking. [General] increases are unnecessary.”

The majority of clubs — with perhaps three exceptions among the IG’s 13 members — would qualify for a Standard & Poor’s AAA rating on capital strength.

“If we do accept that premiums have not risen at the same rate business volumes have risen, and claims — while they haven’t risen much — have risen a little, there is certainly a need for adjustment to premiums.

“But we think it should be done on the merits of each individual case, rather than seeking to impose increases on the membership as a whole, regardless of record.”

However, Mr Cracknell declined to quantify the amount of additional premium revenues clubs would be justified to seek. In particular, he accused them of being supremely cautious in how they reserve claims.

“While there have been some significant underwriting deficits reported, they probably aren’t as bad as they appear.”

This can be shown from the historical development of underwriting results by policy year, with the average improvement from first reporting to maturity standing at about 20%.

Mutuals should play a long game, focusing on individual accounts and drawing on their capital reserves rather than reacting precipitously to claims trends.

Again, Mr Cracknell asserted that this will not be as big a problem as is being claimed.

“We are talking about claims within the pool. Obviously a number of those claims will exceed the pool retention of $100m and fall into the reinsurance layer. If you look at the cost of pool claims per gross tonne entered with the P&I clubs, the current pattern is not much different to the pattern in 2012 and 2013.

“If you look at it that way, there were probably unusually low pool claims from 2014 to 2017, with pool claims returning to the pattern they were being incurred in previously.”

In other words, this situation was predictable and could and should have been forecasted.

It is reasonable to look at pool claims as a factor of gross tonne insured by P&I clubs and by this yardstick, the situation does not look out of kilter, Mr Cracknell said.

As a broker, Marsh expects more clients to give serious consideration to changing clubs in the run-up to next February.

“The product is a very good one; high limits of cover, service excellence. But it’s available from all the clubs. There is a strong possibility that shipowners will think, well, I’m not keen to pay an increase that isn’t merited by my own performance and I can see that there are clubs out there who will underwrite me based on my record and exposure.”