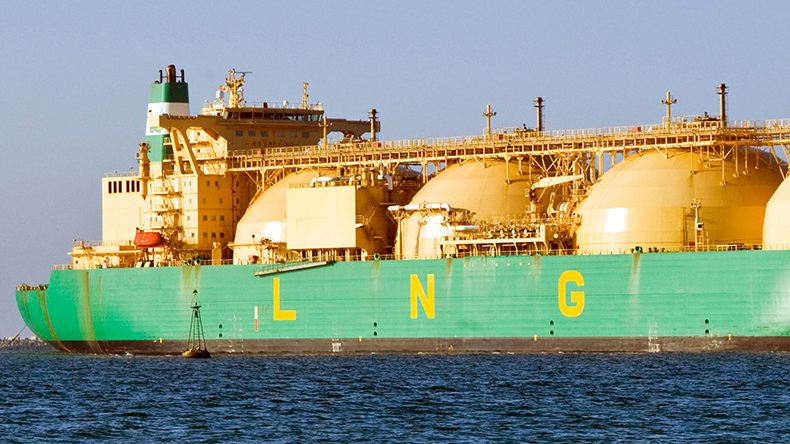 Natural gas prices have surged over the past six weeks ahead of the winter peak, hitting records in Europe and Asia.

THE natural gas and energy crunch sweeping Asia and Europe has propelled spot rates for liquefied natural gas carriers above $260,000 per day on key routes as traders sought vessels to profit from cargo arbitrages worth over $100m.

The Baltic Exchange currently assesses time charter equivalent rates to ship 180,000 cu m of LNG to Tokyo from Gladstone, Australia at $262,215 per day, with LNG-fuelled ships at $201,535.

Pacific LNG rates are trading at a record $64,250 per day premium over Atlantic rates, according to Spark Commodities, a Singapore-based LNG freight assessor.

A mixture of the 630-strong LNG carrier fleet is deployed on long-term contracts beyond 10 years under vertically integrated business models from gas producers and importers.

This contrasts with the transport of bulk commodities such as oil, grains, ores and coal which is done largely on the spot market, and often relegates LNG shipping to lower prominence.

Spot LNG cargoes comprised about 40% of the 356m tonnes shipped in 2020 according to figures from industry group International Group of LNG Importers.

Natural gas prices have surged over the past six weeks ahead of the winter peak hitting records in Europe and Asia. In Europe, countries are competing with Japan and China for spot cargoes amid lower-than-anticipated pipeline supplies from Russia, low wind power output, high carbon and coal prices and depleted inventories.

One 172,000 cm cargo shipped from the US Gulf to Japan yielded an arbitrage of $124m, according to a Flex LNG investor presentation held today.

The US Gulf to Europe route resulted in a profit of $100m.

Flex LNG said a cargo worth $20m based on Henry Hub prices was valued at $120m by the time it reached Europe. The same cargo was worth $144m in japan. Even oil price-linked cargoes had a “massive arbitrage” based on the presentation.

Elevated prices were “here to stay” into 2023, according to Flex LNG, which forecast some 19m tonnes of shorter-term LNG purchases over the October-through-March period. The arbitrage profits were expected to push up charter rates.

The European natural gas shortfall was equivalent to 14.5m tonnes, according to Flex LNG, while inventories at 77% as storage from Russian pipeline supplier Gazprom was “heavily depleted.”

Flex LNG said there were less than 10 prompt available vessels by the end of September, highlighting the supply of LNG for export amid strong demand and depleted supplies of LNG carriers in the spot market.