The Lloyd’s List Podcast: The evolving risk of subterfuge shipping

As scrutiny of the subterfuge shipping fleet skirting sanctions to deliver blocked cargoes has intensified, the tactics being deployed by the murkier end of the maritime sector have rapidly evolved. This week’s edition of the podcast peers behind the increasingly complicated network of opaque tactic and institutions being set up to obfuscate sanctions evasion at sea. Featuring insights from: BIMCO, Lloyd’s List Intelligence, sanctions expert Michelle Wiese Bockmann and C4ADS, a non-profit group that investigates how data impacts security and international conflicts 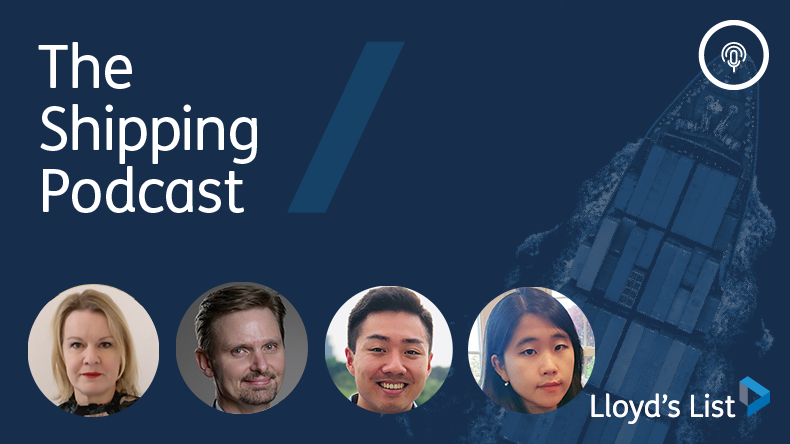 THE fact that a small proportion of the defiantly dodgier end of shipping continue to risk it all in the pursuit of supplying sanctioned states with essential energy, arms and bulletproofed limousines is well understood.

There has always been an underbelly of murky maritime practice where a combination of rogue state security services and suitably financially motivated rules breakers are prepared to try their luck at skirting even the greyest of international trade laws.

But this is no longer a niche concern for risk managers in obscure financial outposts of the industry — the evolution of sanctions evasion tactics is becoming increasingly difficult to spot via conventional compliance checks and it is threatening the mainstream of shipping in the process.

Lloyd’s List has been following the rise of a subterfuge fleet for the past two-and-a-half years, ever since the US-sanctioned Iranian and Venezuelan oil and shipping in early 2019.

Regular readers and clients of our data intelligence service Lloyd’s List Intelligence will be only too aware of the common characteristics at play — with very few exceptions, all are elderly tankers that would have normally been sold for scrap. Instead, they have been bought by (largely) unknown companies since 2019 and deployed solely on these trades.

Lloyd’s List’s internal watchlist has expanded by 20% in past 12 months, and exports from Iran in particular have gained since the Biden administration was inaugurated.

Iran exports between approximately 800,000-1.2m barrels per day of crude and condensates monthly and Venezuela 450,000m bpd, but exact volumes are unknown given the opaque nature of the trades, largely to China and Syria.

All these 180 tankers on our list are engaged in what US agencies describe as deceptive shipping practices that obfuscate the origin and destination of the cargo.

This includes flag hopping, switching off their vessel tracking transponder, or AIS, which is known as “going dark”, ship-to-ship transfers, and multiple ownership and name changes.

They are also engaged in fraudulent and fake flagging, vessel identity laundering, vessel spoofing, and use fake marine insurers.

All of this is well documented, at least for those reading Lloyd’s List and the regular output from the UN’s Panel of Experts pulling together intelligence form concerned government security agencies.

But the risk for the shipping industry is evolving.

As the scrutiny of subterfuge fleet has intensified, the tactics have rapidly evolved.

That evolution is posing a risk to the shipping, finance and insurance entities struggling to keep up with compliance and due diligence.

So for this week’s edition of the Lloyd’s List Podcast, we have called in some industry contacts who we regularly liaise with when investigating the subterfuge fleet to offer our listeners a peak behind the increasingly complex network of opaque tactic and institutions being set up to obfuscate sanctions evasion at sea.

C4ADS, a Washington, DC-based non-profit group that investigates how data impacts security and international conflicts recently unveiled the results of an extensive investigation into how North Korea was using vessel identity fraud to bypass UN sanctions.

The lead analysts behind that report, Lauren Sung and Lucas Kuo, join Lloyd’s List editor Richard Meade, along with Lloyd’s List sanctions analyst and markets editor Michelle Wiese Bockmann and BIMCO head of security, Jakob Larsen, to discuss why shipping needs to be more aware of the complexities of compliance risk.