Human Rights at Sea said previous reports of sexual assault on ships were commonly ignored. Seafarers were reluctant to report assaults out of fear for their jobs 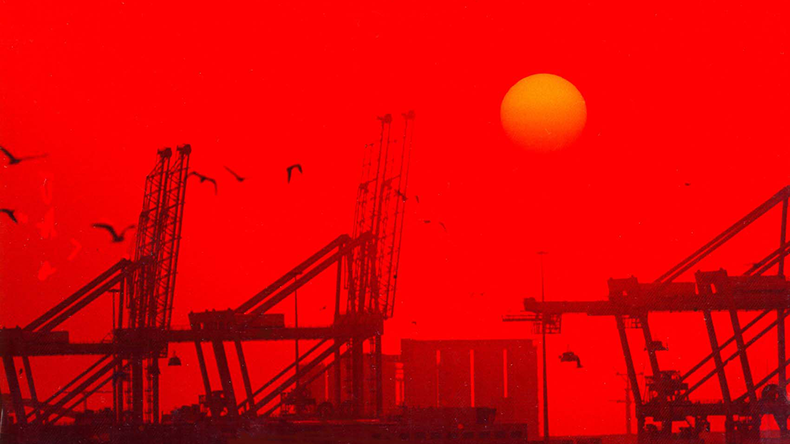 Source: ECT The maritime environment can leave seafarers in distress isolated and vulnerable.

MARITIME charities say more must be done to tackle sexual assault and harassment on ships after claims a woman was attacked on a Maersk vessel.

In an anonymous blog post last month, the US Merchant Marine Academy cadet alleged she was raped in 2019 when she was aged 19 and working on the academy's Sea Year programme, which trains commissioned officers for the military and merchant navy.

Maersk said it was investigating the allegation and has suspended five crew members.

“We are deeply disturbed by the allegation of assault on our vessel and want to express our heartfelt support for the anonymous individual who has recently shared her story,” the company tweeted.

It said it was working with the US Maritime Administration and the US Coast Guard.

“Maersk Line Limited has strict zero-tolerance policies regarding alcohol use and sexual assault/sexual harassment on its vessels in full compliance with US government regulations,” it said. “As part of the investigation process, the master, chief engineer, first assistant engineer and two junior engineers have been suspended pending outcome of the investigation.”

“We are committed to moving swiftly and resolutely to address sexual assault and harassment, protect and support survivors,” they wrote.

Joanne Rawley, a chief officer and board member of charity Human Rights at Sea, said she was “disgusted but not surprised” by the allegation and praised “those who are speaking out”.

Ms Rawley published an account earlier this year about sexism and discrimination against women at sea, but said none of the industry groups she approached would circulate it.

“Not a week goes by without a seafarer contacting me regarding harassment or assault,” she said in an interview. “I was advised my case study was ‘too negative’ to be widely publicised as it may affect recruitment to the industry..

“Instead of standing with me and using my examples, it was quietly put to the side so those in power can continue to pretend everything is fine.”

Safer Waves chief executive Rebecca Newdick said the problems were under-reported as victims feared for their jobs, and of not being believed.

“Sexual violence happens in all walks of life and the shipping industry is no different,” she said.

But she said seafarers could not access the same services as victims of sexual assault ashore, such as forensic medical examinations, access to the police, or the chance to press charges.

Victims had to live and work close to their attackers and many chose to try to forget the experience.

“There is sort of an element of, ‘I might as well pretend it’s not happened because what’s the point’,” Ms Newdick said.

Safer Waves’ volunteers and supporters were upset by the shocked and surprised reactions to media reports about the Maersk rape allegation, because “women in particular have been reporting serious sexual assaults and rapes at sea for years”.

Ms Newdick said flag states should do more to promulgate the International Maritime Organization’s Guidelines for the Preservation and Collection of Evidence following serious crimes on board.

In her blog post, the anonymous cadet said she was the only woman aboard the US-flagged ship and had been pressured to drink heavily with other crew before she was raped in her room after passing out.

She further alleged that of the more than 50 women in her class at the academy, “I have not spoken to a single one of those women who has told me that she has not been sexually harassed, sexually assaulted, or degraded at some point during the last three years at the academy or during Sea Year”.

“Most people, and even the leaders of our school, do not seem to understand how serious this problem is, especially at sea,” the cadet wrote.

Human Rights At Sea chief executive David Hammond said: “The issue of addressing physical abuse of any seafarer is one that requires immediate action and is not to be shunned nor framed in any way whatsoever as a one-off case or a ‘too difficult’ subject.”

Victims of sexual assault or harassment can contact Safer Waves or email its confidential and anonymous service at support@saferwaves.com.

Shipping needs a new code of conduct on seafarer rights