Seafarer mental health is not just a pandemic panic

While the crew change crisis made the headlines during the global health crisis, mental health is once again overlooked. But the next generation will bring seafarer bullying and fatigue to social media

A psychotherapist working with seafarers fears they will be put back in their box when the chaos settles. This could be disastrous for shipping, because bad leadership is closely linked to poor vessel performance 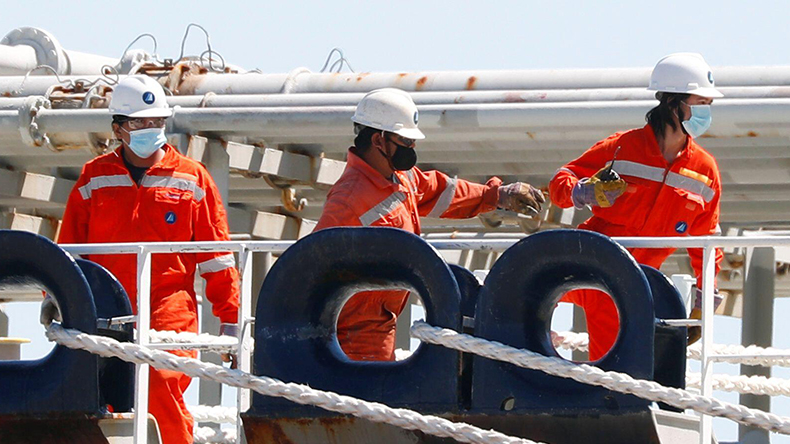 TO WHAT extent is the health of the maritime industry — productive and financial — a reflection of the health of our seafarers — mental as well as physical?

The correlation is closer than we think.

Mental health was pushed to the top of the agenda by the crew-change crisis between mid-2020 and the middle of this year. There was a worldwide urgency to accord key worker status to seafarers.

But apart from the milestone events, such as Merchant Navy Day (September 3) and World Mental Health Day (October 10), which keep the flame alive, seafarer mental health has been all but forgotten amid headlines about freight rates, congestion, and decarbonisation.

What does this forgetfulness say about shipping?

A report from Mental Health Support Solutions, which offers psychological guidance to the maritime sector, reveals that more seafarers called its hotline between April and June this year than they did between January and March. They wanted to talk about anxiety, panic attacks, depression, loneliness, frustration, and fatigue as a result of their never-ending contracts.

This comes after months of relentless effort by crew management teams trying every way possible to book flights, hotel accommodation, bus travel, and meals for exhausted and scared seafarers.

When the coronavirus pandemic struck, everyone had to take mental health seriously, says psychiatrist Charles Watson, managing director at MHSS.

“Now things are slowly getting back to normal, I fear the social side of shipping will be forgotten. I don’t believe people will give it the attention it deserves after most of the chaos settles.”

Mr Watkins has little confidence that the industry really knows how many seafarers have taken their own life during the pandemic, or how the loss of a member of the seafaring family affects the crew.

“Everybody does his own thing,” he says. “Some don’t report it at all — they don’t want the negative press. Some companies are more open about it.”

Given that shipping has no central database of suicides at sea, it is likely the number is a lot higher than stated. What is even less likely to be understood is the impact of a suicide on the mental health of his colleagues, and therefore on the safety of the vessel. People who are not focused on the task at hand will make mistakes. On a $50m ship, mistakes can be costly.

MHSS teaches the important role played on board by the master in building a team.

A good leader will bring the team together, bridge the language barriers, and encourage participation in games. A bad leader creates a toxic environment in which seafarers feel lonely, scared and humiliated.

Not only is there a correlation between good and bad leadership and seafarer mental health, Mr Watkins insists, there is actual causation. “I guarantee you that! There’s a direct impact, and usually it’s not just one person struggling — many others will say they felt it too.”

He believes companies who take seafarer mental health seriously have seen a direct correlation in the number of accidents and incidents, show greater care for the environment, are more efficient, and deliver a higher rate of return on investment.

But there is something even more powerful about to hit shipping: A generation of cadets who will refuse to take the bullying and harassment. They won’t be cowed into keeping quiet when subjected to humiliation, Mr Watkins advises. Videos will appear on YouTube, then the questions will start.

“If the industry fails to act on these mental health issues, which seafarers are more open about, you will see— indeed you are already seeing — a decrease in the new generation.

“They are already demanding better work environments. They are speaking up early and they are speaking back to authority, which the latter are struggling to deal with,” he warns. The new generation is saying, ‘I‘m not taking this anymore. I’m being bullied, I know where to call, I’m going to reach out, this is not acceptable.

“We are going to see conflict between the new generation and the old generation of seafarers and the ship management company, because they will have a stronger voice. They don’t believe they have to suffer as they move through the ranks.

“The new generation is more informed, they can Google stuff more easily and they can make things more transparent. Filming being treated unfairly and then putting it on the internet changes the discussion. There is a transparency that was not there before.”

Mr Watkins is “pretty sure there will be more conflict”. Then the industry will have to act. If these dire warnings happen, the mental health of seafarers will have had a direct impact on the financial health of the company they work for.

Where is the outrage over ports’ refusal of crew change?