Flag should require shipowners to provide detailed up-to-date photographs of all vessels; regularly publish a list of deregistered vessels and employ dedicated personnel for monitoring the AIS status of their entire fleet. Elsewhere, class should be inspecting for AIS manipulation 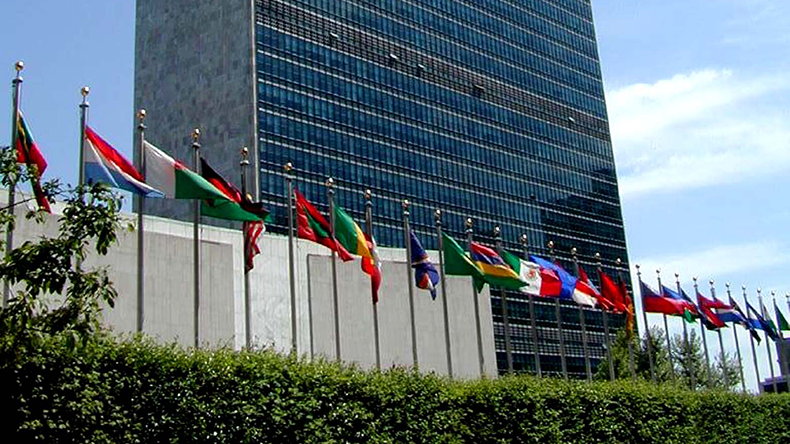 The vast majority of illicit vessel trades are being conducted by companies and vessels with no formal sanctions designation against them, making the breaches harder to spot via basic compliance checks.

Of the 57 vessels identified in the 261-page report, only 14 have been designated as sanctioned entities, according to Lloyd’s List Intelligence data.

The report also shows how state level monitoring of high-risk vessels and trades have proved either insufficient, or in several cases detailed, unwilling to stem the flow of sanctions breaches.

The report recommends flag registries should: Require shipowners to provide detailed up-to-date photographs of all vessels; regularly publish a list of deregistered vessels; and employ dedicated personnel for monitoring the AIS status of their entire fleet.

Governments should monitor yards engaging in modifications to vessels that could hide their identity; issue transparent lists of known AIS fraud and “disclose beneficial ownership information related to all legal entities seeking to register vessels under their ship registry”.

Classification societies, meanwhile, should be required to inspect for evidence of multiple AIS systems installed on vessels and certify the existence of “a single, functional, type A AIS system on each vessel as part of a periodic safety inspection”.

Investigations supported by UN Security Council members further exposed the practice of vessel identity laundering — a technique involving the physical alteration of a vessel in order to obtain a new International Maritime Organization number under which the vessel then fraudulently sails under a new identity, registered under a different flag. The original AIS profile of the vessel is left vacant on maritime databases, enabling other suspect vessels to use it.

This complex and time-consuming evasion tactic has been used by several vessels involved in delivering unreported oil to North Korea as well as Venezuela and Iran and previous reports have indicated that the work to modify ships’ identities had been carried out in yards in Indonesia, Thailand and China.

While the panel is still awaiting responses from Thai and Chinese authorities on this and several other cases, the detailed exposure is likely to add pressure on member states to act.

The UN report follows similar findings submitted to the IMO directly last month via C4ADS, a Washington, DC-based non-profit group that investigates how data impacts security and international conflicts. Those claims have been seen by the IMO’s Legal Committee but require member state intervention in order to consider formal action.

The UK Ministry of Defence issued details in the past month regarding an intelligence operation that had gathered evidence of ships breaching North Korean sanctions.

While details were scant and the MoD declined to elaborate at the time, citing security restrictions, the operations were the first time since 2019 that a Royal Navy ship had supported UN sanctions monitoring and enforcement activity.

The latest UN panel report contains details an elaborate operation involving multiple shipments from Hong Kong to North Korea linked back to a company incorporated in the UK that the panel concluded had violated sanctions.

While the intricate paper trail took investigators from China, Mongolia and Sierra Leone via spoofed AIS signals, multi-million dollar asset sales, registrations, de-registrations and the shipment of an S-Class Mercedes Benz, it was ultimately the UK government that was left without an immediate explanation for the panel.

The report records that the UK “responded that it was following up on the requested information regarding the relevant companies and would revert with more details in due course”.

The UK is not alone in struggling to provide detail of its oversight of opaque business practice supporting the North Korea trades.

China is repeatedly found by the report investigators to be the lynchpin in multiple examples of maritime fraud identified by the UN panel. Its responses to most incidents reiterate the country’s desire to regulate illegal maritime activities, but routinely deny that sanctioned vessels were operating in Chinese waters, despite numerous specific examples and evidence cited by the UN panel.

Of particular concern to the panel was the use of large China-flagged bulk cargo vessels to receive North Korean coal via ship-to-ship transfer in Chinese territorial waters.

The UN panel is still investigating at least two recent cases of China-flagged cargo vessels reported by a Security Council member state to have loaded coal from North Korea-flagged vessels in Ningbo-Zhoushan waters via ship-to-ship transfer and to have delivered that coal to Chinese ports between February and April 2021.

Both vessels were transmitting a China-associated MMSI, with one vessel having a registered IMO number.

The panel received satellite imagery detailing the voyages of the vessels, including their night-time ship-to-ship transfers, the presence of the Chinese vessels at port in China with coal in their holds, the North Korean vessels that transferred the coal, and details of the dates and times of the vessels’ activities. All facts were verified by the expert panel’s analysts.

China responded that an investigation was underway but the authorities “do not have information to share at the current stage”. It also offered a similar response to detailed evidence submitted by a UN member state detailing the “repeated and routine presence” of sanctioned North Korean vessels in Chinese territorial waters and a list of 37 vessels seen engaging in ship-to-ship transfers.

China responded that “according to Chinese verification… vessels suspected to be delivering refined petroleum products to the DPRK… have not entered Chinese ports since 2020”.