LNG likely to be dominant fuel in marine bunkers by 2045 as ammonia and hydrogen engines fail to penetrate market, oil-producing cartel says

The future of liquefied natural gas in marine bunkers ‘remains uncertain for the time being’, resulting some newbuilding orders being cancelled, according to Opec 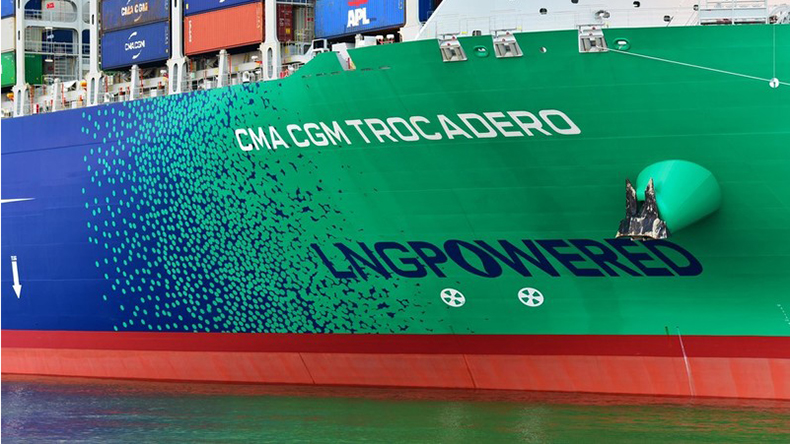 LNG-powered vessels, such as CMA CGM Trocadero, comprised 10% of newbuilding orders, according to Opec.

THE future of liquefied natural gas in marine bunkers “remains uncertain for the time being” and has resulted in some newbuilding orders being cancelled, according to the Organisation of the Petroleum Exporting Countries.

Opec’s World Oil Outlook, released today with forecasts of energy use through to 2045, estimated that LNG in maritime transport would expand in the medium-to-long term. 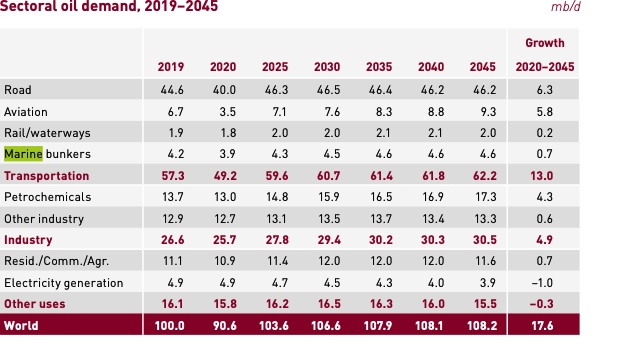 “Some have voiced doubt about [LNG’s] long-term sustainability in view of carbon dioxide emission reduction targets and have called for the increasing use of renewable hydrogen or ammonia instead,” it said. “Some orders of LNG-fuelled vessels have been cancelled amid these concerns.”

The report did not provide further details, nor provide forecasts about gas consumption in marine bunkers, though Opec said it would be the dominant fuel for ships by 2045.

Demand for conventional marine bunkers was projected to rise to 4.5m barrels per day by 2030, from 4.2m bpd in 2019 and remain flat thereafter.

“LNG vessels are expected to achieve sufficient penetration and combined with higher efficiency of oil-based vessels will counterbalance the still-growing trade”, the report said. LNG-fuelled vessels comprised some 10% of newbuilding orders, according to Opec estimates. “The shipping industry is at a technology crossroads in its search for alternative powertrains.”

International Maritime Organization efficiency and emissions reductions targets would not be met without some form of energy substitution, the report said, with LNG the alternative.

Other alternatives included hydrogen, ammonia for larger ships, and electricity as energy sources.

But Opec said that it was unlikely that “a significant penetration of these engines would be reached before 2045”.

“It is clear that technology will contribute to efficiency improvements for internal combustion engines used in maritime transport, though current engines are already quite efficient,” the report said.

Environmental groups have challenged claims that LNG-fuelled ships lower emissions by 20%, raising questions about the longevity of the fossil fuel amid concern that climate change targets cannot be met.

LNG is not the only transition option

Methanol has its limitations for shipping